Because I’m currently staying in a HomeAway apartment in East London (which is absolutely 150% the coolest area of London BTWs), I recently found out about a new part of their website where you can input basic details and then get a recommended list of your personalized “places to see before you die.” It only takes a few seconds to enter basic details and fill in your interests on the microsite, and then it provides a list of recommended tourist places to visit. I just ran through it and it provided me with some…interesting…choices. Here’s what it showed: 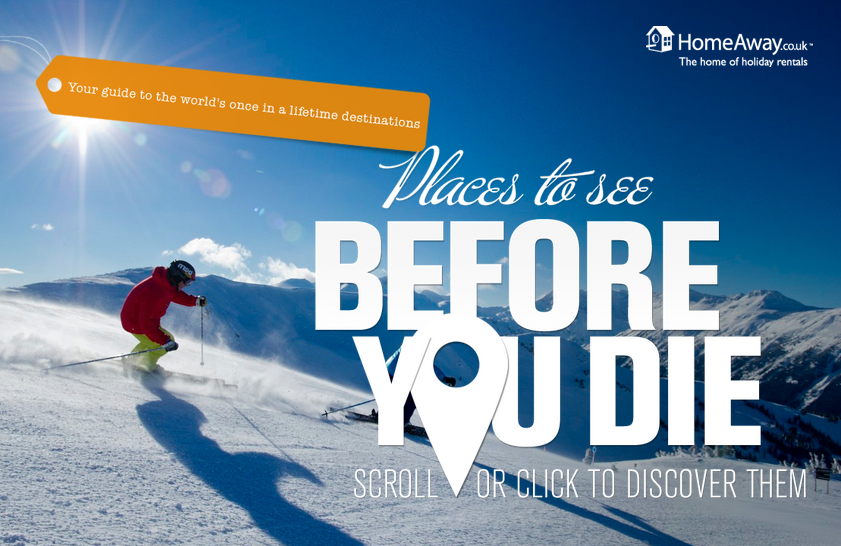 Now, despite the fact that I’m very public about how Iceland changed my life, Greenland has been pretty far down on my list of places to see. It just seems so so so cold. And these photos from Hecktic Travels don’t make it seem warm at all—and they’re from the summertime!! But who knows — maybe by the time I’m 33 I’ll be ready for some skiing and wintertime adventure holidays?! So long as their is mulled wine I suppose….

I suppose it’s quite unusual to be able to revisit faraway tourist destinations, but it’s something I’m actually quite fond of doing. Cambodia is one of the few countries on my round-the-world trip that left me with a profound impression and a strong desire to return. The chance visit Angkor Wat again is one I definitely wouldn’t pass up!

Well this result from HomeAway was kind of funny. Austin is one of the hipster meccas in America right now and it’s a city I’ve already visited several times. In the 2020s I suppose it will have lost most of its hipster cred, but who knows?! Berlin has been the “it” city for at least a decade and it doesn’t seem to be going anywhere too fast…

To be honest, I kind of hope to make it to Singapore sooner rather than later. I don’t think there’s much of a hipster scene but it just sounds like such an interesting destination! A friend who has spent quite a bit of time living there has told me about the strange diversity there—a small, sovereign city-state with a diversity of American and Asian cultures. Plus there’s the Singapore Sling ;)

One of my favorite cities in the world and I’ve hardly ever spent any time there! It’s gay-friendly, one of the world’s biggest cities (that’s a positive for me), has amazing food and some incredible museums. Mexico City is definitely on my “places to see before I die” bucket list. It’s also supposed to have quite the cultural scene with many of Mexico’s finest artists and creative types living together. There’s no doubt in my mind that Mexico City would be a cool and hip city to visit. 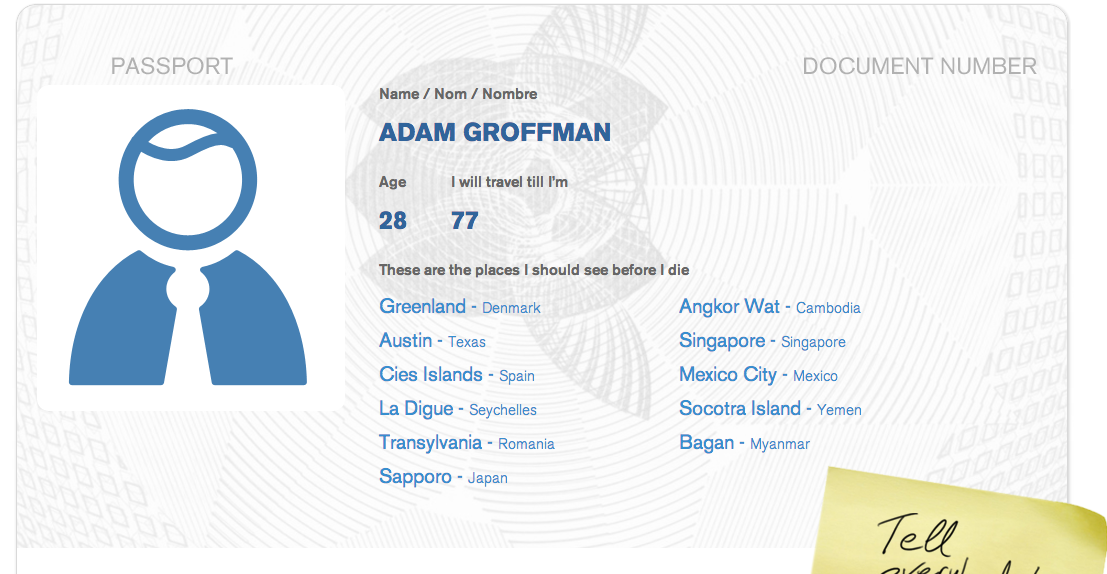 Places to See Before I Die

The HomeAway website recommended a handful of other destinations as well, including Romania, the Seychelles and Japan. Overall I’d say I found the listing to be moderately accurate to my own devious travel plans. Except that I hope to do so much more of my traveling now rather than later. Perhaps I should make a list of “Places to See Before I Turn 30”?

PS: I chose clubbing, beach, gastronomy, unusual and exotic as my interests. I purposely put in a variety of options and got back what I consider to be a pretty diverse list of places to see. Try it for yourself at http://places.homeaway.co.uk