Travel blogs, photos and features from Hoi An, Vietnam 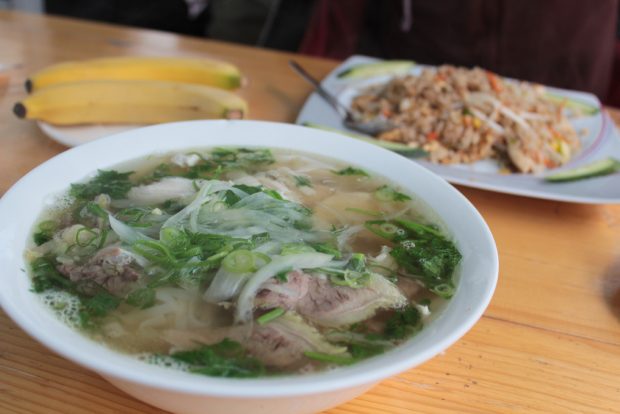 Hoi An is one of Vietnam’s most beautiful and best preserved fishing towns which has a fascinating mix of Vietnamese, French, Japanese and Chinese influences. Start here with my basic Hoi An travel tips, or jump down below to read my latest Hoi An travel blogs.

As Hoi An is on Vietnam’s coast, it’s important to know that monsoons often hit during the summer months, though it can be wet almost any time of year. An important cultural holiday, Tet, is celebrated annually in late January or early February (coinciding with Chinese New Year) and can be a busy time to travel in Vietnam, as many locals will also be traveling to visit their families.

Every night of a full moon (so roughly once a month), there’s a lantern festival, where locals and visitors alike come out to the streets to set lanterns fly off into the night and watch the spectacle. Though it’s a monthly tradition, the first full moon of the year is the most celebrated, so bare that in mind when planning your visit to Hoi An.

Japanese Covered Bridge – One of the most prominent symbols of the city, this bridge was first built in the late 1500s by Japanese immigrants. Though it was partly demolished during the French colonial period, its main arch was rebuilt in 1986 to restore it to its original style, more or less.

Tan Ky House – From the 19th century, this house has been maintained in its original condition since then by the family that built it. This is a great example of the mix of Hoi An’s architecture, with multiple Chinese influences on this traditional Vietnamese home.

Rue des Arts – A street full of heritage buildings in the city’s former French Quarter, this is a great place to peruse some local art in the many galleries and museums. It’s also a lovely street to go café hopping along.

Taking a tour with a knowledgeable local guide is a great way to see Hoi An.

While Vietnam doesn’t specifically have any legislation to protect LGBTQ people, non-heterosexuality is generally tolerated and accepted, meaning that as a gay traveller, you likely won’t notice any different to a straight person visiting Vietnam in how you are received in Hoi An.

While there aren’t any specifically LGBT venues in Hoi An, there are several gay-friendly locations, and these are a few of the best of them.

Pansee Spa – Though everyone visits this place, you can certainly recognize the other gays having a treatment here. Massages, manicures and facials are all well-priced and relaxing, and the setting is convivial and calm.

Am Vegetarian Restaurant – A gay-owned restaurant serving a wide range of Southeast Asian food, all meat-free. The setting is beautiful and it can make for a romantic night out or a nice place to come with friends.

Chic Couture – A great place to come for getting any tailor-made clothes you want, this is one of the most gay-friendly options with flamboyant and friendly staff who will give you a laugh as well as measure you up perfectly!

Well, nearly 12 and a half months since I left on my trip, I’ve finally made it to Vietnam. According to my original itinerary, it was one of the must-stop places for me, which has miraculously held true. Plenty of other countries and sites I wanted to see were cut here and there. Things change …

Read More about Hello from Vietnam