Home » Technology » A Sunday Without my iPhone

For more reasons than it would seem necessary, two weeks ago I was apart from my iPhone for several hours. The digital detox was far from planned but in hindsight, it was a welcome relief.

When you stop to think about it, there are few objects we own that we leave home without. I spend every day with my wallet, my phone, my keys (and my very special Samuel Adams keychain—a token from a faraway home). These are things I touch and use, I see and hold, every day. And not just that they’re always with me. Can you remember the last time you left home without your phone?

It was liberating. But the strangest thing: I barely even noticed I was without it. There were a few moments when I felt the phantom vibration, but it was just an empty pocket. There was the moment that I stumbled on a gay rights protest and wished I had a camera, but that moment passed. (That was a tough one actually. The Enough is Enough group set off hundreds of white balloons which floated up into the sky among Potsdamer Platz’s skyscrapers. So beautiful. And rather than trying to capture it with my camera phone, I just stood there and watched gay couples embrace to the music of Judy Garland).

Now don’t get me wrong: I’m far from an advocate against connectivity. I’ve gotten into debates and arguments with friends (and boyfriends) about my cell phone usage. It’d be safe to day that I am addicted to Twitter, or Facebook. Hell, even Instagram I find myself using everyday. Its a bit complicated because many of these things are at least somewhat necessary for my business. And on the occasional sponsored media/promotional trips that I take, social media usage can make a big impact on the promotion. I like social media, and I use it as much for work as I do for fun. I think that’s part of what makes this blog successful. 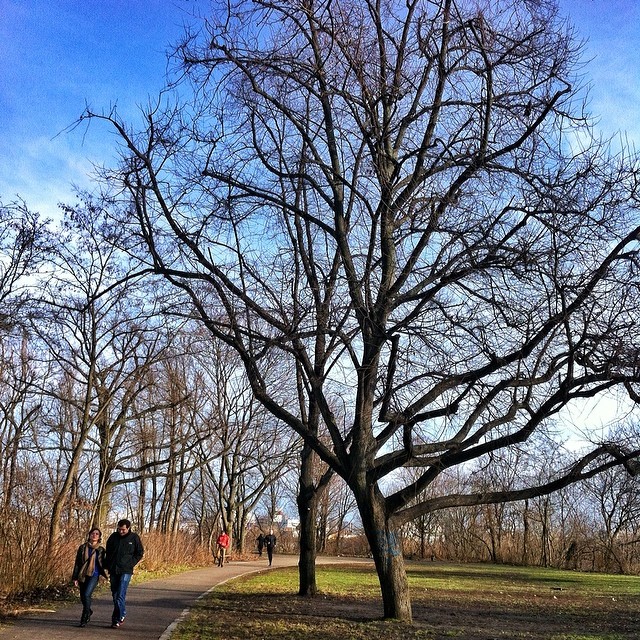 Sunday in Berlin. With so many stores closed, sometimes the only thing to do is to just go for a walk

So it was on Sunday when I’d left behind my phone when going out for the day. It wasn’t planned and in fact it was hard to do. I sat there in my room consciously making the decision to leve without my phone. To go outside with no watch, no phone, no camera. And you know what? The world did not end.

On this one day, this Sunday with my iPhone, I felt calm and comfortable. It may have only been a few hours out of my week, but judging by the follow-up reaction from friends (see below), it’s something we could all stand to do more often. And when coming back that evening, picking up my phone (with zero missed calls or messages!), I realized something important. A few hours disconnected only makes you that much more connected to the world.

I wouldn’t suggesting completely disowning technology, but the occasional digital detox can do wonders to your mental health. And now I feel just a little bit less addicted to social media. Try it yourself and let me know here if you’ve ever taken a digital detox. What did you learn?