Ever since my 3-week holiday at my parent’s home in Texas last December (for Hannukah and Christmas), I’ve had an obsession with pop music. Three weeks in the Dallas-Fort Worth suburbs and a car re-introduced me to the beauty of pop. Plus, since turning 30, I’ve found myself in gay clubs just about every week. Maybe it’s a mid-life (or quarter-life!?) crisis, but I’ve found myself reverting back to my teenage self. And that’s meant a lot of time listening to the radio. Old school.

With the advent of digital music and podcasts, radio has seemingly died but I’d argue there’s been a resurgence of sorts. I’ve even heard the comparison made between radio DJs of the past and present-day lifestyle bloggers (hey hey). DJs have personalities and, in my opinion, the best bloggers today do too.

The radio is a powerful platform for communication—and a free & easy way to access new media. Songs, news, etc. Sitting in my hotel room, I love putting on the radio each morning to hear what’s considered local news and what music is new and popular wherever I might be staying. There’s a simple but charming connection when you listen to the radio… You probably won’t like everything you hear. You can’t fast forward through the awkward commercials. You can’t skip tracks. It’s a passive form of communication where the chance to hear something different (be it news, music or advertising) is always present. And that feeling of powerlessness and passive attention is what makes me attracted to the radio today.

Too much of my life is carefully curated. Facebook’s newsfeed totally gets me—but it only shows me a selective view of my world, curated by some mysterious algorithm. The radio, though, it doesn’t know me. And I barely know it. I’m constantly “seeking” new stations—sometimes I stumble on Christian rock or country and end up listening to it for a while…something I probably wouldn’t have personally sought out before—but there I am—on the radio. (Okay, maybe country rock I would’ve secretly looked for…)

There’s something charming about the tuner on a radio, too. Old-school, vintage radios don’t even allow you to digitally select a station with a “seek” button—meaning you’re literally turning a knob and hoping to hear something. I like the rawness, the realness of radio.

Normally I listen to the radio at home, streaming from my computer (FluxFM my station of choice in Germany, I Heart Radio in the USA). But recently, Sony sent me a new MP3 player to trial and review. I was skeptical at first—I don’t really need another device to have to worry about keeping charged. But this little music player has quickly become a staple of my hipster tote bag contents each day. 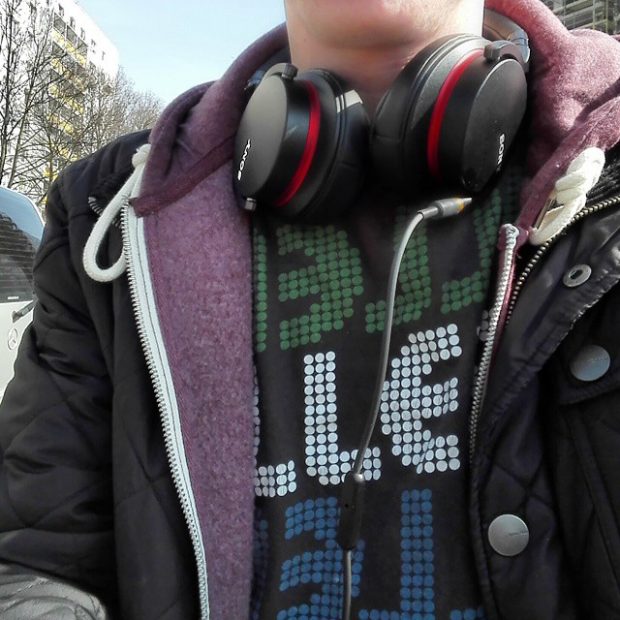 Sporting that Sony style while on my bike in Berlin

The funny thing, though—I don’t use it for the music or the videos I can upload to it (except for Taylor Swift’s 1989 album…I never leave home without that!). Instead, the player comes with a FM tuner. And with the ability to access radio from anywhere I can catch a signal (better than wifi!!!), it’s my favorite way to listen to music now. Radio signals don’t drop in and out like wifi (so long as I’m above ground) and they don’t require hefty mobile data plans. The music comes and stays with me when I’m out for the day. Plus using an extra device for my music rather than my new iPhone 6 Plus means I’m not eating up my phone’s battery life all day. Win-win.

Anyways, this isn’t a sales pitch for Sony’s MP3 player. There are lots of equally easy ways to access the radio. Personally, I’m partial to this home radio which I spotted on Monocle—but many stations live stream their signal online. (Note: some are blocked by ISPs based on your location.)

Regardless, if you haven’t listened to the radio recently, I suggest you dig out something from your attic or else unplug your phone from the car. Turn off Spotify and give the radio a shot. You never know what you might stumble across. (But I’d bet serious money you’ll probably hear some Taylor Swift at some point…) 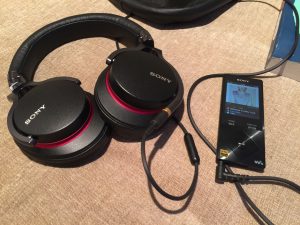