Home » Music » Traveling without an iPod 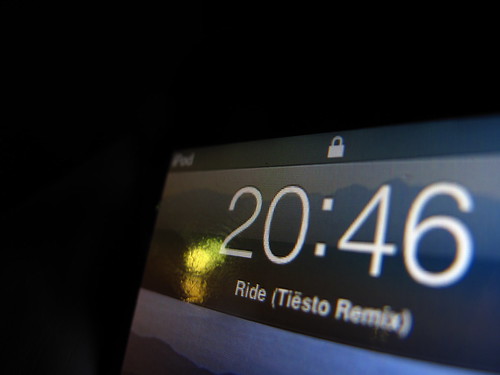 For the past three months or so, I’ve been traveling without an iPod. Everything was fine up until one morning in March when I woke up in my beach hut on Koh Chang in Thailand. When I went to check the time, the light never turned on. I thought I was just a little too bleary-eyed so I ignored it and went back to sleep for another four hours.

When I woke up again, I knew something was wrong. But being on a beautiful Thai island, I couldn’t be bothered too much. My plan: figure it out when I got back to Bangkok in a few days. So what exactly happened after that? Much frustration and lots of patience.

Soon after arriving in Bangkok, I was optimistic. Basically I thought I got lucky because I learned my iPod Touch was still under warranty from Apple. I’d literally bought it just a few weeks before leaving Boston last year, so this shouldn’t have been a surprise seeing as how I had a 1-year warranty. I found an authorized Apple reseller in downtown Bangkok (conveniently near one of my favorite lunchtime markets in Siam Square). There, they took my information, erased EVERYTHING on my iPod and said I could pick it up in 3 or 4 days. The problem with the iPod? The backlight stopped working.

Of course I thought I’d caught a lucky break. And of course I already had plans to leave Bangkok in less than 3 days time. I wasn’t set to return until celebrating Songkran, so I decided to just live and let go. I’d pick up my iPod in a month.

That month of travel—several overnight buses, a long boat ride, and many a lazy afternoon—I was iPod-less. And you know what? It wasn’t so bad. Still, I was looking forward to the day I’d get my iPod back. I hadn’t been keeping up with news, and generally felt disconnected (which in turn made me feel rather guilty about traveling).

When I did finally return to Bangkok to pick up my iPod, I learned that Apple was refusing to honor my warranty for what they claimed was “water damage.” Though the sales clerk also pointed to a large bump—like a tumor—on the back of my iPod (which granted, had been there for months). So Apple wasn’t going to fix my iPod after all. I dejectedly signed my papers and took back my broken iPod…only to find that it now worked! (Probably just opening it up and letting it dry out for a month helped revive it.)

Don’t get too excited for me, though.

Because by this point, I was on my way to Cambodia. And, as some of you may recall, Cambodia destroyed just about every electronic device I own. First my point-and-shoot camera broke on day one in Siam Reap. My cell phone had stopped working a few days before (water damage from Songkran). And what next? Again, my iPod’s screen went dark and the backlight never once turned back on again. Not to mention all my data and music had been erased, so by this point, the iPod was simply just there for me to read the news.

Alas, I’d been so used to traveling without an iPod, this time I just gave it up for good. It’s now sitting at the bottom of my backpack (getting a proper beating) and I’ve decided to just travel iPod-less for the rest of the trip. That means no music. No reading the news on the go or jotting down notes and blog ideas when on long bus rides. No easy way for me to actively ignore others and remain antisocial. Now I’ve got nothing to distract me. No cell phone. No iPod.

It’s been three months I haven’t used my iPod. And you know what? Traveling like this isn’t so bad. I meet more people, talk to more strangers, read more newspapers and instead of playing silly games late at night, I just sleep or read or think. Maybe I think too much (at least recently) but it’s nice to give my fingers a rest and my mind a challenge. Give it a try sometime.

__
I’ve previously written the following posts on traveling WITH an iPod, which I definitely plan to do again seeing as how it really was an incredibly useful tool. Of course, I’ll just have to wait until I can afford it (or better yet, an iPhone).