My internship with the Geneva Initiative has given me the chance to learn a lot more about the conflict here. I like being aware. I am here, after all.

I read once that you start seeing things in the news once you’ve actually been there. You may think and feel that it’s all-of-a-sudden in the news, but it’s actually been there all along—you just notice it now because you’ve got a connection. That’s been the case for me everywhere I’ve been so far. Whenever a country I’ve been to makes the headlines, I always stop for a second. A good thing.

Anyways, this post (as all of them have been recently) is a bit of a ramble, i.e. just some random thoughts. I did want to share some news about Israel, though:

Alright, I hope I haven’t come across as too opinionated (I am), too righteous (I’m not) or too philosophical (maybe).

I’ll close this with some photos from some rallies I stumbled across in Tel Aviv. Rallies seem to occur fairly frequently here, though maybe I’m just noticing them because I’m more aware than I normally would be. 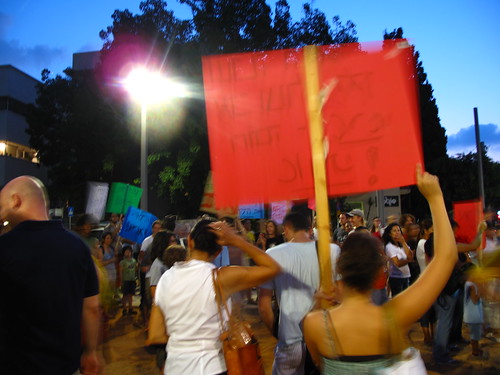 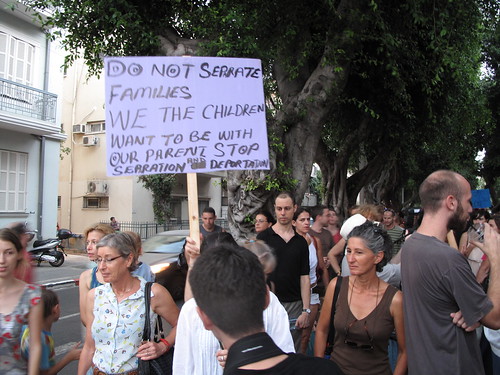 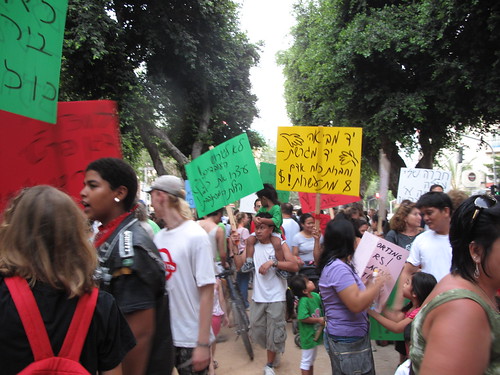 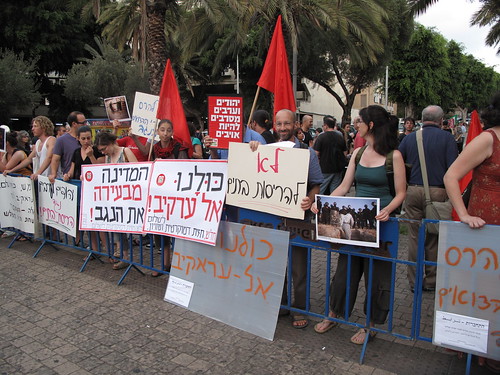