Home » Travel Tips » What is a traveling hipster?

Um, so in the spirit of hipsterdom, this post will be a bit of a ramble. I’ll just write; you can just read. Then, maybe later, you can comment. Or retweet with some pithy remark. Or just click the stumble button and move on. Whichever you prefer. Your call.

As part of my ongoing project to document hipsters abroad, I decided I first needed to define what exactly a hipster is. That’s probably because a lot of you aren’t hipsters, so maybe you’ve no clue. Or maybe you are a hipster and am just curious how a self-described hipster might go about defining a nonentity—a stereotype. So let it begin. What is a hipster?!

Oh yeah, one other thing I wanted to mention before a definition. I don’t like stereotypes. Never have. They’re discriminatory and too general. I also loathe labeling, though sometimes it’s unfortunately helpful. It’s hard to pin yourself to a group and you shouldn’t have to. We’re all people, right? 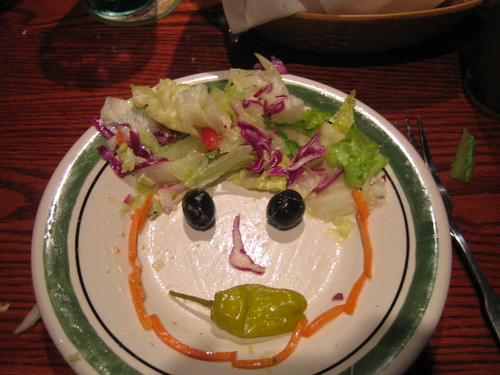 What is a hipster?

A hipster is a person. Hah! That’s right. Plain and simple, a hipster is just like everyone else. In fact, there are so many varieties of hipsters, it’s hard to narrow it down. But putting it simply, a hipster embraces and lives a rather trendy & cultural life—from fashion to music. But because trends and culture change so often, a hipster’s style & interest also changes. The stereotype is constantly evolving. Like Darwin’s Law of Natural Selection, some hipsters never move on—and they eventually die off. A hipster has to change.

I made a list of 59 words when brainstorming how to define a hipster. Just words that came up when I tried to think of what a hipster is. Funny thing? A lot of them contradict each other. A hipster might be a shy, record-collecting girl in Chucks. Or maybe a loud, neon-clad guy in a trucker hat. You just never know.

Except that you do. Because “hipster” has become used rather frequently to identify anyone that doesn’t appear mainstream. So hipsters stand out from the crowd. (Even if they fit into their stereotypical niche of standing out from the crowd.)

And that’s why I’m okay to identify with them. Probably the only label I’m happy to give myself. It can cover any manner of sin: didn’t shower today? No problem. I’m a hipster. Sporting obnoxiously colorful sneakers? Hipster. Wearing embarrassingly skinny jeans? A sleeveless t-shirt? Hipster. What is a hipster? A hipster is awesome.

And what exactly is a traveling hipster?

This is just something I’m toying with. Let’s see what you think. If a hipster generally finds and adheres to the current trends in his or her city, a traveling hipster should technically do the same. That’s why when I travel, I try to find the coolest and most trendy places in the city I’m visiting (in addition to the main sights). It’s where I’m most likely to meet the same type of people I would meet back home. But now they’re foreigners.

Different, but the same. I like that. I’ll share some of my ways of finding trendy, hipsteriffic places while traveling later in the series. Tune in next time, folks.