Travels of Adam? Travels of  a wombat. Wombat Wednesday is an occasional photo series showcasing Mr Wombat’s travels around the world. 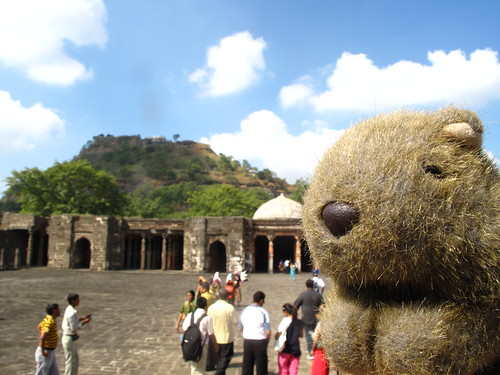 Daulatabad Fort, near the historic Maharashtran city of Aurangabad (what an awesome name, yeah?) is an 11th century fort. On a short weekend excursion from Bombay, Mr Wombat and I joined a one-day tour of Daulatabad and the Ellora caves. Aurangabad doesn’t get many Western tourists, so the two of us stood out a bit. Didn’t stop Mr Wombat from posing for more than a handful of photos, though!

The fort’s got an interesting story. It was actually one of the more interesting sights I toured while in India and it was never even on my itinerary. It came as a bonus during the day trip to the Ellora caves.

My history may be a bit fuzzy, but this is what I remember from the tour:

The fort served as an Emperor’s fortress in the 14th century. Apparently this Emperor (Muhammad bin Tughluk) was paranoid of his empire being attacked and moved his Indian empire capital a total of 7 different times. One of those, of course, he moved the entire capital from Delhi (India’s modern capital city today) to Daulatabad Fort. The Fort served as the capital for 2 years, until the Emperor realized that there was no water nearby. Water had to be carted in from elsewhere. There’s a giant “swimming pool” at the bottom of the hill near the fort which served as a reservoir.

The fort is one of the best-standing Medieval forts today. It’s in remarkably good condition due to its relative peaceful place in Indian history. Probably because there’s a handful of protections on the grounds, from an animal-infested moat to a fortification wall. Also, the only entrance to the inner chambers of the fort requires visitors to turn a corner and then enter through a dark, winding tunnel. Things like that provide the advantage to the home team, and also can scare the hell out of an invader. 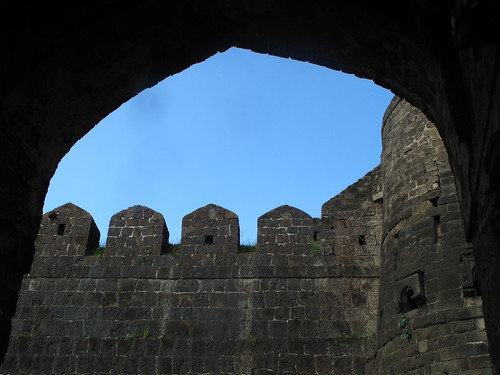 Check out that fortification wall! 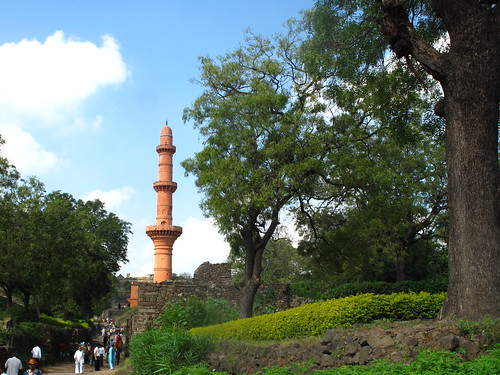 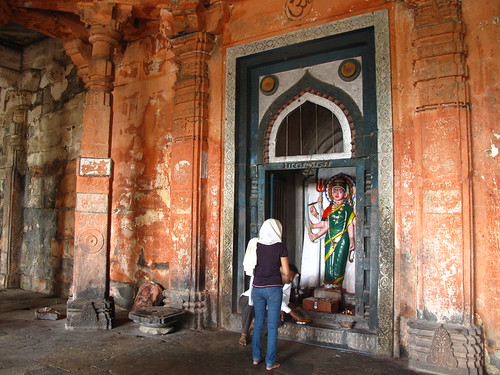 Hindu temple inside the fort grounds 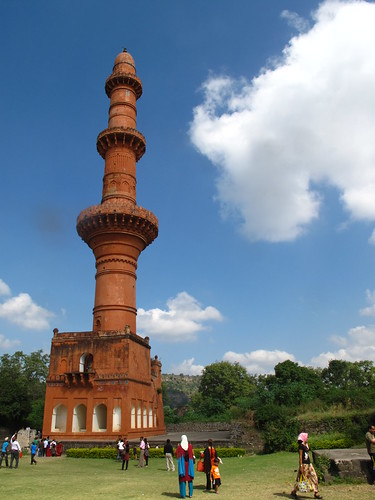 Another view of Chand Minar. During its heyday, it was covered in beautiful Persian tiles. 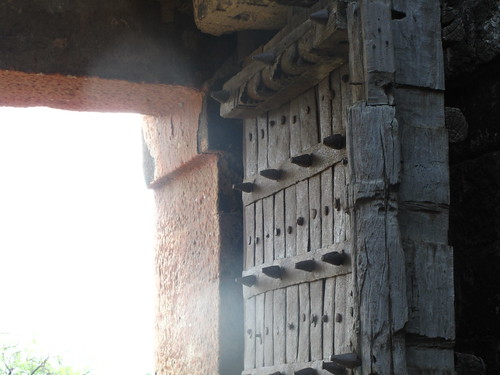 At the entrance to the main fort, the giant, sturdy doors (these are the 11th century originals!) have spikes on them. In medieval India, spikes were used as elephant repellant! Right after going through these doors (if you make it that far), you have to turn a sharp corner which leaves unwanted visitors easy prey. 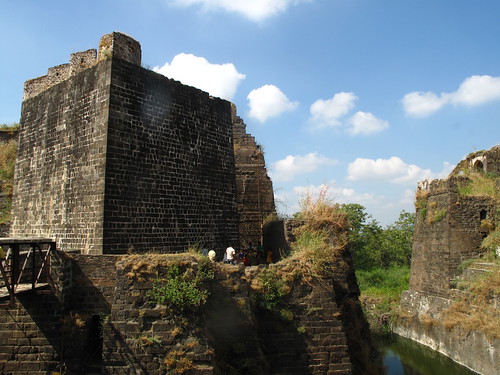 The fort, from inside the walls, after going through the grounds, past the Chand Minar, through the spiked gate. Now you just have to get over this rickety bridge that goes over the alligator-infested moat. A little further in, you’ll enter a bat-filled tunnel until you’re safely inside!

Facts and information for this post come from my memory of the November tour [more photos here], and also some Wikipedia articles.