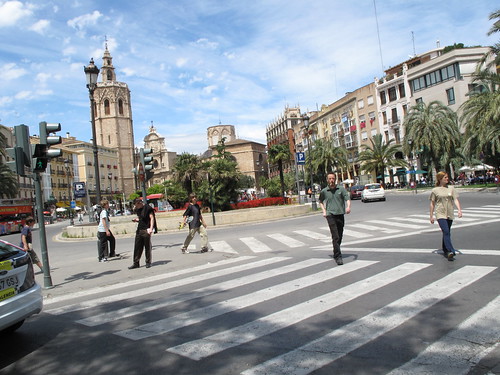 I just finished four full weeks (28 days to be precise) in Spain. This is what I’ve learned, what I’ve loved and what I’ll want to see again. But what you’re probably most interested in: the cost, financial or otherwise.
Things I’ll miss: delicious, delicious tapas (especially those from Granada); reliable and near-constant wifi (weefee!) access; practicing my Spanish, albeit terribly.

Things I’m happy to be without, for the time being: small portions (tapas are great, but so many meals of them gets a bit tiring); Serrano ham is delicious, yes, but again, after so many cheap bocadillos I don’t want to have any more pork for a while; the Andalusian accent. It’s not as easy as elsewhere in Spain and I found it rather difficult to practice what little Spanish I know when it’s near-impossible to understand those you’re speaking with.

On living the Spanish lifestyle: Seriously, I don’t know why we don’t have more plazas here in America. They are very obviously one of the best things in the world. You can sit at a nice café and enjoy your dinner people-watching. Or you can meet your friends there for a night out. Or your city can set up a giant stage and host free concerts (with fireworks!). What’s not to love?

Also, I totally understand the value of a siesta. With the weather like they’ve got here along the Mediterranean, it’d be ridiculous not to take one.

Best tapas: Granada and Madrid were probably the places I had the best-tasting tapas, but Granada wins out for sure because they were so much cheaper. FREE. Just the way it is in Granada… maybe because it’s a bit of a university town?

Best night out: Though I had a lot of nights where I was out past 5am, the best was in Seville probably because of the company I was with. Sometimes you just get along with people, and sometimes you don’t.

Place I’d like to go back to practice my Spanish: The accent was easiest to understand in Valencia and I found it to be the most comforting place to speak in Spanish. Not very turistic either, unlike Seville.

Favorite museum: The Prado in Madrid is absolutely amazing, though I think this time around I honestly preferred the Reina Sofia. The Prado’s collection is the second largest in the world (behind the Louvre) and it’s equally incredible. The Reina Sofia, however, has a modern building and a pretty impressive collection of contemporary art. I particularly liked the new building (and the restaurant/bar with free wifi) not to mention Picasso’s Guernica. 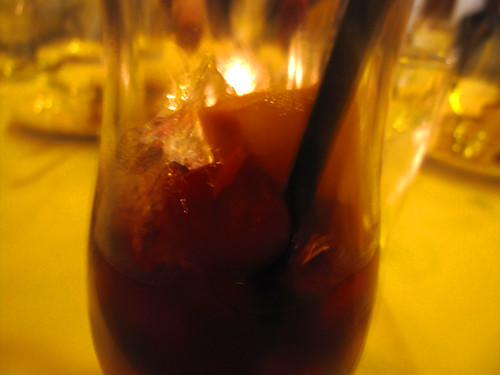 Favorite drink: The Spaniards like their red wine. And rightfully so! They mix it with Coca-Cola to make calimocho (not as bad as it sounds and it’s cheap); they mix it with fruits & spices to make some pretty amazing sangria; or they just drink it because it’s pretty damn good on its own. Personally, sangria won out for me. My best glass was a homemade pitcher in my Valencia hostel. Throw in a bunch of alcohol-soaked fruit, and you’ve got a great night.

On hosteling: I stayed in three different hostels in Madrid—it was hard to find one that had availability at the last minute and I was only booking a day or two ahead. My favorite was La Posada de Huertas. It was closer to some of my favorite areas of Madrid (La Latina & Lavapies) and had a nice open lounge with wifi which made it easy to meet other travelers.

In Valencia, Home Backpackers was cheap and had a nice atmosphere. It was in a great location, too.

Oasis Backpackers’ Hostel in Seville, very obviously a party hostel, was actually very nice. It was clean, had reliable Internet access, a swimming pool (!!) and gave you a free drink on your first night.

Though Oasis also has a hostel in Granada, I chose to stay at Funky instead. The staff there were so friendly and helpful—the atmosphere was awesome. And again, you got a free sangria on your first night.

In Cadiz, I was lucky to find a hostel at the very last minute: Casa Caracol. It was in a great area and had an awesome roof terrace with comfy hammocks.

Places to visit next time on the Iberian peninsula: There’s no question in my mind that I want to return to Spain. Four weeks just was not enough time. I didn’t even make it to Barcelona. (I’ve been there before and tried to hit up new places this time around.)

On my list for my next visit: San Sebastian, Toledo, Segovia, Cordoba and Barcelona just to begin with. I’d like to go back to Granada and Seville. And there are some more beaches along the Costa del Sol that I’m sure are worthy of a visit. And of course, though it’s not Spain, I’ll need to eventually make it to Portugal. 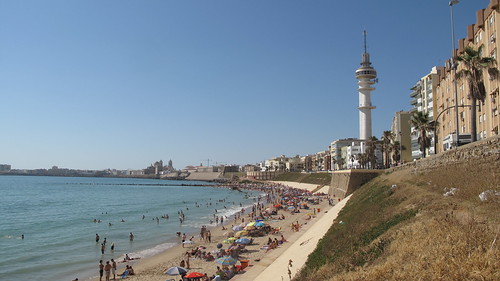 Best beach: Cadiz. Just look at the crowds (beautiful people), the sand (so soft) and the water (calm, but not too calm).

Best Kebab. No question: Granada by a very high margin. Granada, to me, best represented the fusion of Moorish and Christian culture. The Albaicin (old Moorish district) was probably the most interesting I found in Andalusia. And that’s where the best kebabs in Spain can be found.

Cheapest bocadillo: Bocadillos are sandwiches—just a baguette and whatever is inside of it. And usually, that’s a few slices of Serrano ham. In Madrid there’s a chain of delis—Museo de Jamon—which serve up the cheapest bocadillos. Just a single Euro for a tasty snack. Plus the cañas were also only 1 Euro. And you can’t go wrong with that when you’re on a budget.

Best croquette: Unfortunately I had my best croquette on my very first night in Spain. I was a big jet-lagged and ended up being out pretty late, so I have no idea where in Madrid I had it. I just know it was absolutely delicious. And it was one of the few bars in Madrid where you didn’t have to buy the tapas.

Total cost of four weeks in Spain: This is the number that everyone wants to know. Is Spain cheap? Is it as cheap as people believe it to be? It can’t be, can it?

Well, I crunched the numbers and in 28 days, I spent a total $1,766.21 USD. That’s a little higher than my budget, but I still think Spain was pretty cheap. I’m sure it can be done cheaper, too. I ate just about every meal out, most of my snacks were fruits from various markets and I only cooked a handful of meals. Plus it was month one of my RTW trip, so I haven’t quite acclimated to a new lifestyle without a paycheck.

I also splurged on a few nice meals and pretty much drank, on average, every day. If you examine the cost on a per-day basis, $63/day really isn’t that bad. It’s about what my monthly budget for living in Boston would be, and this month included 7 different cities across the Iberian peninsula. Who can complain about that?