Travel blogs, travel photos and features from the land down under 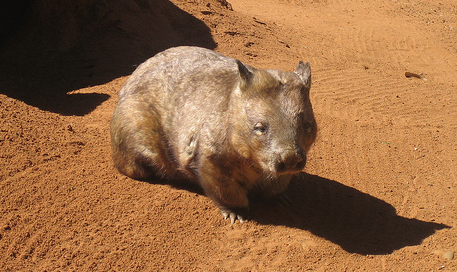 The Land Down Under, one of the biggest but most sparsely populated countries in the world, is famous for many things including kangaroos, incredible beaches and friendly locals.

With so many varied regions and landscapes, cool cities and great food, there are plenty of reasons to visit Australia. Start here with my basic Australia travel tips, or jump down below to read my latest Australia travel blogs.

As the largest island in the world, Australia has a hugely varied climate. The northern part of the country is generally warm all year, while the southern regions get cold in winter – but remember that the seasons are opposite to the those in the northern hemisphere!

Sydney is best visited in the summer months (December to February) if you wish to spend time on the beaches and be sure of warm, sunny days, but the weather there is quite pleasant most of the year, though in winter there are more likely to be rainy days and you’ll definitely want to put on a sweater in the evenings.

In Queensland, it gets very hot and humid in summers, often with brief storms, while winters are drier and a little cooler, making them a good time to spend time in the big cities without sweltering in the humidity!

January is generally a nice time of year to visit most parts of Australia, but this is when school children have their summer holidays, so things can be busier than at other times of year – keep this in mind if you’re planning a trip to Australia at the beginning of the year.

Uluru – Probably the most famous natural landmark in Australia, this red sandstone monolith right in the center of the country, it is sacred to many indigenous Australians. Also known as Ayers Rock, it’s a bit out of the way from pretty much anything else in Australia, but a trip there is one you won’t soon forget.

The Great Barrier Reef – The world’s largest coral reef system, this immense natural wonder off the coast of Queensland in northeastern Australia is a great place to go scuba diving, or just to enjoy the crystal clear waters and lounge on a beach on one of the 900 islands that make it up.

Sydney – While it’s not the political capital of the country, Sydney is the cultural hub and probably the first point of entry for most travelers. From the iconic Sydney Opera House to the Harbor Bridge Climb, there are more than enough things to do and activities for however many days of a stay. It’s hard to visit Australia without a visit to Sydney. Check out this itinerary for a 5-day trip to Sydney.

Hipster cities – Apart from Sydney, the country’s largest city, there are several other worthwhile city destinations in Australia. Brisbane, Melbourne and Adelaide are all worth visiting, especially for their hipster scenes. Melbourne especially is known for its many excellent cafés, cool street art, independent boutiques and other hipster hangouts.

Taking a tour in Australia, whether around a city neighborhood or through the outback, will save you time and you’ll learn a lot more than wandering around by yourself.

Australia is pretty progressive in terms of LGBT rights, though compared to its neighbor, New Zealand still has a little way to go. Nonetheless, big cities in Australia are extremely gay-friendly and welcoming to travelers. Here are some of the gayest things you should know about Australia.

Q Magazine – This free monthly queer magazine based in Melbourne has been running since 2004 and is an invaluable resource for all things gay in southeastern Australia, it covers a “broad range of resources; from entertainment, theatre, and the scene, to fashion, trends, and travel, to health, special events, and technology, to youth issues, dating, and beauty”.

Sydney Gay and Lesbian Mardi Gras – Perhaps the most famous gay street party in the world, celebrations begin on the the second Thursday in February every year and go on for almost a whole month. It dates back to the 1970s and attracts a huge crowd, from all over Australia and beyond.

Hotels in Australia can be quite pricey, especially in the summer months when things get busier all over the country.

An exciting and interesting region of Australia – explore the best of this off the beaten path destination. South Australia has wine, festivals, food & more!

Read More about 5 Surprising Things To Do in South Australia

Swimming With Dolphins in Adelaide, Australia ?

Bucket list item unlocked! Australia, for some reason, conjures up images of untamed wildlife, raw natural beauty and a terrifying fear of death by nature. I’m not sure where all of that comes from, but somehow there’s this image of Australia’s natural wildlife as this scary entity. Blame Bill Bryson and his book. In reality, while …

Read More about Swimming With Dolphins in Adelaide, Australia ?

REVIEW: Puppetry of the Penis at Adelaide Fringe (NSFW-ish)

Photos from the Adelaide Fringe show PUPPETRY OF THE PENIS which exactly what it sounds like. Puppets and penises.

Read More about REVIEW: Puppetry of the Penis at Adelaide Fringe (NSFW-ish)

Photos from the Adele music concert at the Adelaide Oval – Adele’s first tour in Australia with nearly 70,000 people attending

Read More about A Week in Adelaide during Mad March

I was standing at the bar ordering my Friday-night drink of choice—a vodka tonic—when I heard it. The snapping fingers, then the clapping, and then that beat. I couldn’t help myself. My hips we’re shaking. “I’ll be fine.” It was the theme song to Please Like Me—a hit Australian TV series that’s become my latest obsession. …

Read More about REVIEW: The Casual Pleasantness of “Please Like Me”

Why Perth, Australia is now on my bucket list

When I moved to Sydney for a semester to study back in college, I suddenly found myself fascinated with everything Australian: beer, beetles and fast-food chicken burgers. (Don’t ask.) Understandably I did as I tend to do before a big trip—lots of reading. I devoured Bill Bryson’s book in just a few days (still one …

Read More about Why Perth, Australia is now on my bucket list

When I originally planned my trip around the world, the original intent was to end up in Australia with the typical traveler plan of getting a work-holiday visa and finding a job (preferably not on a farm) somewhere in Australia. Now that I’ve been abroad traveling for over a year, I don’t really know where …

Read More about Sydney is on my mind

I got a haircut!

One of the benefits of this blog being titled “Travels of ADAM” means I can post whatever I please. Because this is my travel adventure and you get what you get! So that’s why you’re getting a post about my new haircut. Are you excited yet? Getting a haircut while traveling I think this may …

Read More about I got a haircut!