The Hashemite Kingdom of Jordan is one of the most popular countries to visit in the Middle East, in no small part because of its friendly and hospitable people, spectacular landscapes and amazing food. With tons of history too, it’s pretty much got it all! Start here with my basic Jordan travel tips, or jump down below to read my latest Jordan travel blogs.

Though it’s a relatively small country (roughly the size of Maine), the climate variation between areas of the country at significantly different altitudes can be extreme. The Dead Sea, which lies below sea level, is almost always much warmer than anywhere else in the country, while the capital, Amman, only a few hours drive away can get snow in the winter.

An important religious celebration to keep in mind when planning a trip to Jordan is Ramadan, taking place during the ninth month of the Islamic calendar (usually some time between April and June) and is observed in Muslim countries around the world and means a time of fasting during daylight hours. This means that if you visit Jordan during Ramadan, it may be difficult to find places to eat while the sun’s up!

The Dead Sea – At the border between Jordan, Israel and Palestine, the lowest body of water in the world is famous for being extremely high in salt content meaning that almost anything will float in it! There are several beaches (mostly belonging to hotels) along the Jordanian side of the sea where you can cover yourself in the exfoliating muds and then float in the water – just don’t go in right after shaving because it will sting!

Petra – This iconic historical sight in southern Jordan is not to be missed. Famous as a filming location for popular hits such as Indiana Jones and The Mummy, this ruined Nabatean city built around 2300 years ago deserves at least a full day, if not more, to fully appreciate it.

Wadi Rum  – You’ve probably heard of this desert valley in southern Jordan because of the movie Lawrence of Arabia which was famously filmed here. It is popular with tourists interested in rock-climbing and other adventure activities but you can also just watch the sunset and then take a night-hike in the evening to do some star-gazing before settling in for the night in a Bedouin tent.

Organising your own transportation in Jordan can sometime be a bit tricky, so taking a tour will save you time and get you around much more quickly. Take a look at this selection of Jordan tours.

As one of the more progressive countries in the Middle East in terms of protections for and acceptance of LGBT people, Jordan is a relatively easy place to travel as a gay person, but homophobia definitely still exists. At the same time, seeing men holding hands in public is relatively common – it’s a sign of friendship, and many Jordanian men are quite appreciative of male beauty even if they’re not gay, so it may screw up your gaydar!

There isn’t a traditional gay scene of clubs, bars and drag shows in Jordan, but there are some known hangouts frequently largely by men seeking men, and unsurprisingly they’re all in Amman, the capital and largest city. Here are some of the best places to know about.

Books@cafe – This bookshop and café would easily fit in to any gay village in Europe or North America and provides a wonderfully stylish setting to meet beautiful men, except that most of them are puffing on water pipes.

Blue Fig – Another cozy place frequented mostly by middle class Jordanians and tourists, this café and bar is a good place for brunch and also for a bit of light cruising. Clearly not all the clientele is gay, but it’s more likely than not that the cute guy glancing at you from across the room is interested in something than most other places in the city!

Cube Lounge – While not specifically a gay bar (Amman doesn’t technically have any openly gay bars), this place often plays kitsch and campy 80s music and attracts a young crowd up for a good time. Naturally, therefore, it’s become popular with the local gays!

I’ve found using Booking.com, Agoda.com or Hotels Combined is a great place to start and can be really useful for finding some amazing last-minute deals.

24 Amazing Places to Visit in Israel, Jordan and Palestine

One of my favorite parts of the world is also one of the most complicated. The tiny stretch of land…

Food in Jordan: some mezze recipes

Recipes for tabbouleh, cucumber-mint-yoghurt dressing and baba ganuj—some of my favorite mezze foods in Jordan.

The absolute highlight of my Christmas in Jordan trip (yes, I liked this even more than Petra), was camping overnight…

Mount Nebo, a viewpoint and summit in Jordan, is (according to the Bible) where Moses first saw the promised land.…

Why I wanted to visit Petra a second time

Back in December I visited Jordan for the second time. I’d been to Petra the year before (read about my… 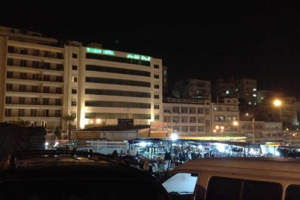 For lack of creativity, time and battery power, I’m not really sure how to word this feeling I’ve got. But,… 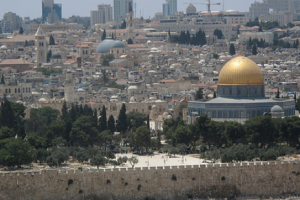 About the border crossing Israel is notorious for tight security. Especially at their borders. So even though I was leaving… 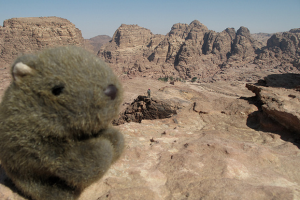 Travels of Adam? Travels of a wombat. Wombat Wednesday follows Mr Wombat on his travels around the world. This photo… 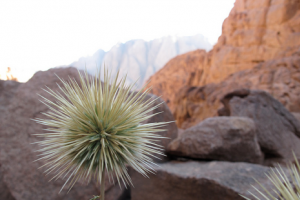 Dear YOU, I haven’t written a rambling post in a while (uh, ever?) and I’ve been up to a lot…