South America is a huge continent that spans two hemispheres and pretty much every climate zone on the planet, so the best time to visit will depend a lot on which regions within the continent you’re planning on going to. If you’re going to Patagonia, summer (December to February) is no doubt the best time to be able to enjoy the outdoors, when temperatures are warmest and there is the least snow.

For the high altitude areas of the Andes tracing roughly along the Pacific coast from central Peru to central Argentina, May to October is a good time to visit to be sure of dry, sunny days, though of course with high altitude comes low nighttime temperatures, so make sure you pack enough sweaters!

If you’re heading to the Caribbean and Atlantic coast in the northern part of the continent, from Colombia to northern Brazil, it’s usually best to avoid visiting between roughly July and October when there is risk of hurricanes and lots of rain.

Overall, considering that pretty much all of the South American countries have large christian populations, big holidays such as Christmas and Easter are very busy (and potentially expensive) times of year to visit, though the local celebrations can be very worth while to see if you can manage it!

Planning a dream trip to South America? There are so many ways to plan a trip, but the first step is choosing a starting point and an ending point—usually dictated by your flights. Once you know your starting city and final destination, you can connect the dots pretty easily. Here are four suggested two-week itineraries for South America.

Buenos Aires – Ushuaia – Punta Arenas – Torres del Paine – El Calafate – Start off in the Argentine capital for some European style splendor, tango and steak before flying down to the southernmost city in the world on Tierra del Fuego to see penguins and ride an old steam train originally built for transporting prisoners! Cross over into Chile and to Punta Arenas for more spectacular and otherworldly landscapes before venturing further north to the impressive national park of Torres del Paine, where you can enjoy several day hikes out into the wilderness. Finally, cross back into Argentina to the town of El Calafate and make a trip to see Perito Moreno, the only glacier in the world that is actually growing!

Santiago – Valparaíso – Calama – Uyuni – Sucre – La Paz – Begin in the Chilean capital Santiago and give yourself a few days to acclimatise to the altitude while also enjoying the café culture, cool shopping and fun nightlife. From there, head to the colorful coastal town of Valparaíso for some sea air before flying up to Calama in the north of Chile. This is the best place to organise a multi-day off-road tour through one of the strangest and most extreme landscapes in the whole continent across the border into Bolivia and ending up in the famous salts flats of Uyuni. From there, descend a few thousand feet to Bolivia’s constitutional capital, Sucre, and enjoy this cool colonial city for a few days before flying up to the de facto capital and largest city, La Paz, for a more metropolitan vibe.

Arequipa – Cusco – Machu Picchu – Nazca – Lima  – Begin your Peruvian adventure in the country’s second city, Arequipa for its beautiful colonial architecture, views of the impressive Misti volcano looming in the distance and great food. Head to Cusco for a few days before either hiking or taking the train to the ancient Incan city of Machu Picchu. Turn back towards the coast and fly over the mind-boggling Nazca lines before heading up the coast to the capital Lima to indulge in more great Peruvian food and the city’s excellent nightlife.

Guayaquil – Galápagos – Quito – Medellín – Bogotá – Cartagena – From Guayaquil, Ecuador’s largest and most modern city, fly out to the Galápagos Islands to experience this unique eco system and see some of the most impressive flora and fauna in the world. Fly back to the mainland, landing in Quito, Ecuador’s colonial capital. From there, fly over the Colombian border to Medellín, a perennially beautiful city with a cool art scene and loads to see and do. Spend some time in Colombia’s capital, Bogotá before heading up to the Caribbean coast at Cartagena for colonial architecture and pristine sandy beaches.

Taking a tour in South America can save you a lot of time and also expose you to places and experiences that you might otherwise miss out on in your own. There are also some parts of the continent that really the only way to see them is by tour. Take a look at this selection of South America tours.

South America is a very mixed bag when it comes to LGBT rights and equality. Some countries (such as Argentina and Uruguay) are very forward thinking on these issues, but others (such as Guyana) are pretty backwards. But there are several big metropolises that have huge gay scenes and plenty of queer life worth checking out: these are the most gay-friendly cities in South America

Buenos Aires – Probably the gayest city in South America, the Argentine capital is a great place for queer travelers with tons of great parties, events and businesses specifically aimed at LGBT people. Things happen late in Buenos Aires, and people typically do not eat dinner until around 10pm, so most bars don’t get busy before midnight and clubs usually don’t open till 1am at the earliest.

Rio de Janeiro – Known around the world for its epic carnival and annual gay pride event that attracts thousands of people from all over the continent and beyond, Brazil’s second city is pretty gay. It has everything you could want from a city with fantastic sights, great art, wonderful international food and best of all, beaches right in the city! There are even some specifically gay beaches include Ipanema and Bolsa.

Lima – The Peruvian capital has a decent gay scene, mostly centered around the modern and very liveable neighborhood of Miraflores. ValeTodo is probably the most famous gay club in town and is worth a visit for a good time. Though Peru is generally speaking one of the more conservative countries in South America, Lima is still very welcoming to LGBT visitors, and it’s an easy place to travel as a queer person.

South America has plenty of cool and quirky hotels, as well as all the big chains you’d expect throughout the continent. Booking in advance is often a good idea and I’ve found that using Booking.com, Agoda.com or Hotels Combined can be really useful for finding last-minute deals. 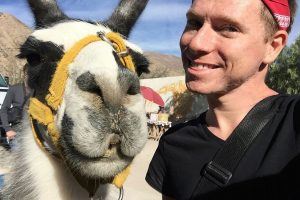 A Day Out in the Desert with Pachamama

A story from visiting the small desert town of Tilcara in Argentina’s northern territory, Jujuy – and discovering the earth goddess Pachamama in nature 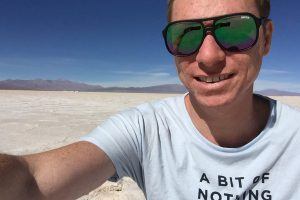 Earlier this year I visited Argentina for the first time. Visiting the northern areas of the country, I found myself taking… 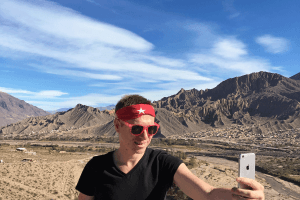 With gay bars and clubs closing and a more LGBT-friendly society, the gay world is changing and millennial travelers are changing how, where & why we travel