My $20,000 for travelling around the world lasted 13.5 months, 10 countries and a whole lot of experiences. 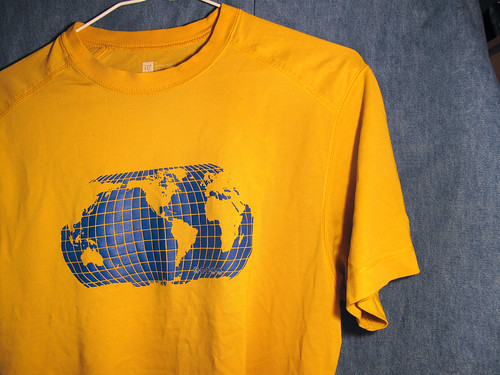 How much does a round-the-world trip cost?

I have no idea. Traveling around the world is a very vague and very personal objective. For me, I had my five reasons to travel around the world, a rough RTW itinerary and some cash when I set out on my RTW trip in May 2010. I did some rough estimates before leaving of how much I’d need to travel in certain countries and came up with a rather rudimentary budget of $1,500/month. I told everyone I’d be back in America or working in Australia within a year. The $1,500 was just a number; the goal of getting a job in Australia was just an objective to give me a purpose. With my timeline, my published itinerary, my secret itinerary in my head and my budget, none of the math actually added up. But it didn’t matter.

When I originally decided to travel around the world, I decided I wouldn’t go until I’d saved up X amount of dollars. After doing a little bit of research online, I eventually settled on $20,000 as my pre-RTW trip savings goal. Luckily with the budget I’d already been living on in Boston, reaching the $20,000 mark was nicely timed with my 3-year anniversary at my job. So when I quit my job in April 2010, with a plane ticket to Madrid for May 5, 2010, I had $20,000 in my bank account and I was ready to move. 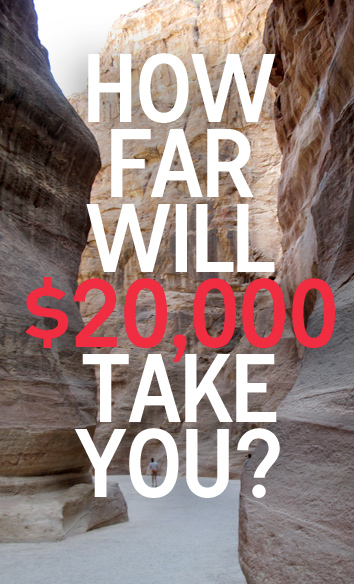 Twenty thousand dollars is a big number. I realize that. It took me years of saving, a few lucky breaks, living in cheap apartments and a well-paid career for a kid just out of college. It helped that my favorite beer was also one of the cheapest. But when I left to travel around the world, I honestly didn’t know or have too many expectations on where $20,000 would take me.

Actually, it was almost exactly 13.5 months of RTW travel. I spent the very last of my $20,000 on a flight from Vietnam to Berlin a few months ago. The $600 plane ticket could have been used to get me from Vietnam to my parents’ house in Texas, but I decided to take a risk, a gamble. I decided to have a last bit of fun on my favorite continent (that’s Europe) before heading back to America. But more importantly, I wanted to give myself a chance at pursuing my dream of living & working in Europe. So I flew to Europe instead of home.

But back to the money. My $20,000 for travelling around the world lasted 13.5 months, 10 countries. It bought me a new camera in Cambodia and a custom-made jacket in Vietnam. It gave me weeks on quiet beaches in India and Cambodia, a month “break” from travelling in Jerusalem, the chance to learn about the Israeli-Palestinian conflict and a day trip to an elephant reserve in northern Thailand.

Twenty thousand dollars gave me the best time of my life. It brought me around the world and a million priceless experiences. People always want to know how much it cost me to get here to this point. “You’ve been travelling for how long? Wow! How much did it cost you?” It cost me $20,000 to get from Boston to Berlin, with a hell of lot in between.

In the past 16 months or so, there were three places that turned out to have the biggest impact on my life: Israel, India and Cambodia. Bangkok, travelling in Vietnam and my month as a hipster in Berlin were also important places to me, but on a smaller scale. If you’re interested in reading up on my travels up to today, check out my post One year abroad, and then up to the point where my $20,000 disappeared: Going on a Eurotrip!