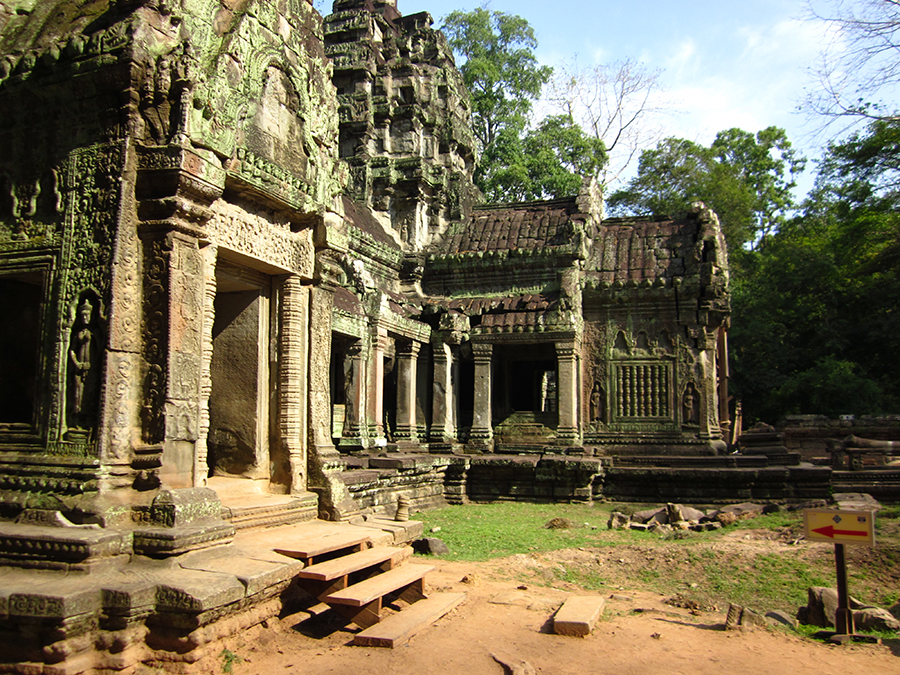 When I look back at my 18 months of traveling around the world, Cambodia is one of a few countries that stands out. I spent one month backpacking in Cambodia and it was one of the best month of all my travels.

Many people may visit Cambodia simply for Siem Reap and it’s ancient temples of Angkor Wat. Rightfully so as it’s one of the most impressive travel destinations I’ve ever visited. Angkor Wat is a massive Khmer temple complex and it can take several days to visit more than just the basic temples. Seeing as how they’re spread out over a pretty wide distance, it’s also worthwhile to visit the Angkor temples over a span of days. (It’s advisable to do this with visits to the hostel pool each and every afternoon, or perhaps to the Blue Pumpkin.)

One of the most interesting temples I visited during my few days in Siem Reap, was far and away the Ta Prohm temple.

The Ta Prohm temple was most impressive for its lack of tourism development. The trees are overgrown, the rocks are piled up. Because of its lack of development, the temple is probably one of the most photogenic (though I know several other people who are partial to the Bayon temple with all the faces…)

Ta Prohm was also heavily featured in the Tomb Raider movie, probably because it looks so…eerie. With the overgrown trees and giant tree roots which have so obviously conquered the man-made temple, there’s something eerily tranquil and yet soothing about Ta Prohm. 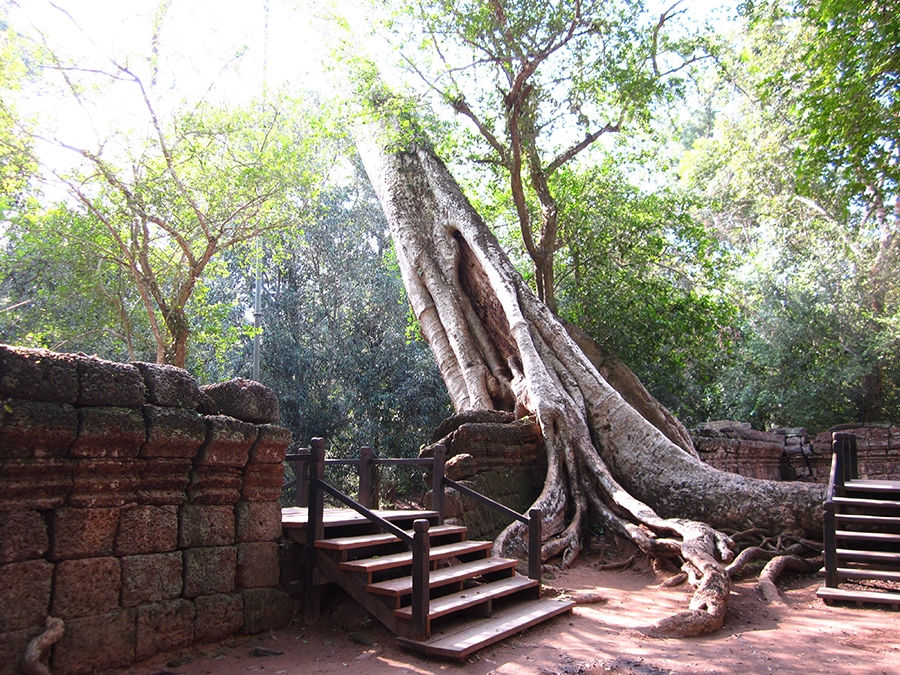 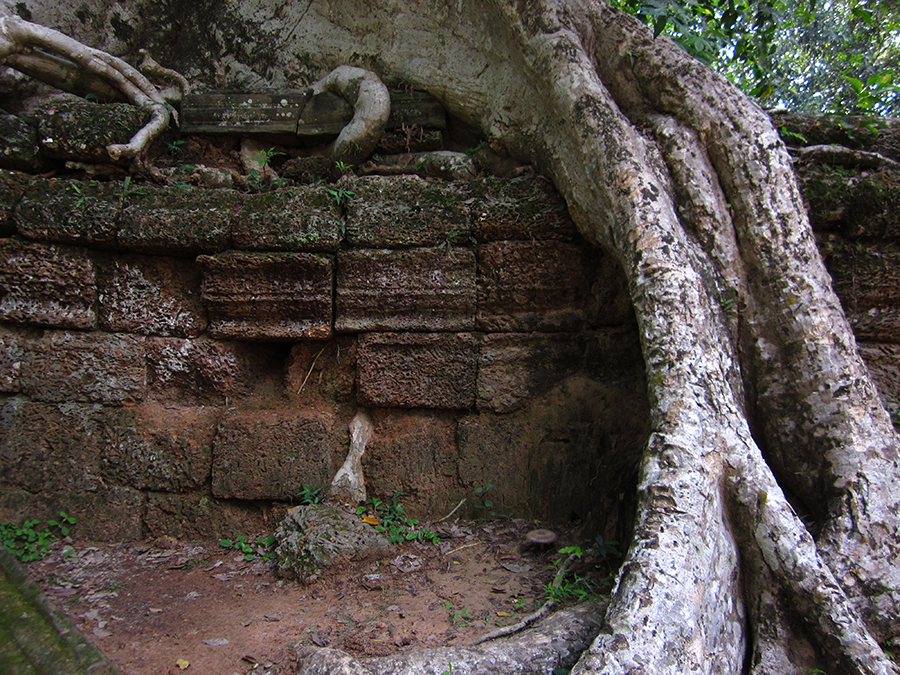 This tree just looks so heavy. Just looking at it makes me tired. 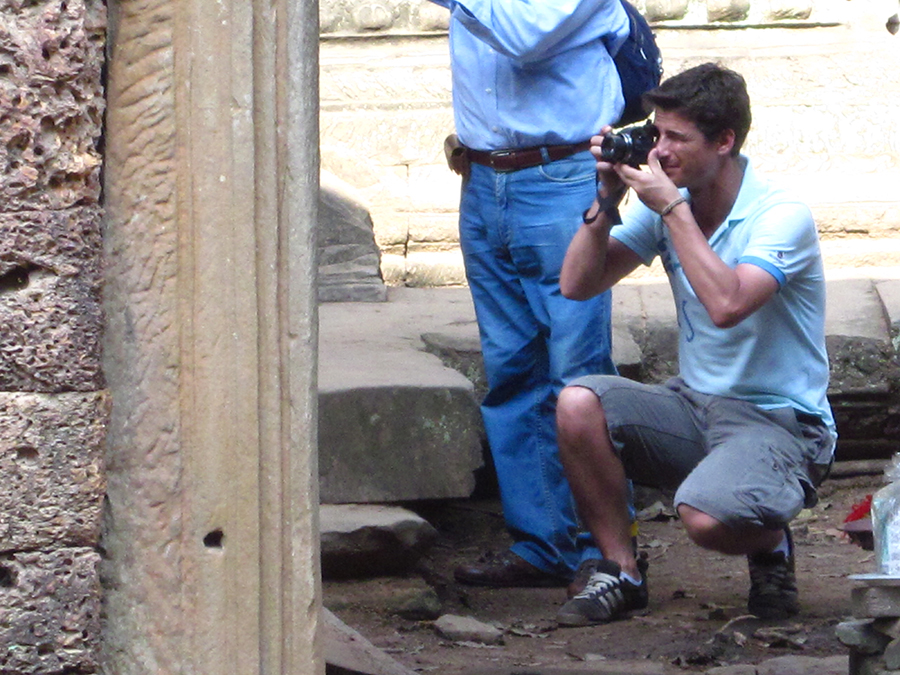 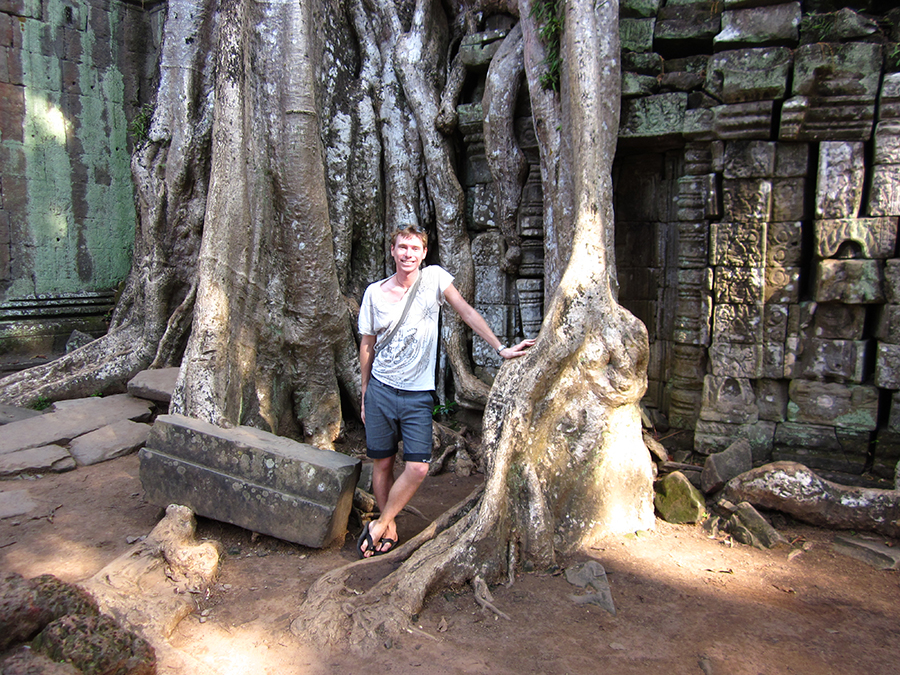 Trying to make peace with the trees before they come after us like Treebeard with Sarumon. 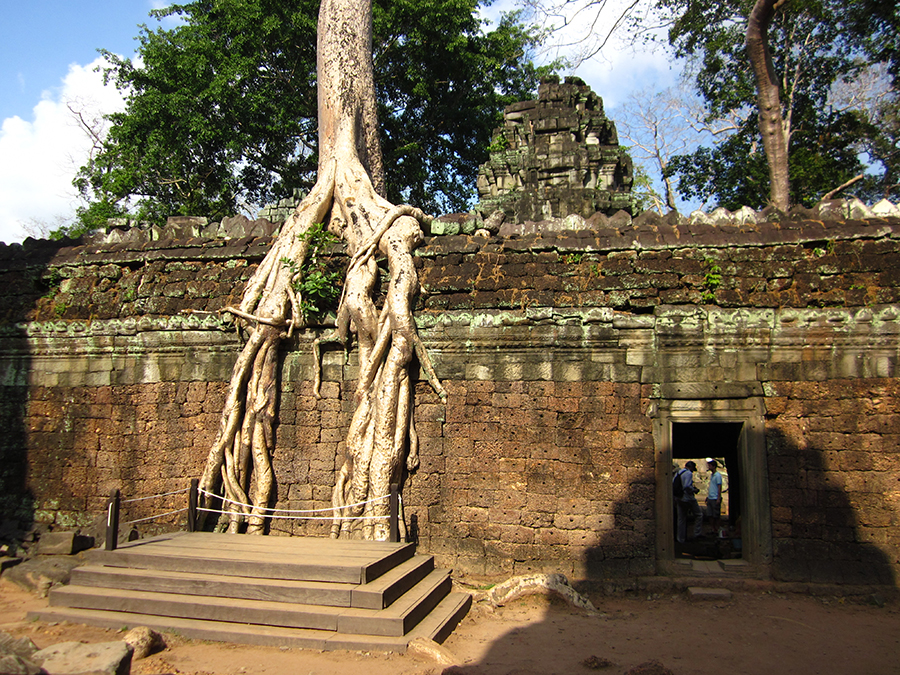 Afternoon sunlight reveals that this tree is some sort of deity. And we, its minions. 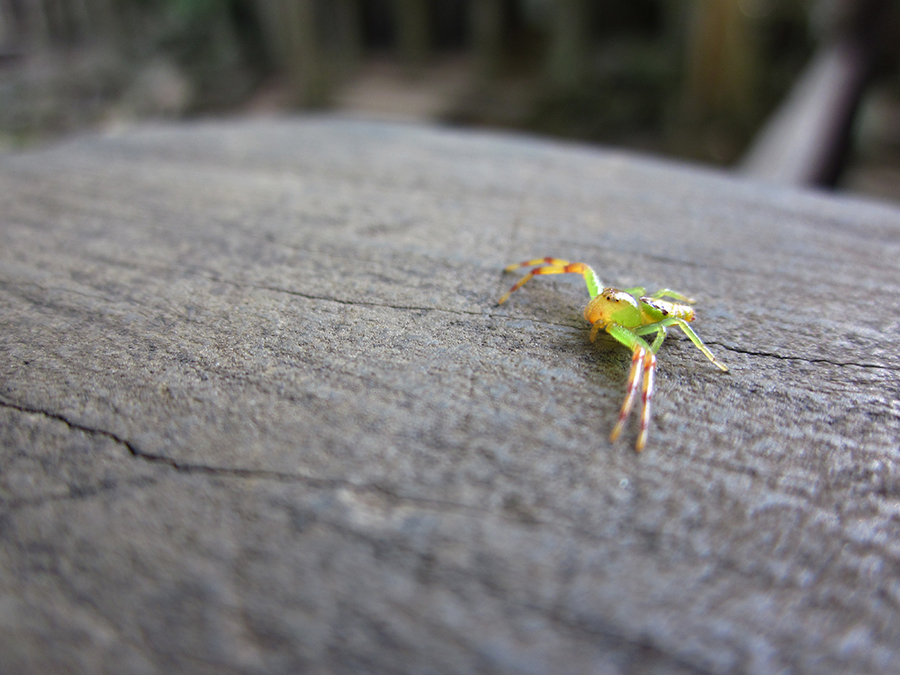 Some probably terrifying Cambodian insect, but it sure looks pretty! 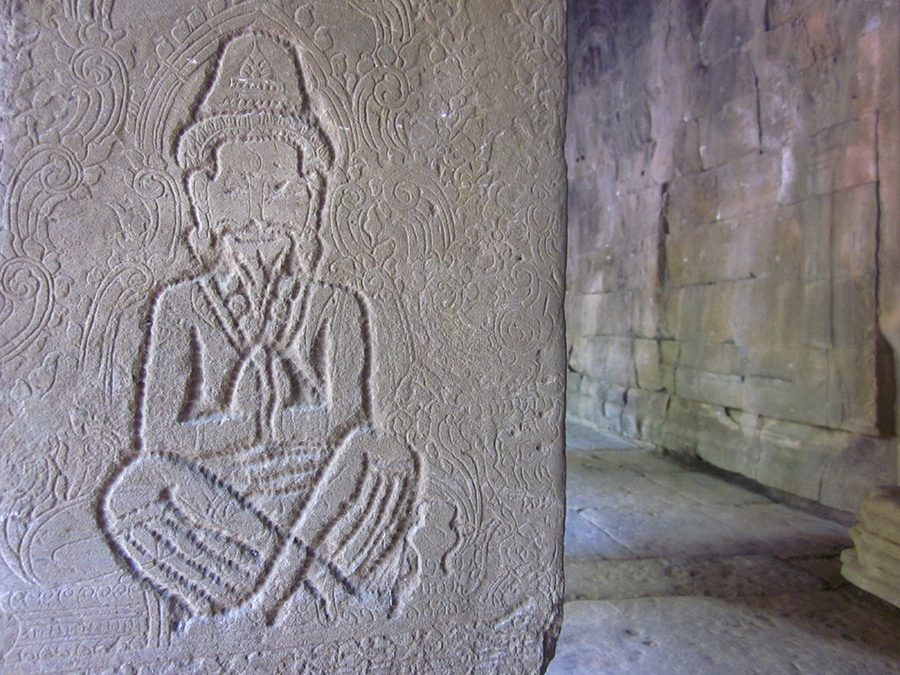 I loved this engraving. Check out the dude’s smile. And that ‘stache—total hipster. 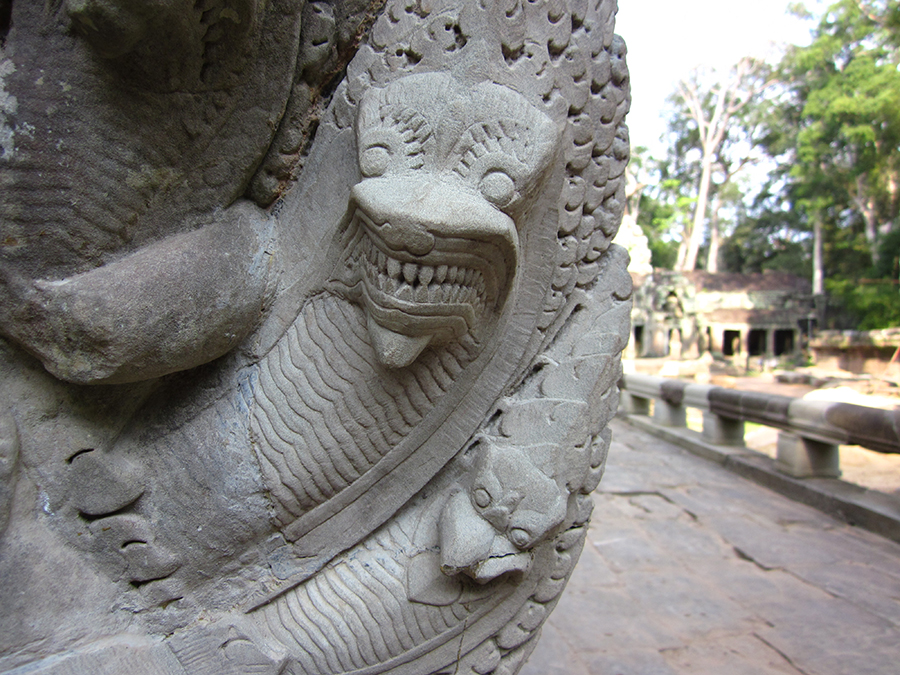 Not sure if this guy is a dragon or some other animal. But I know I wouldn’t mess with him if I came across him in the wild. Or her. Those eyes totally scream female. 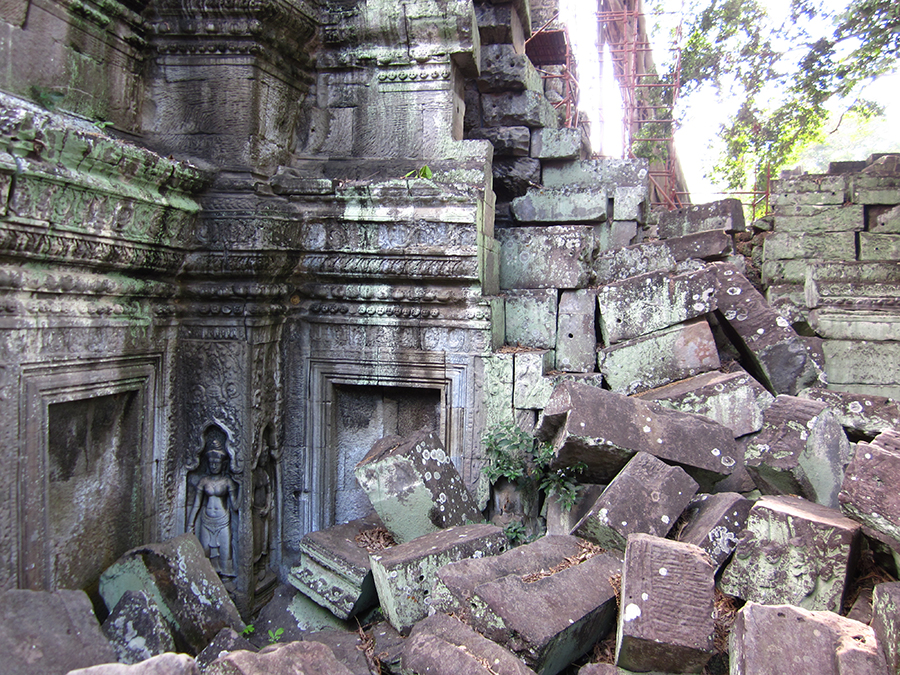 Nature has won. And it will continue to do so. Watch your back.