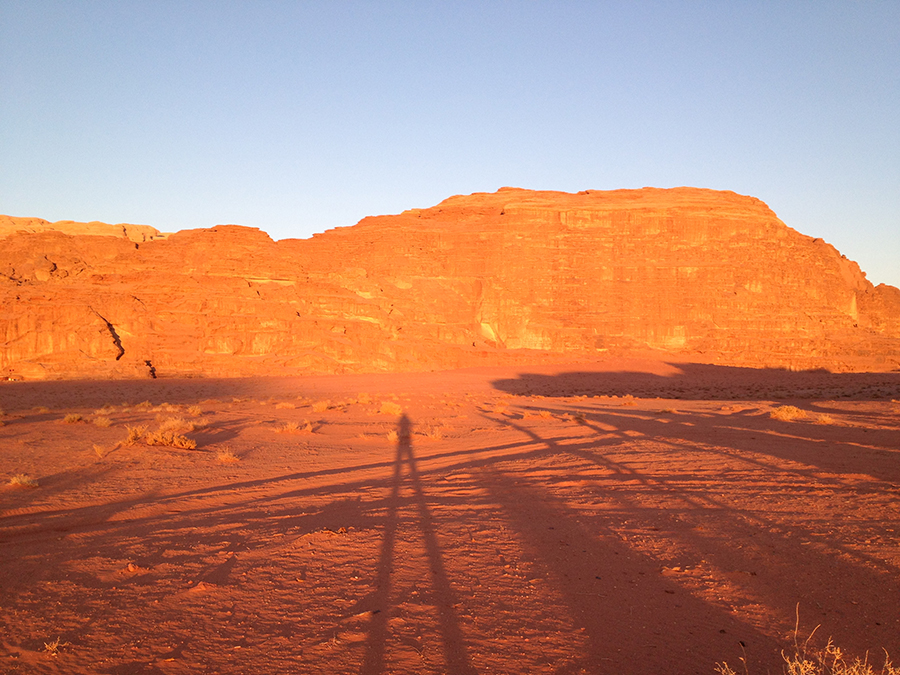 The absolute highlight of my Christmas in Jordan trip (yes, I liked this even more than Petra), was camping overnight in Wadi Rum.

When I was in the Middle East on my round-the-world trip, everything was always about the Bedouins. In Sinai we had Bedouin tea and sat on Bedouin chairs and ate Bedouin food. This was all in the Sinai backpacker beach resort town of Dahab, but still…Bedouin became an adjective for just about everything we saw or did.

Bedouin seems to have been a term co-opted by the travel & tourism industry in much of the Middle East to give tourists a more “authentic” experience. This was the case at Wadi Rum, but it didn’t matter. It was the highlight of my trip in Jordan. 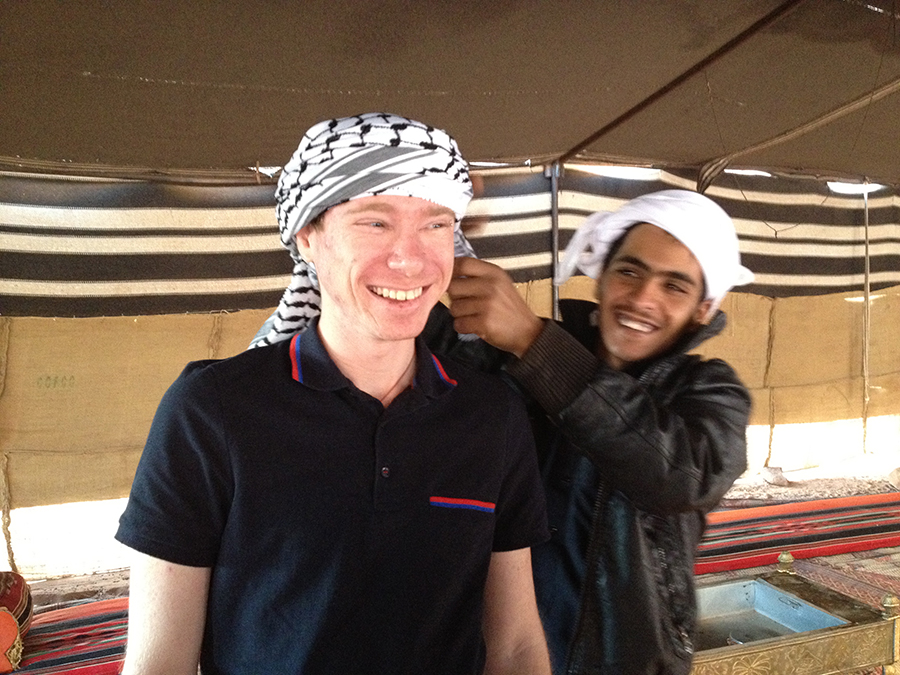 Wadi Rum is a desert valley in southern Jordan. You’ve probably heard of it because of the movie Lawrence of Arabia which was famously filmed here. The desert has also been used as a backdrop in several contemporary films, such as Transformers and Red Planet (both clearly not as good as Lawrence of Arabia).

T.E. Lawrence, as a British soldier, based his operations from Wadi Rum during the Arab Revolt against the Ottomans. Lawrence allegedly described Wadi Rum as “vast, echoing and God-like.” And with a reference like that, you might go in having high hopes and expect to be let down. But Wadi Rum doesn’t disappoint. 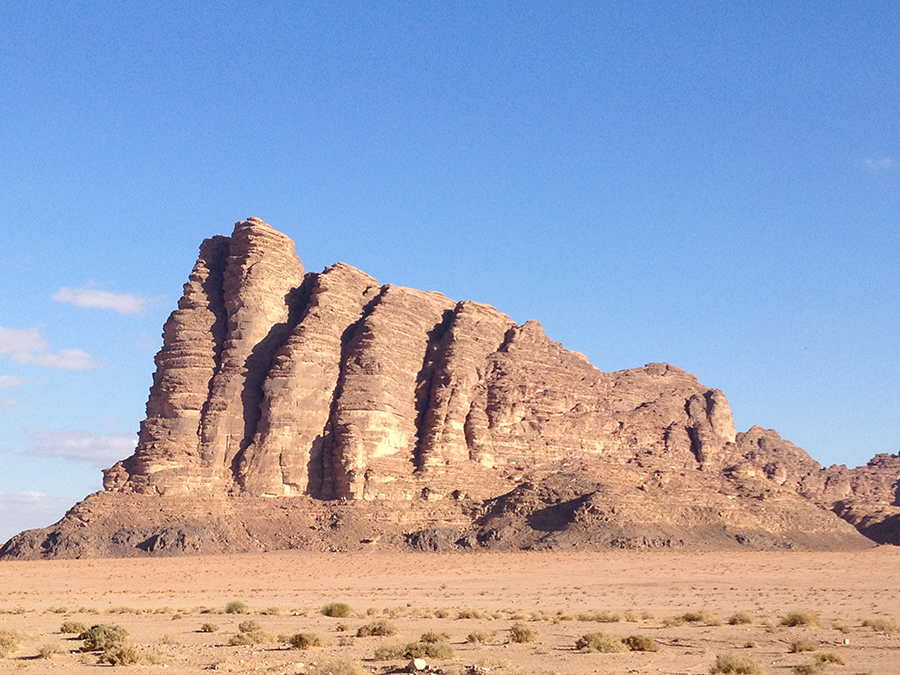 The desert is popular with tourists interested in rock-climbing and other adventure activities, but to me, a desert should be quiet and still. So I was content with just watching the sunset and then taking a night-hike in the evening to do some star-gazing. Our campsite wasn’t very big so our small group was able to hang out and relax all night around the campfire. (It was December and pretty cold outside…even more so because deserts can get cold at night.)

The colors of Wadi rum are truly spectacular and catching the sunset on the rock formations in the desert was the most memorable part of my trip. In the nighttime, the sky is so dark, it’s almost easy to spot falling stars (I caught two!). Our tour guide took us for a nighttime hike through the desert from our campsite (with a GPS navigation which was absolutely necessary).

Wadi Rum is without a doubt the most amazing scenery I’ve seen in a long time. There’s something special about this place. 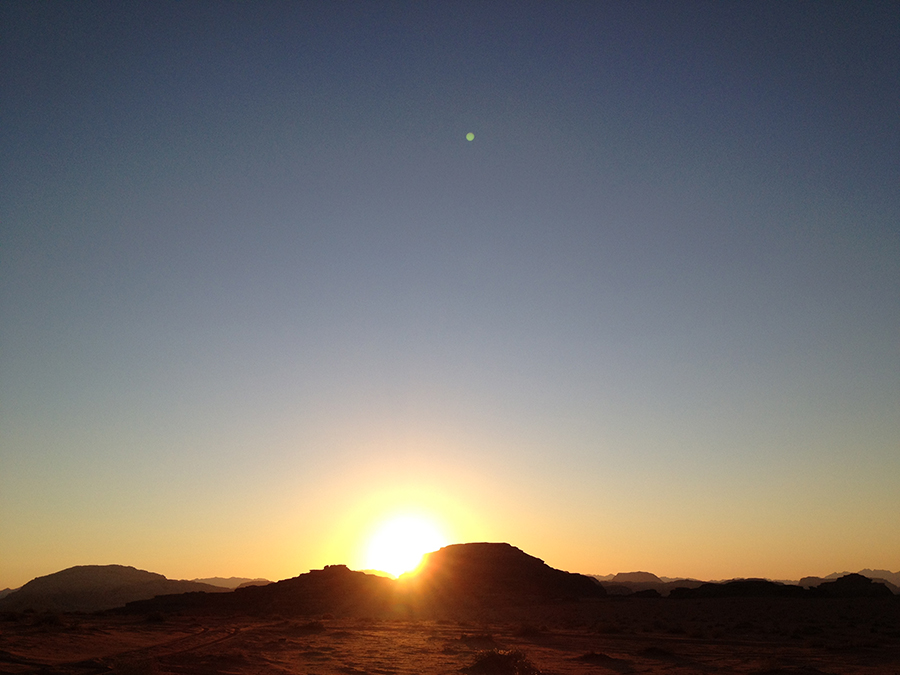 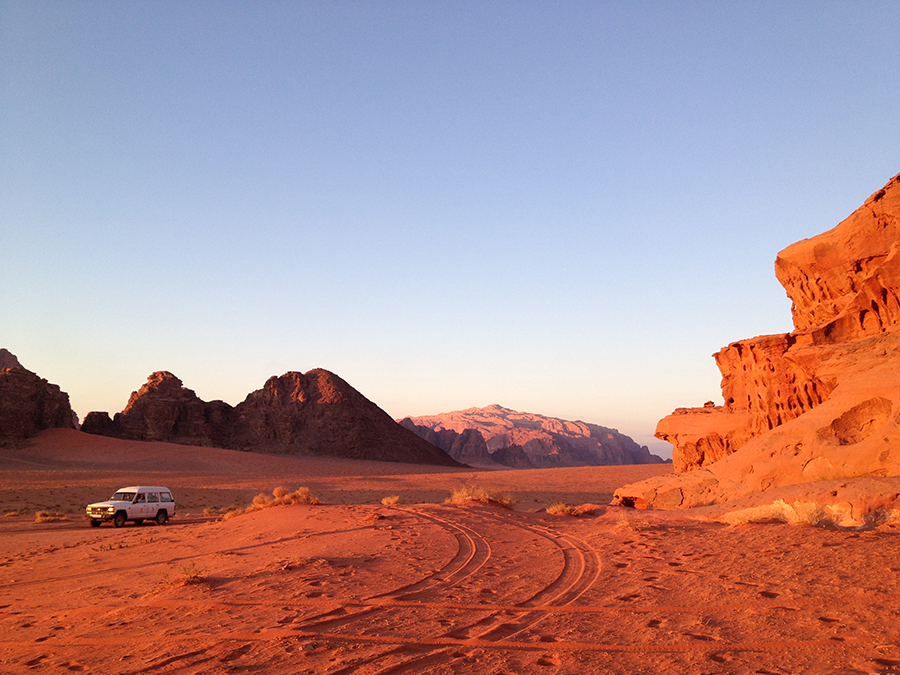 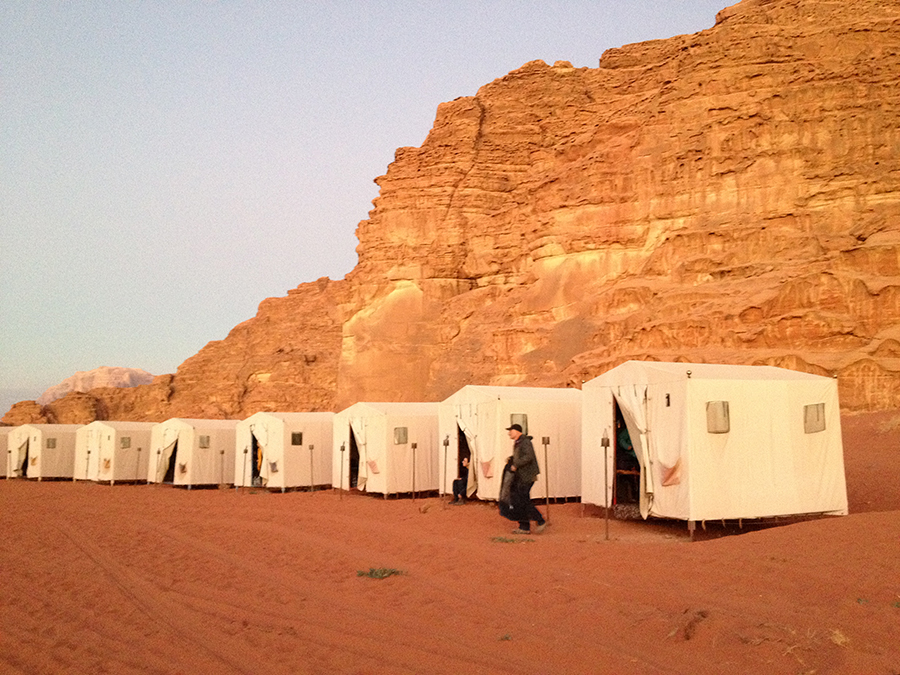 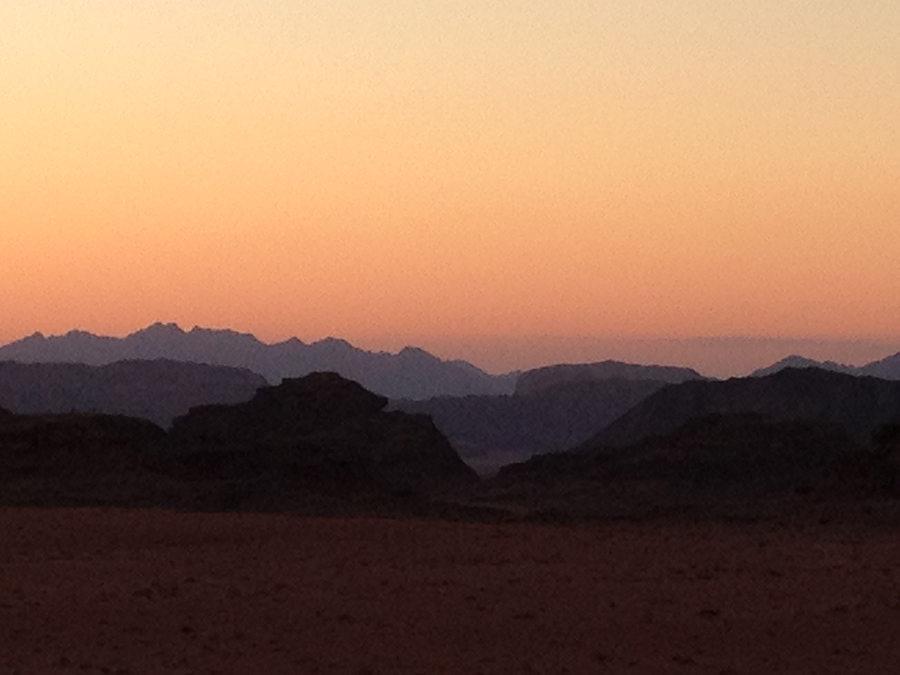