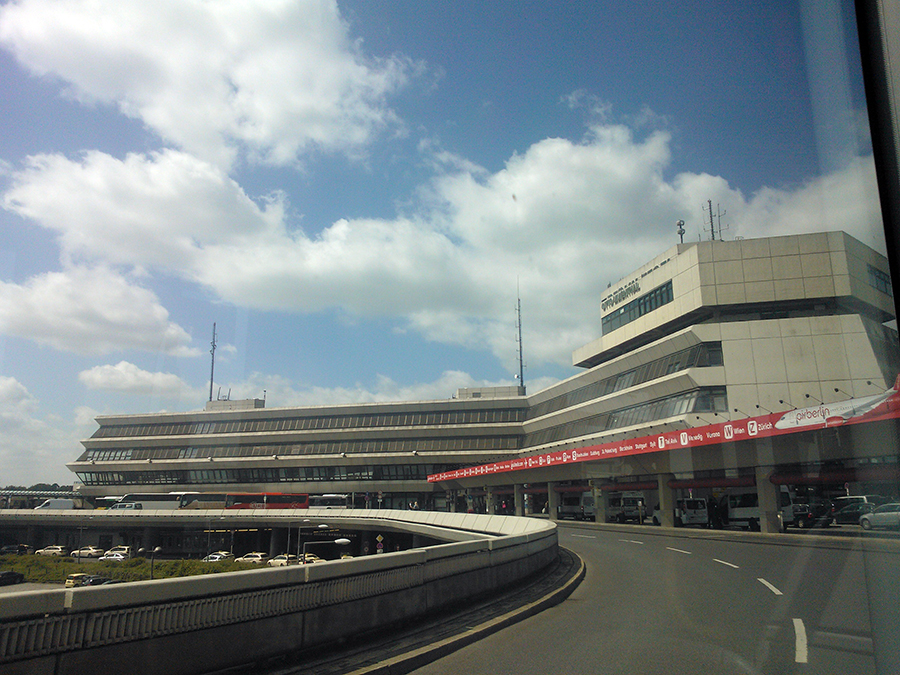 Tegel (TXL in airport code) is one of Berlin’s currently operating airports. Plenty of people like (or even love) the airport for its proximity to the city center and it’s unique circular shape. No doubt that it’s supposed to be convenient and because it’s rather small (though Berlin‘s biggest), Tegel is supposed to be easy to manage. But in my experience, it’s actually an frustratingly annoying airport.

Not only do you arrive and have to deplane on the tarmac, but once inside, the bathrooms very obnoxiously ask for a 50c donation. There’s a wifi connection for the airport, but the only way it’s free is if you use it to view the airport’s homepage (and strangely, MySpace). Why do I want to view the airport’s homepage? No clue. Plenty of airports around the world offer free wifi and the number is only growing. Why is Berlin so far behind?

Admittedly, because Tegel is such a tiny airport. After arriving, going from baggage claim to customs and outside takes under 5 minutes. To get from Tegel to downtown Berlin, you get on a local bus which makes a lot of local stops. And when I took the bus the other day, there was no air-conditioning. Those legendary German engineers—what the hell are they doing?!

Berlin really should be trying harder to make a good impression. Admittedly, they want to…but that’s failed as well. #disappointed

One positive thing I will say is that when flying into any Berlin airport, you do see a lot of green. But you also get a front-row view of burned-out buildings and an abandoned airplane from the 1960s. <– read that!

Berlin, you can be really confusing sometimes. I love you, but can’t you clean up a little bit? This airport is the first thing many people see of Berlin and while it can be cool in its old-school ways, you should really be welcoming your visitors and guests with a much more friendly entrance.