11 Reasons Why Tel Aviv is One of My Favorite Cities

The 11 reasons why I love Tel Aviv — despite its problems, price and location, it's one of my favorite cities in the world. Here's why...

Did you enjoy this post about Tel Aviv? View more posts & photos from Israel.

Listen, okay? Ever since I first visited Israel, I quickly fell in love with Tel Aviv. I don’t know what it is about the city specifically, but there has always been something special about that place. On my summer trip a few weeks back I fell in love (again) with the city that captured my heart years ago. It’s far from a cheap destination. Flights to Tel Aviv aren’t usually cheap, and the city is often as expensive or more expensive than its European counterparts. Barcelona is a frequent comparison. But despite its price, Tel Aviv is one helluva city—with so many different things to offer.

And there are always ways to find a deal in Tel Aviv—try Travless.com (a Tel Aviv startup) for local discounts on restaurants and experiences or check some of the local blogs like DIY Tel Aviv. Regardless of the cost to travel to Tel Aviv, here’s why it’s still one of my favorite cities… 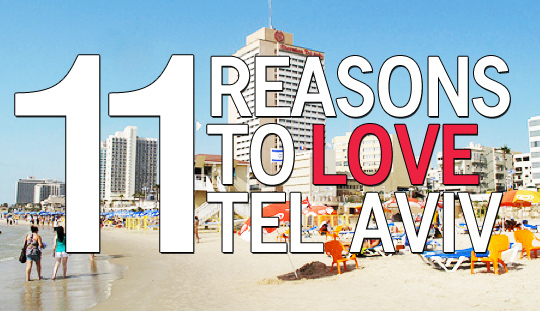 Tel Aviv is one of those cities that’s very much a city (it’s got nightlife, 24/7 shops, plenty of options for every type of resident) but it’s also very much like a village. The city is walkable when it’s not sweltering hot outside, and it’s certainly not very hard to get around. It’s one of those small cities with a big city heart—where you just might run into your friends at the same cafe or patio bar.

While its’ population and size may be small, its’ heart & soul is certainly big. Despite its small city feeling, Tel Aviv gets a whole range of amazing live music gigs from around the world. This summer, bands the likes of The XX, PSY (Gangam Style, hey!) and Alicia Keys all have upcoming gigs in Tel Aviv. 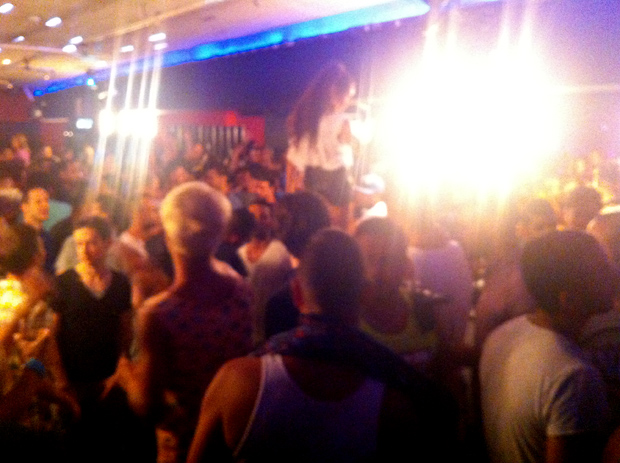 With a famously hedonistic society, Tel Aviv knows how to have a good time. Forgetting about their surroundings and ignoring everything outside “the bubble” is practically a past-time for Tel Avivians. Just imagine a city full of clubs with top-notch DJs that doesn’t seem to have a single care in the world. Then throw in a hot climate, some scantily-clad men & women and one of the Mediterranean’s prettiest beaches—and you’ve got Tel Aviv. It also helps that with such a beautiful climate, much of the nightlife happens outside or on rooftops (or even the beach).

There’s something special about a city where you can buy sushi at 4 a.m. In Tel Aviv, there are several places to buy sushi in the middle of the night. (I quite like the kiosk at Allenby & Rothschild).

With seemingly endless galleries to visit, a handful of world-class museums (I’m partial to the Design Museum), Tel Aviv seems to attract many creative and inspirational artists. Many of Israel’s art students base themselves in Tel Aviv following graduation. Add in some international flair and you’ve got all the ingredients for an art hub. If you’re looking for the latest on art galleries in Tel Aviv, check out the Oh So Arty blog & Facebook page. 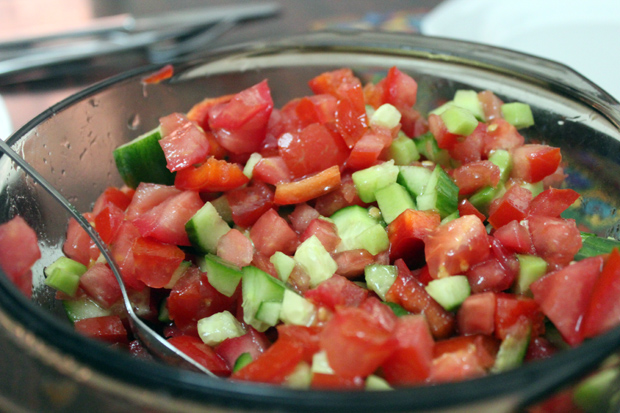 What is it about the Middle East and why is their food so damn good?! I’m not sure if it’s the spices, the fresh ingredients or the unique mix of flavors, but whatever it is — it’s delicious and I want it in my tummy. Tel Aviv is as popular for its international cuisine (for some reason, Tel Avivians love their sushi), but there are plenty of Israeli and Middle Eastern restaurants in the city worth checking out. And don’t think it’s all just shawarma and falafel. There’s also shakshuka, burekas, sabich, scnitzel, salads and so much more. Tel Avivians also seem to follow chefs as if they’re celebrities, and you’ll hear many names being dropped at the table. If restaurants aren’t necessarily you’re thing, EatWith is a popular service in Tel Aviv where you can pay to join a meal with some locals. 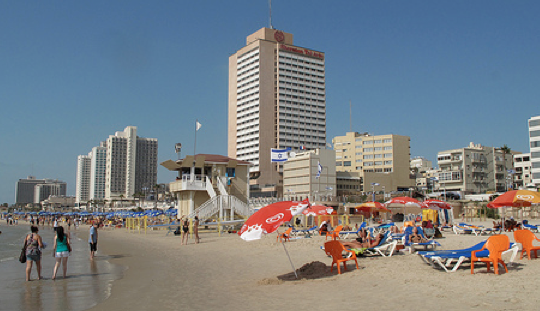 There’s something special about a city with sand, sea and skyscrapers. National Geographic even named Tel Aviv one of the top 10 beach cities in the world this year. Plus, the beach promenade is such an awesome pedestrian space whether you’re into people-watching, jogging, or gulping down a cheap falafel sandwich. 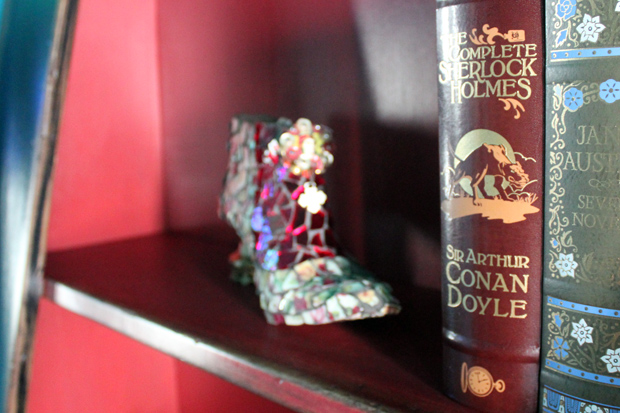 Tel Avivians may not be the most stylish (they live on a beach, remember?), but that doesn’t mean the city isn’t home to some of the region’s best fashion. Tel Aviv straddles the Middle East and Europe — not quite as on the edge as Istanbul, but with the city’s cosmopolitan feeling and laid-back, live-life atmosphere, Tel Avivians know how to shop. It’s not the cheapest place in the world, but with Europe’s hottest fashion chains and a number of boutique shops (try Shenkin Street), Tel Aviv definitely has its own sense of style. 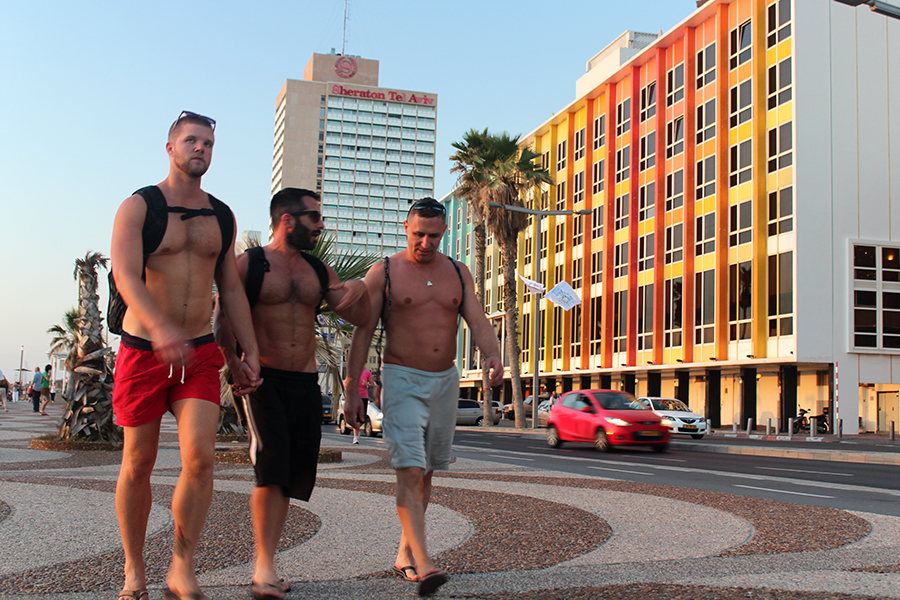 9. Where two boys can hold hands

Thanks to propaganda and much forward planning, Tel Aviv has transformed itself into one of the world’s top-rated, gay-friendly cities. While Israel still doesn’t recognize a lot of rights for their LGBT citizens (among other groups), Tel Aviv itself is a safe and fun place to be gay. There are only just a few gay bars and clubs, but there’s always something to do every night. And walking down the street, you’re more than likely to publicly spot gay and lesbian couples in Tel Aviv. 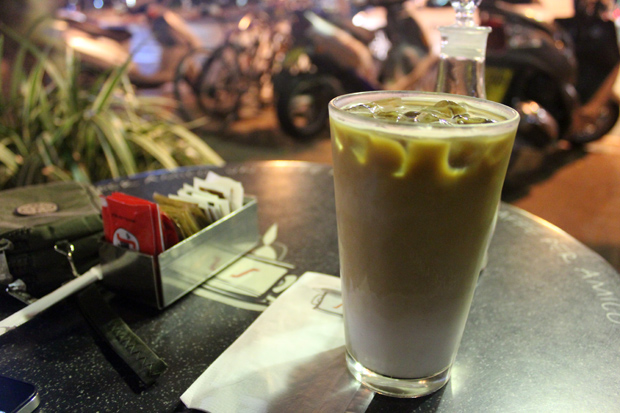 This may seem like a strange thing to love about a city, but Tel Aviv seriously knows how to make a great cup of cold coffee. In the Middle East, it’s almost necessary, and Tel Aviv offers up two varieties: a cold coffee (espresso with milk over ice) or a frappe-like coffee milkshake. You can’t go wrong with either when it’s sweltering hot outside. 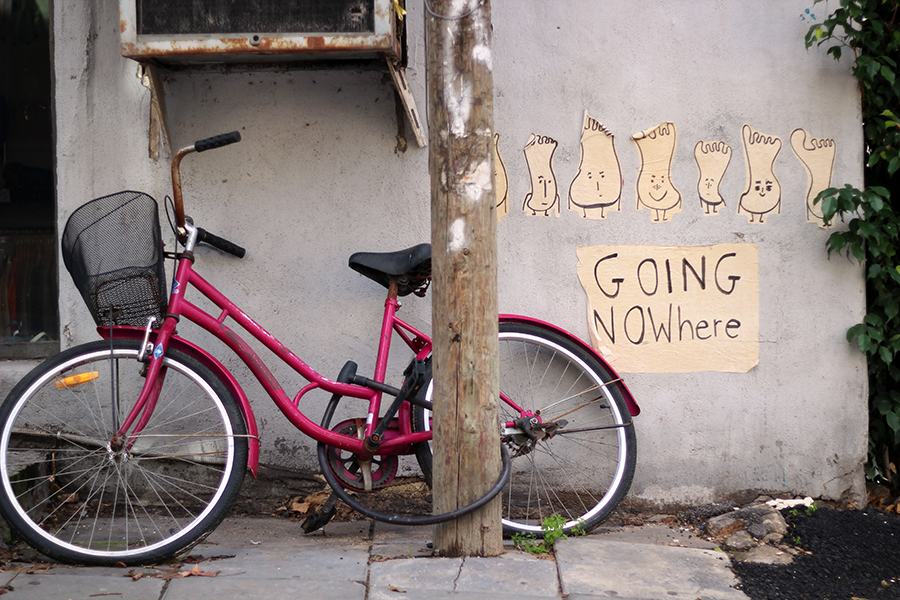 Despite the hot, hot, hot weather, Tel Avivians still manage to get up on their bikes. Probably because most people are going out in the evening anyways. Parties don’t start until late, and with a bike-rental system, getting around Tel Aviv is relatively easy.

Have you been to Tel Aviv or do you live there? What’s your relationship like with the city? I know it’s not perfect, and many of these reasons might be seen as a negative rather than a positive (there is sand EVERYWHERE and you’ll never stop sweating!), but Tel Aviv is still a city I love to return to.

Did you enjoy this post about Tel Aviv? View my other travel & photo posts from Israel.