Za'atar - The Best Spice in the Middle East 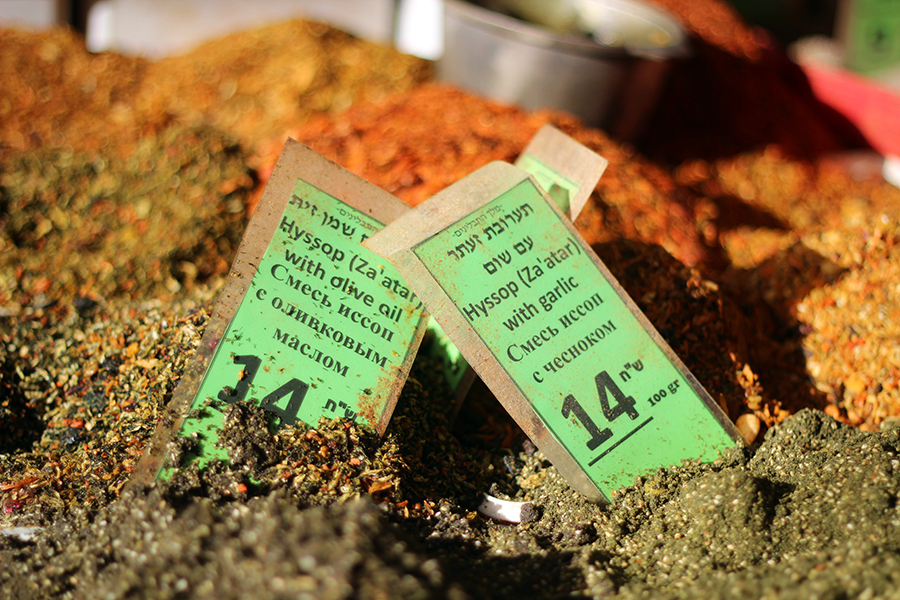 I first discovered za’atar spice when Couchsurfing in Haifa, Israel. My host for the weekend took me for a short road trip in the surrounding villages (famous for the Druze culture). On our way to Ein Hod, an artists’ colony on the side of a small mountain, we stopped at a road side stand for a snack: pita bread with labneh (a yoghurt) and za’atar spice. The freshly cooked bread made for a tasty snack — but the real flavor came with the small bit of za’atar sprinkled between the bread roll. It was love from the very first taste. Sometimes your tongue just knows what it wants.

After returning to Tel Aviv I immediately made my way to the Shuk HaCarmel (market). There it was quite easy to find the spice (which also goes by the name Hyssop), and after doing a quick taste test with the elderly woman selling spices, I bought several hundred grams. This tradition continued for the rest of my summer in Tel Aviv back in 2010.

What did I use za’atar for, though? Honestly, I didn’t mind putting it on just about anything. But mostly (as I was just a volunteer and living on a meager budget), I would buy tubs of hummus, sprinkle some fresh olive oil and za’atar on top — maybe with some cut-up cucumbers and tomatoes — and call it a meal. A very tasty meal.

If you’re looking for a cheap but delicious spice to add a bit of middle eastern flavor, definitely go with za’atar. I also used it in a Jordanian desert that I learned how to make at a cooking class in Petra, Jordan. You’ll find the spice by a variety of different names, and it’s actually quite simple to make yourself. Za’atar is essentially just a mixture of olive oil, sumac, salt & sesame.

Let me know if you’ve used the spice for any other recipes. I’m always looking for new ways to use my favorite ingredients.

Update: So, I wrote and scheduled this story about my favorite Middle Eastern spice before coming to Israel this week, and as it turns out, some other journalist also felt the need to publicly proclaim his love of the spice…which as often happens with silly stories, it was quickly blown out of proportion.