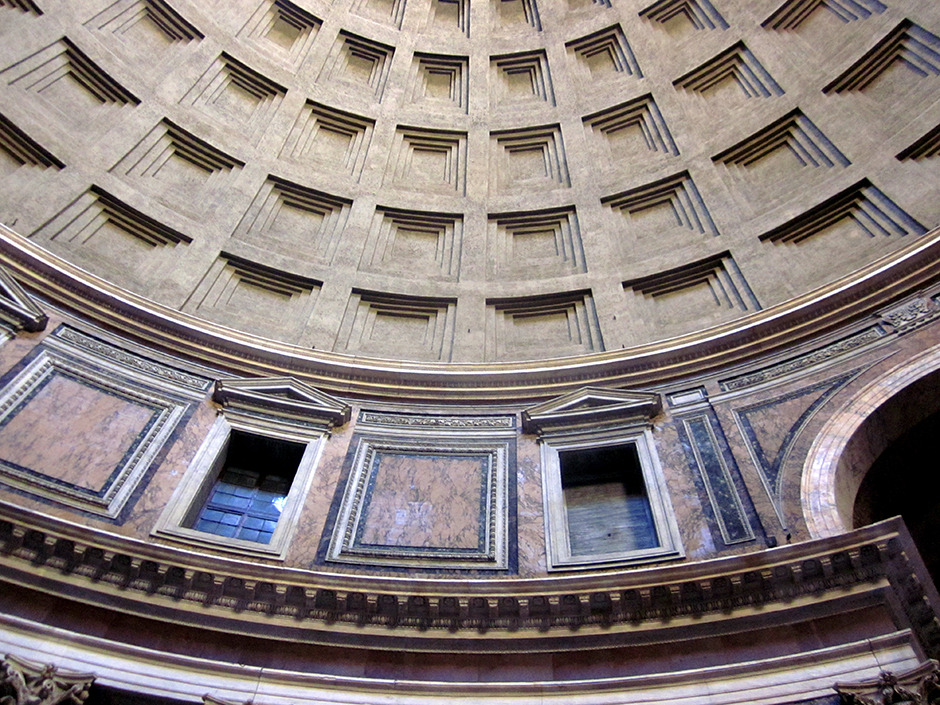 Rome’s Pantheon was one of the many famous tourist attractions in Rome that I was most eager to see on my visit to the Eternal City last year. Having studied art history in college I knew plenty of random facts and historically important tidbits about the Pantheon before showing up. Coffering anybody? Rumors before I arrived to Rome led me to believe the Pantheon would be every bit as majestic as I was expecting—and the rumors were true!

The Pantheon in Rome is one of the easier places to visit as a tourist in Rome, if you ask me. First of all, it’s free! It’s also quite impressive compared to just about any other major tourist attraction in Europe. It’s much more grandiose than it appears from the outside (or from the pages of my old Art History textbooks). The Pantheon’s dome is its shining feature—and shine it does. I spent at least a half hour being mesmerized by the sunlight spotlighting on the tiled floor.

Have you been to Rome’s Pantheon before? Were you as impressed as I was?

Read more about the Pantheon: