Last week I made a list of the things that make me happy. It was a small exercise in determining what I want out of life. The answer is still a bit fuzzy but there were a few immediate effects: most imminently was a pair of concert tickets to see MGMT in Berlin. This all due to a desire to see more live music.

Music, among other things, makes me happy. But, due to my self-inflicted budget cutbacks, it has slowly been disappearing out of my life. Despite my long-time love for music I’ve managed to do a fantastic job of hardly ever seeing bands here in Berlin. Back when I was a young, urban, professional living the American dream back in Boston, I legitimately set aside a weekly budget to see live music gigs. Somehow in the recalibration of my life that took place after my big trip, music dropped off the budget. Which has been (apparently) a shame because Berlin’s a pretty damn awesome city for live music!

So because I spent 5 minutes scribbling down things that make me happy, and then another 5 minutes searching the upcoming music gigs in Berlin, I ended up with concert tickets for just two days later. (And a few concert tickets for later this autumn/winter.) It was a jolt to my increasingly lethargic life as a (semi-)professional adult. 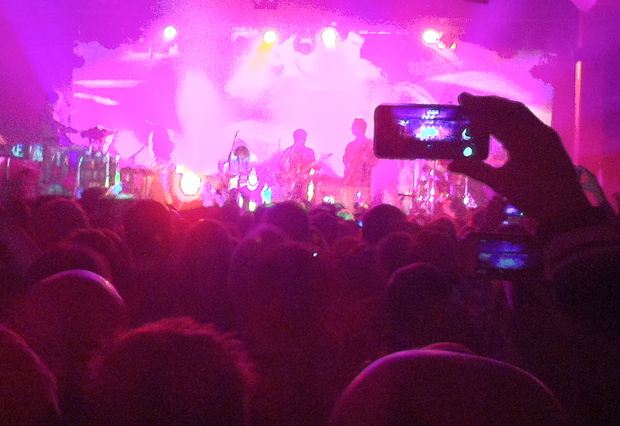 Having seen MGMT perform live before (at Bonnaroo 2008), I was expecting an energetic and exhausting performance. The kind I thought I needed to give me fresh new energy to face the change of seasons.

But whether because of their new album or because they were playing old, old, old hits, I found their performance a bit…quiet. It also might’ve been the crowd, though. I don’t know what it is about live music crowds, but in more and more cities, the crowds are almost always tame at indie concerts. Where are the kids jumping up and down?! Where are the freaks who don’t care how they look dancing?! Where are the folks singing along with their eyes closed?!

C’est la vie. But I will say: when MGMT started playing their hits in the finale, the crowd did finally come alive. I was no longer the only one jumping up and down. And even if the concert had been hit-or-miss up until the finale, it was a great way to end the night—and begin my new quest for awesome-but-familiar experiences. 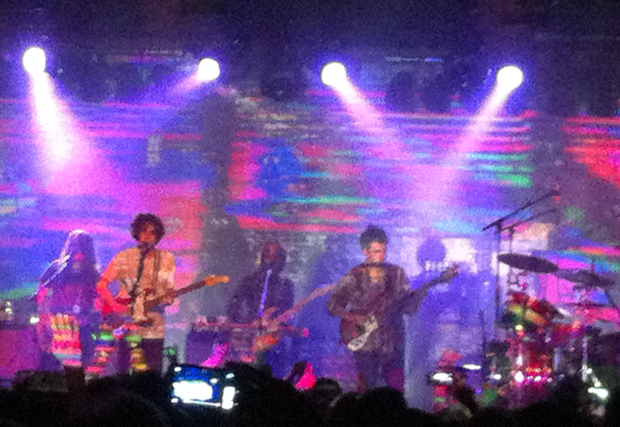 I think many people would probably agree that music is healing. And for me, the sort-of splurge to see a live music gig was just the dosage I needed to shock me back to my reality: that life is pretty freaking awesome!