One of Berlin's UNESCO World Heritage sites, the Hufeisensiedlung is a colorful housing complex of the Berlin modernist architectural style

If you remember…one of my goals before turning 30 is to explore more of my own (adopted) hometown. So the other weekend I hopped on the u-bahn and made me way to Neukölln to do some urban exploring. At the Parchimer Allee u-bahn station, there’s a small sign signaling the exit toward the Hufeisensiedlung (Horseshoe Estate — named after its horseshoe layout of buildings). This massive housing estate in southern Berlin was built in the 1920s by modernist architect Bruno Taut and was named part of a UNESCO World Heritage site in 2008 celebrating Berlin’s six modernist housing estates.

The housing estate is notable for its modernist architecture (hence it’s UNESCO World Heritage designation) of which it’s one of the first places employing modern thinking in architecture. Following WWI, Berlin had a serious housing shortage and needed nearly 100,000 apartments built to accommodate newly unemployed soldiers and others who flocked to the liberal city of Berlin. During that period, city planner Martin Wagner enlisted Bruno Taut to design the Hufeisensiedlung in an undeveloped area of Neukölln (not far from the Schloss Britz). Whether because there was an immediate need to get the housing estates built, because of Martin Wagner’s foresight or because of the newly formed Social Democratic Weimar Republic, Taut was given quite a bit of flexibility in the design and construction of the new housing estate. Today Taut is considered a forerunner of Bauhaus architecture and it’s easy to see in this Berlin modernist housing estate why.

The social democratic ideals that made Berlin such a liberal place in the 1920s are represented through Taut’s design of the Hufeisensiedlung (and the other modernist housing estates). The buildings are noticeably different from the traditional German architecture styles of earlier years (pointy roofs, anyone?) and Bruno Taut selectively employed the use of color to ornament what would otherwise be relatively stark buildings. Perhaps not surprising, there was a lot of throwback from the community during construction as this was a completely different look and style to what people were used to.

Today the style might not seem as impressive as it is, but imagine how these buildings looked set against more traditional buildings with wooden shutters and tapered roofs. Even still, though, I found the colors to be impressive. I couldn’t stop taking pictures of building corners where colors changed from one to another. This is a relatively easy site to visit so if you have a few hours, it’s a great place for taking photos.

TRAVEL TIP: Historical tours of the Hufeisensiedlung and other architectural sites through Berlin are available from StattReisen — a tour operator  offering guided walking tours. If you want to enjoy the full historical significa Berlin modernist housing estates, I recommend taking a tour. Learn more at stattreisenberlin.de 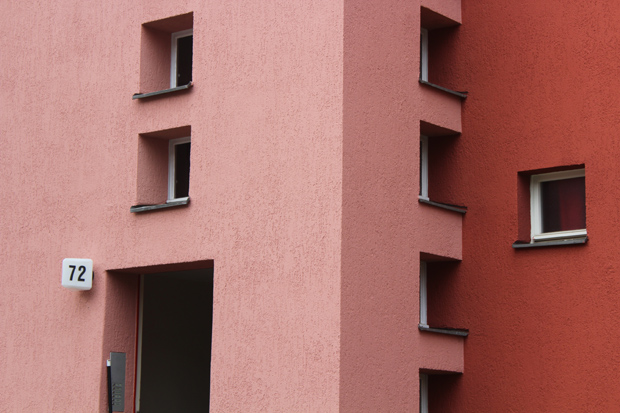 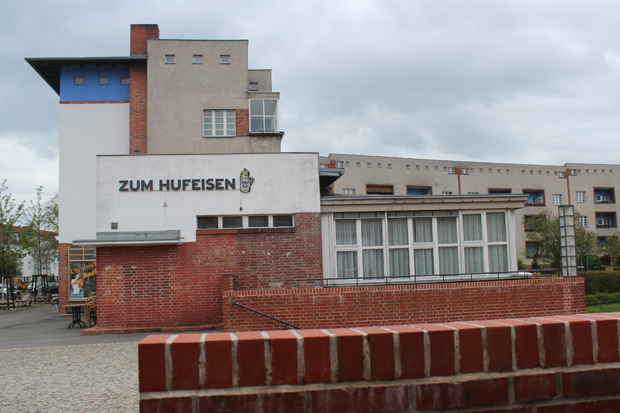 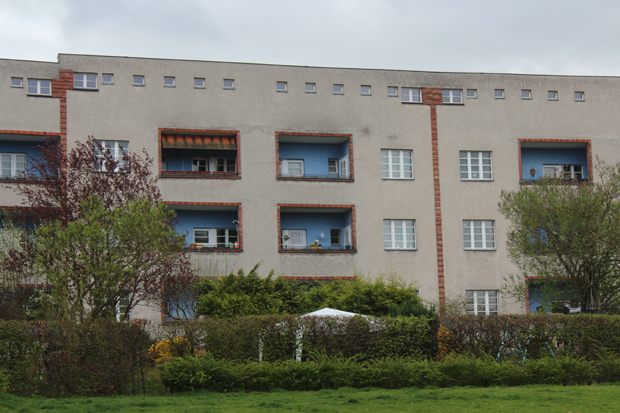 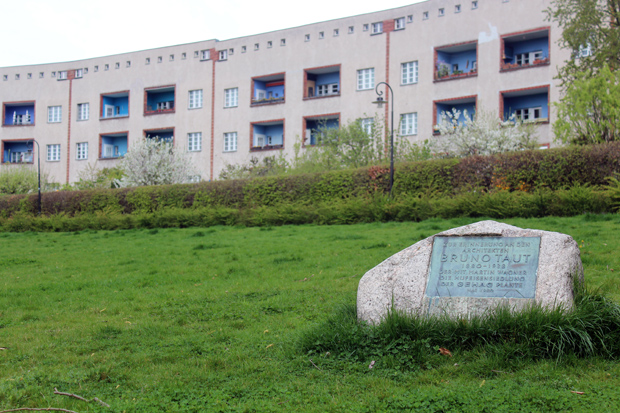 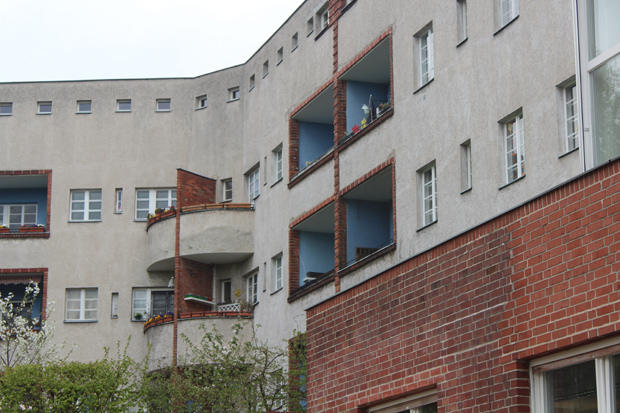 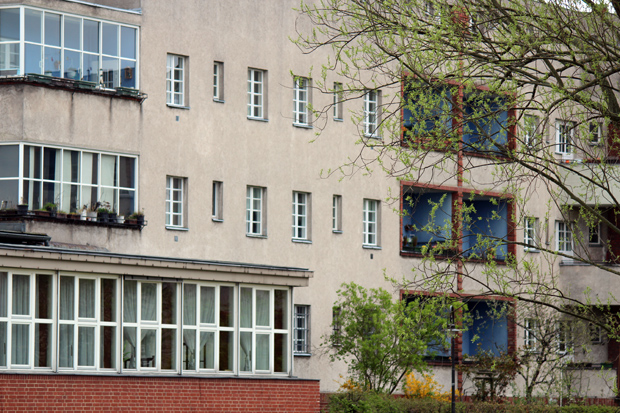 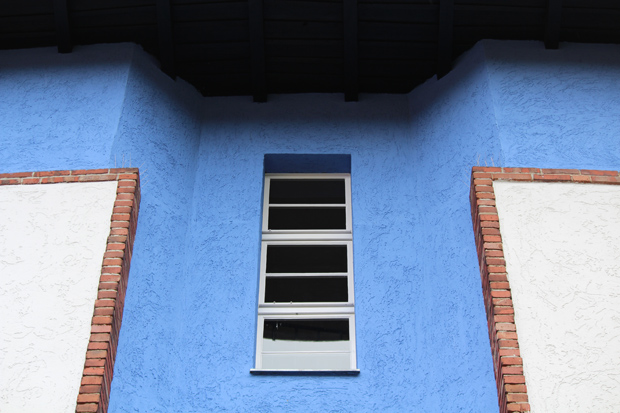 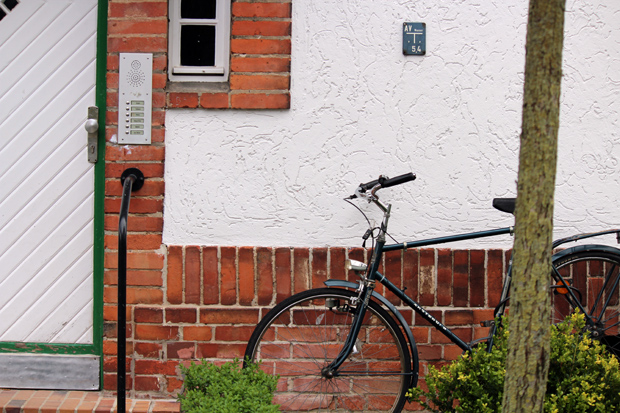 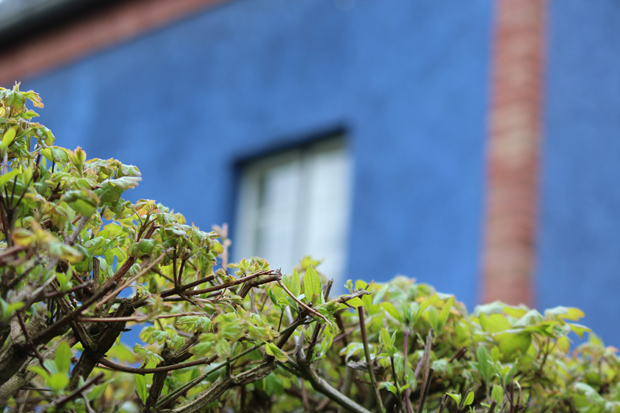 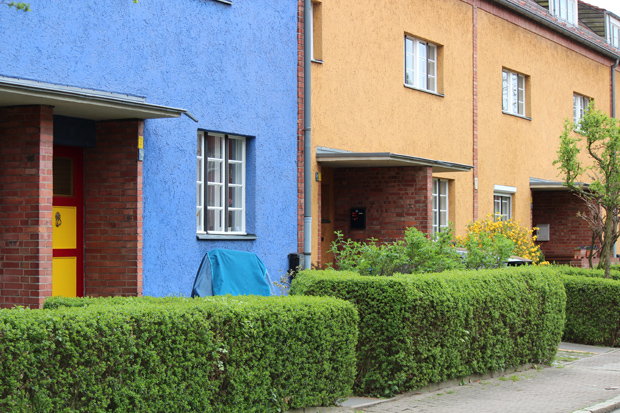 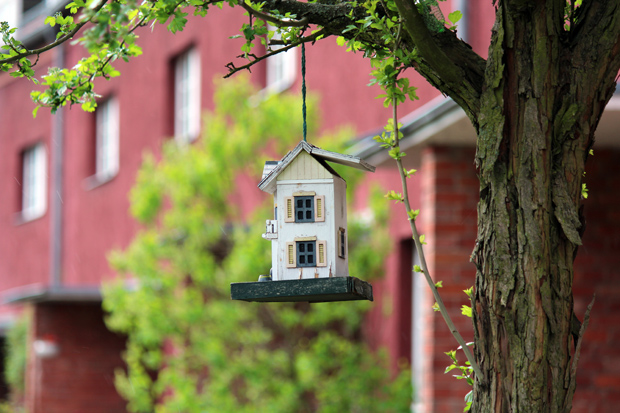 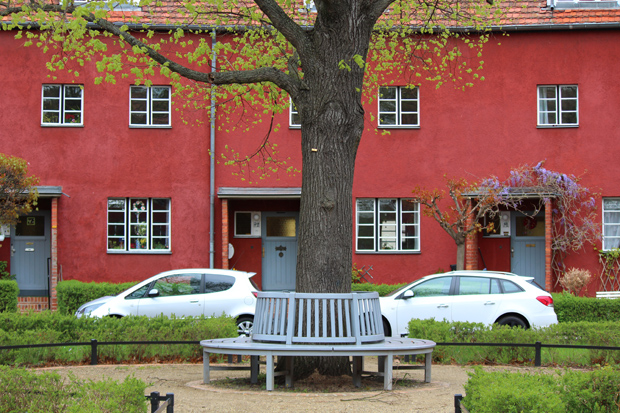 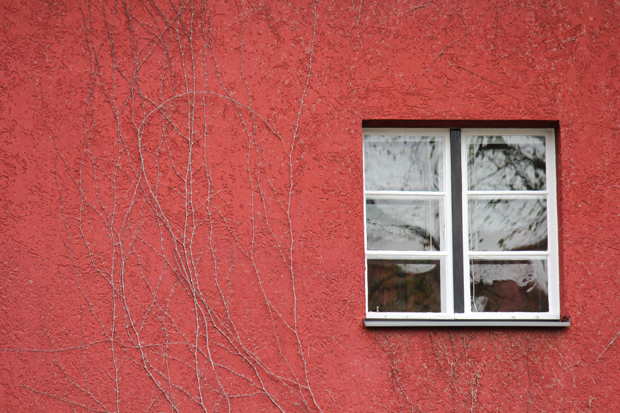 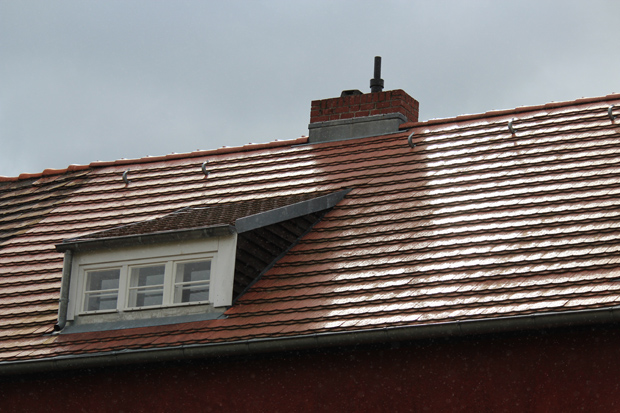