'Drown' - A Powerful Film about Masculinity in Australia

Last night I went to the weekly Mongay cinema night at Kino International in Berlin. Every week they show a queer film at the movie theater. For 7.50€ entrance, sometimes it’s the only way to see many of these gay & lesbian films from around the world.

So, last night, showing up just before 10pm, I was there to see Drown—a new film out of Australia based on the successful (and popular) theater play by Stephen Davis. The well-produced movie tells the story of three lifesavers (lifeguards, in American English) in Sydney. Themes focus on jealousy, homophobia and bullying. It was an intense film. But a good one. 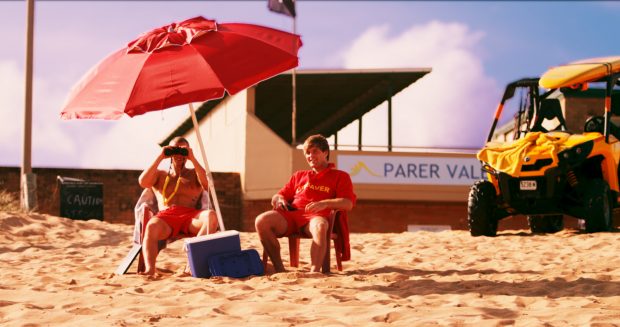 Like any good gay film, the movie began with plenty of gratuitous shots of muscular lifeguards in skimpy swimsuits. Tensions quickly arose between one of the long-time lifesavers, Lenny, and a new one on the scene, Phil. Phil is gay, though discreetly, and his lifesaving skills were quickly a threat to Lenny’s masculinity.

Drown surprised me with a lot of strong emotions, intense scenes and quality acting. It was challenging at times to figure out the story—how would it end, what was going to happen. The camerawork was particularly good. Shots were interspersed with each other; jumping between past and present, happy moments and sad ones, peaceful times and episodes of violence.

The movie culminates in an alcohol fueled night where all the tension comes out. The narration, like poetry, keeps the charges high. As a viewer, you can’t help but feel the pressure of a story that is moving fast, emotions high.

I’ll leave it at that. 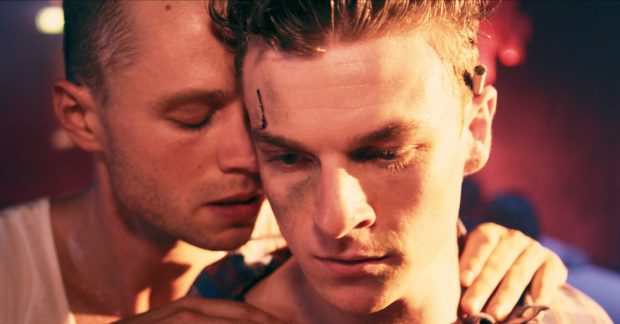 Look for Drown at your local cinema, or find more about the film on the official website: drownthemovie.com

I won’t lie—this movie made me miss Australia. Shots of the annual Mardi Gras gay pride parade in Sydney reminded me of the time I was there as a study abroad student. Some of the scenes from the film, shot in bars and clubs, weren’t all that unfamiliar. Black-out drunk nights, rowdy bar fights—things I remember from Australia.

But this is what cinema does. It reminds us of places we’ve been. It makes us long for places we want to go. And with gay cinema, it’s a bit of both. Over the past year I’ve started watching more and more gay films as a way to understand a bit more my shared culture (and my differences). It’s a realist escape—showing off different experiences and different sides to what it’s like to be gay. Because, like you probably know, there’s a lot of diversity in the gay world. And queer cinema is a window to those different worlds.