Marching for Equality at EuroPride in Riga

It was only noon. Walking out of the hotel and the few blocks over to the pride park set up in Vērmanes Dārzs, the city was strangely still. And it was quiet. As we approached the park, it became very apparent that this gay pride was going to be a bit different from the others I’ve attended. The roads around the park were blocked off with metal fences and police officers standing about 10-20 feet from one another, forming a rather intimidating human blockade except for one small entrance for visitors.

Inside the park, the atmosphere couldn’t be more different. It was unquestionably a warm, friendly and safe zone. Boys wearing flowers and dresses and make-up and rainbow stickers everywhere. There were a handful of protesters on the outskirts of the park, up against the barriers with stern faces and crossed arms, but otherwise there was very little happening.

Ambassadors and representatives from international LGBTI organizations stood around under a white tent, marked as the VIP area. Riga, playing host to the EuroPride, was full of dignitaries and activists throughout the week (including the ILGA-Europe organization), but on this Saturday, June 20, the pride celebrations seemed to be a mix of not just internationals but many locals and supporters from neighboring countries. In total, there were 5,000 attendees at the Riga EuroPride—and only a handful of negative incidences. I saw one protester being restrained and a friend from Gay Star News reported a pride flag being burned. So, all-in-all, it was a safe event that went off smoothly.

I think the gay event benefited from the fact that it was EuroPride, rather than the typical Riga Pride events which have seen much more dangerous activity in the past 10 years. Things are changing, but the European presence at Riga EuroPride, including government and EU representatives, almost definitely put pressure on the event organizers and local government for the event to go off smoothly.

Organizers managed to put together a great program during the EuroPride week, including conferences and workshops daily at the Pride House. For the first former USSR country to host the EuroPride, the event seemed remarkably successful to my untrained eyes. While marching through the city (under a relatively moderate amount of police protection), I couldn’t help but feel excited and optimistic for the future of LGBTI rights. Two members of the Latvian Parliament, numerous representatives of civil society organizations, cultural groups and a notable number of young Latvians joined the Riga pride march—an encouraging fact reported by the ILGA. The country is also currently debating a gender neutral cohabitation law which is being championed by some mainstream politicians and gaining wider public support.

In Riga this past weekend, it was hard not to feel motivated and excited. I’m smart enough to know that I’ve grown up with certain privileges as a middle-class, white, American boy. To be just even a small part in the march in Riga felt like I was doing something. The groups of Europeans who flocked to the city for the EuroPride have all helped to do something. The brave organizers who’ve spent the past ten years fighting for the right to assemble and organize a gay pride each year, they’ve been doing something special. The visibility and the presence of those 5,000 people in Riga this weekend—that’s what we need in the world. That’s how things are going to change. That’s how we move forward.

I’m proud to be gay and I’m proud to have been even just a small part of Riga’s EuroPride 2015. Check out the photos below for a glimpse of so many of the other proud participants and allies at the event. 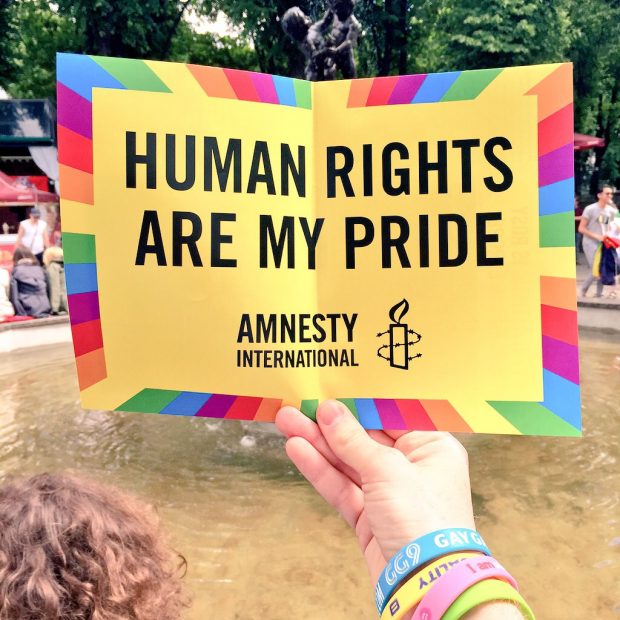 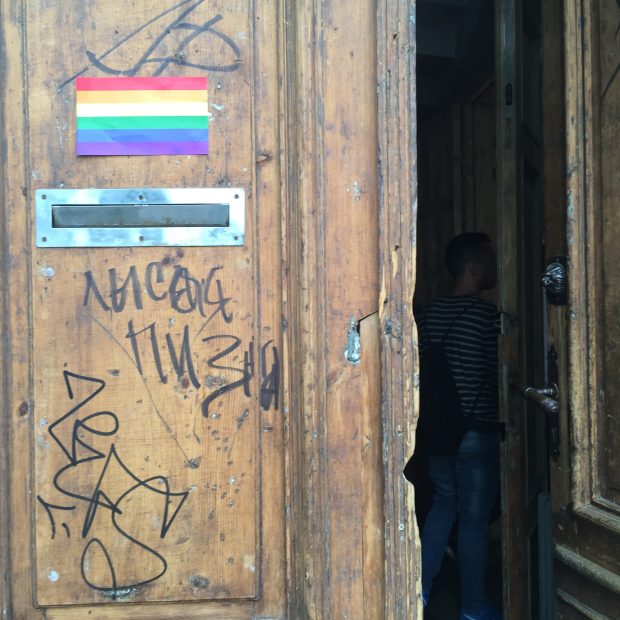 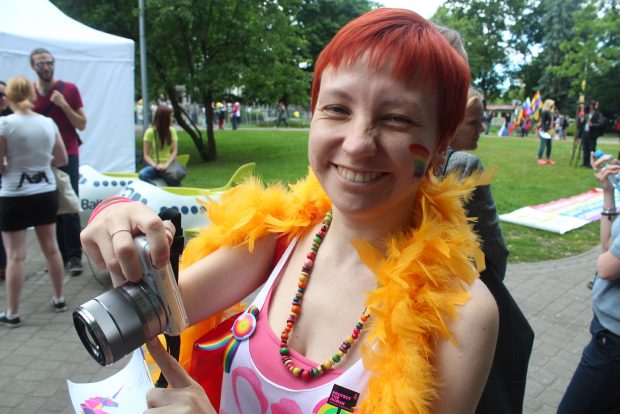 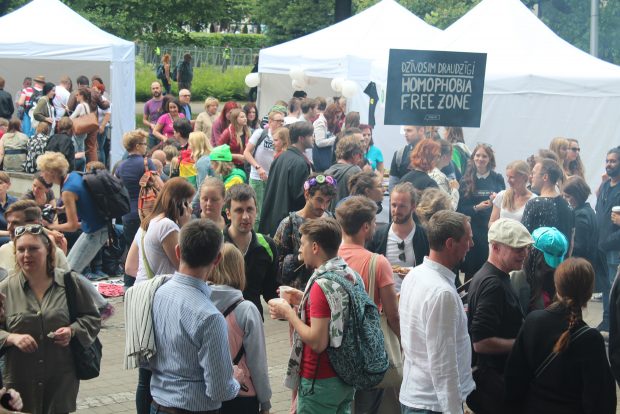 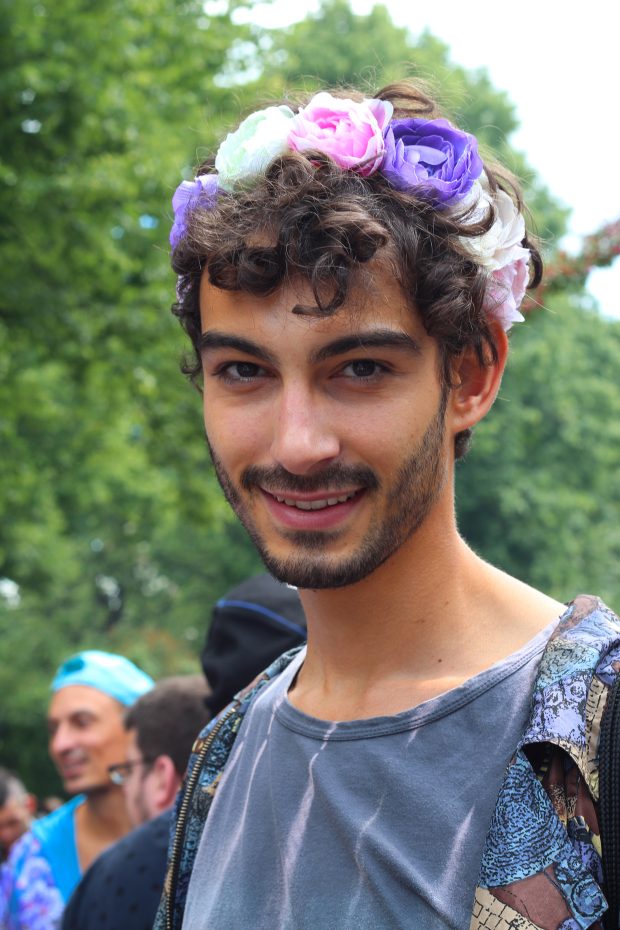 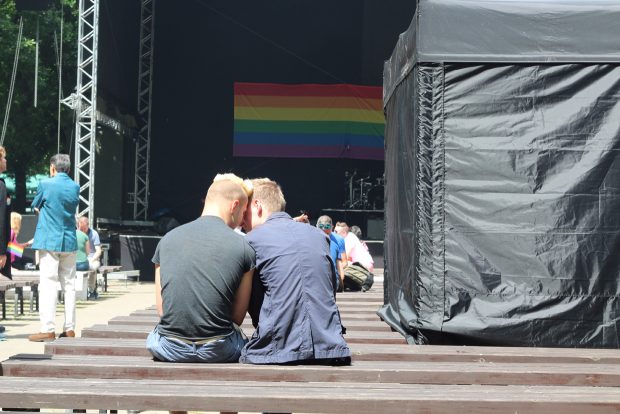 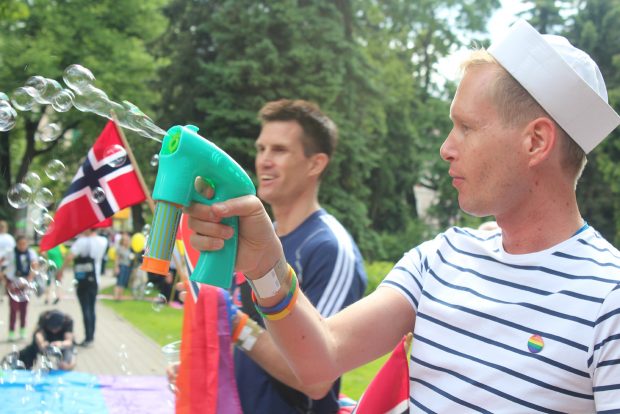 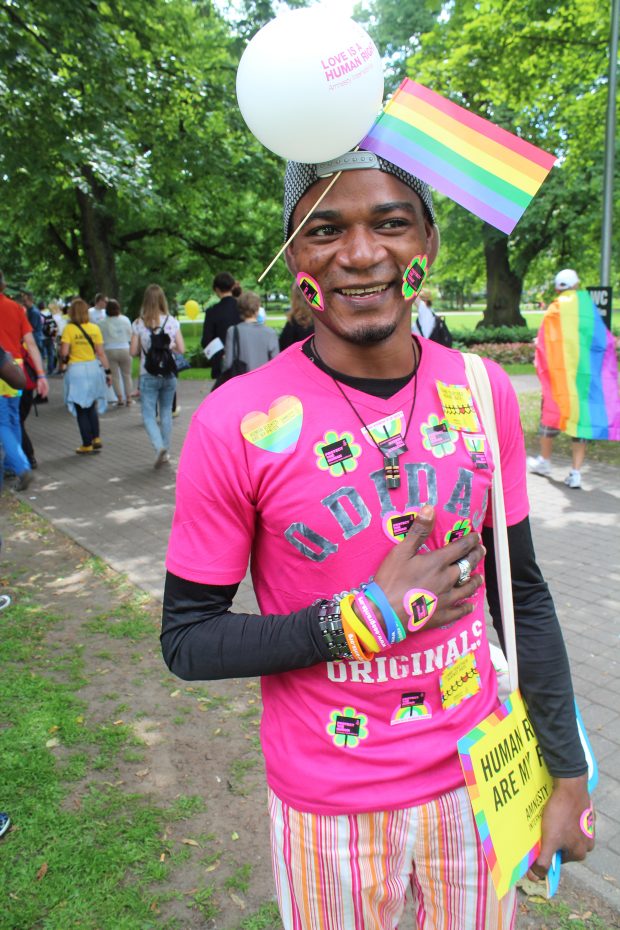 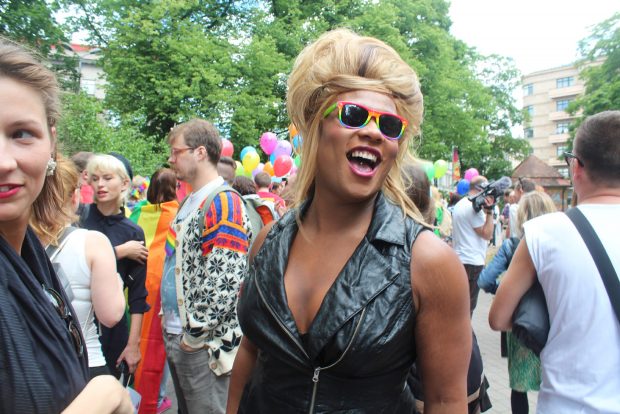 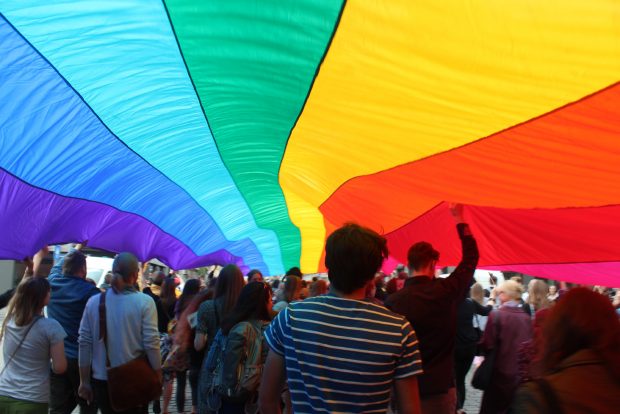 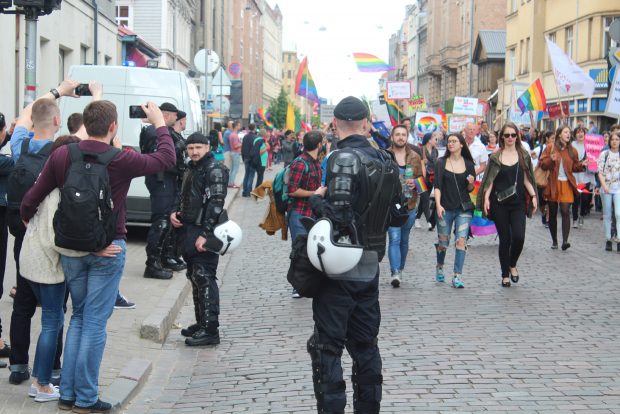 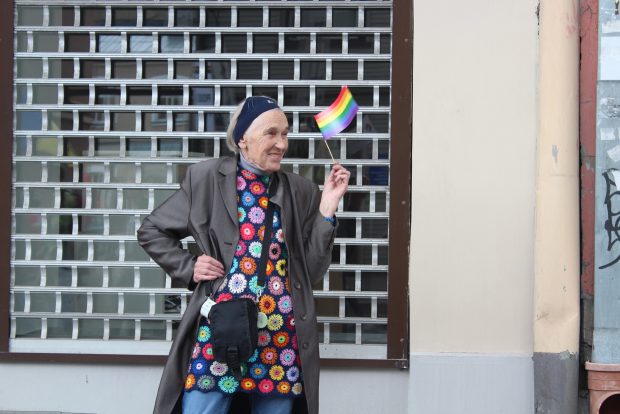 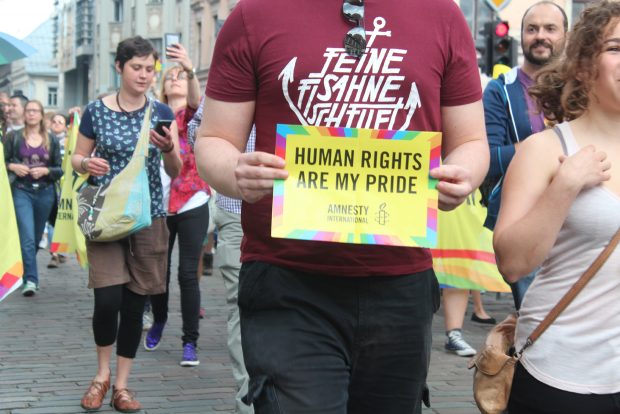 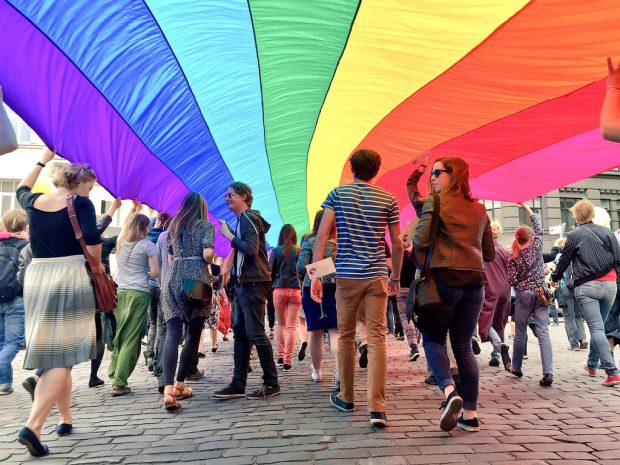 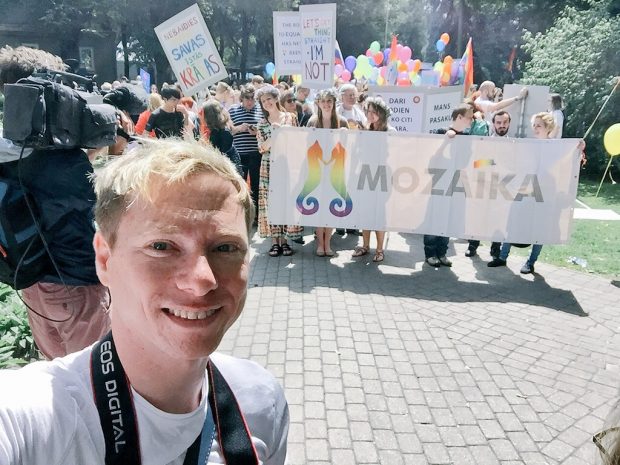 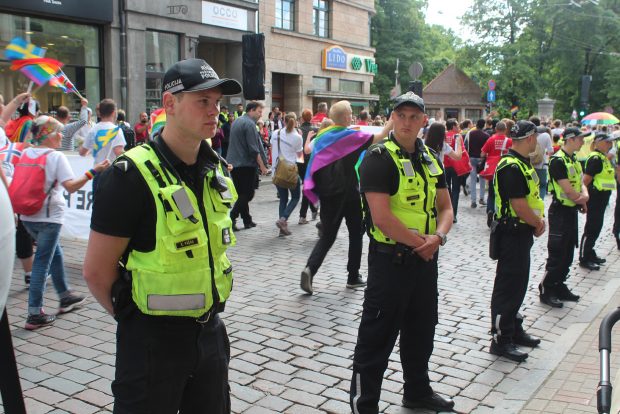 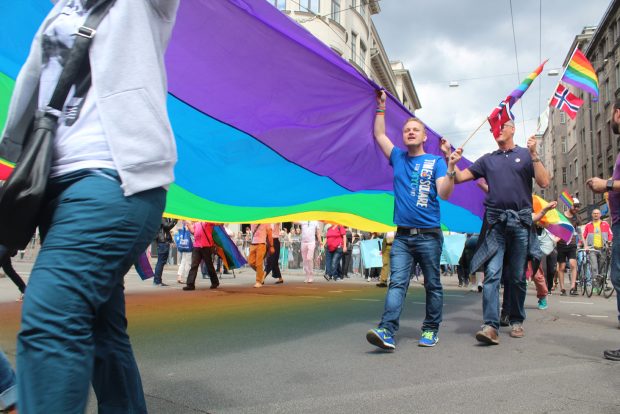 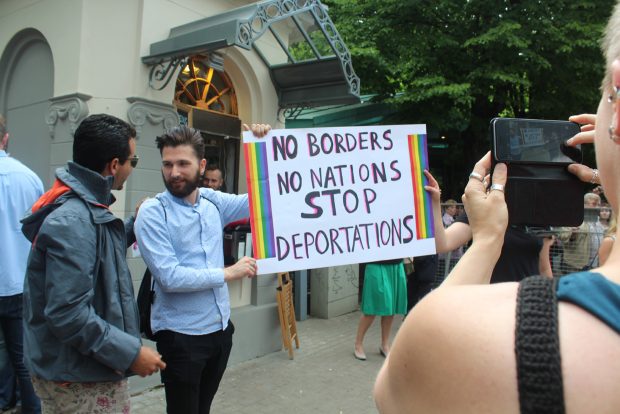 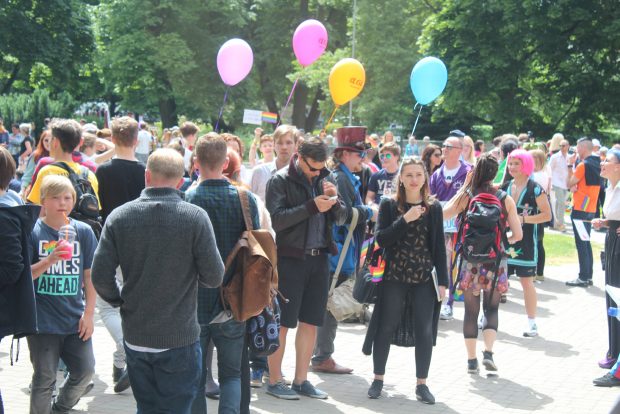 For even more #gaytravel updates from Europe this summer, make sure you’re following me on Twitter and Instagram where I’m sharing photos from all the gay festivals and events I’m attending (which there are many!). Note: I was invited to Riga as part of the #mygaypride summer campaign — view more about #mygaypride here, including how you can participate at your own summer pride events!

The Riga EuroPride parties had much of the same atmosphere as the pride march. Riga’s typically small gay scene came alive with large groups of internationals out each night. The official closing party included performances by Ms Peppermint and Steve Grand. Both American performers kept the party going long into the Saturday night with energetic crowds dancing and singing along.

Click here to learn more about this summer’s #mygaypride campaign.