45 Unexpected Things To Do in Paris

This isn't your typical list of things to see in Paris. Sure, the Louvre is great. And the food is great. But there's a lot more to the world's most touristic city than its tourist sites. Here: a guide to what's special and unexpected in Paris.

Paris is one of those cities that’s always so easy to return to. There are just so many amazing things to do in the city, so many amazing museums, and activities, and parks, and the food—THE FOOD! Well, by food, I mean cheese. But you get the idea: Paris is exciting. It has been, it is, and it always will be.

Paris isn’t just a place, it’s a way of life.

And while the main tourist attractions shouldn’t be missed, there’s a lot of ways to enjoy Paris. It’s not all museums and walking tours, it’s also the way you soak it all in. Below, my list of unique and unexpected local things to do in Paris.

Unexpected Things To Do in Paris 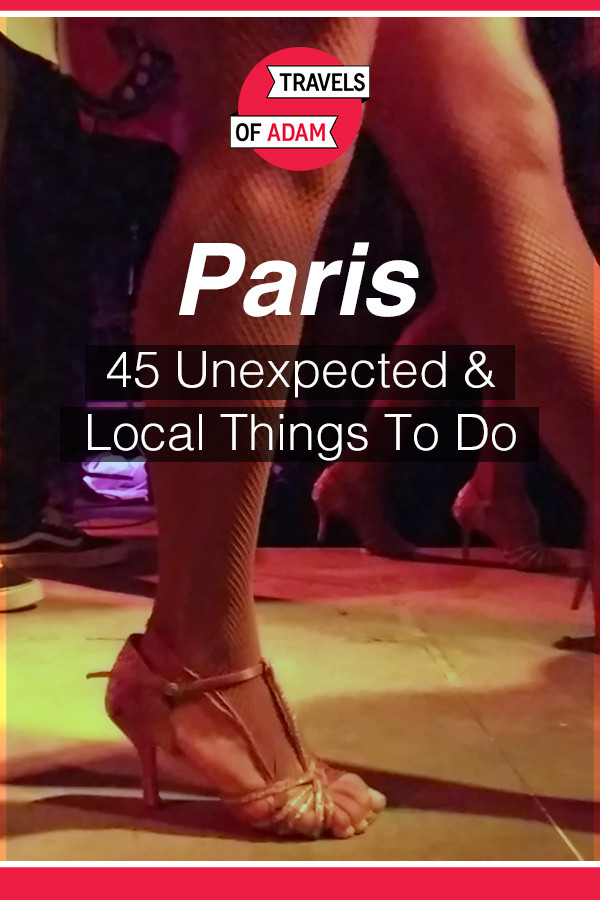 Paris is beautiful. And its beauty isn’t just in the big monuments, it’s along the streets, in the parks. It’s infused within the city’s very being—a place revolutions have been won and lost, where the people remain resilient. It’s beautiful but also very real. A truly unique city.

Someone asked me recently if I liked Paris. “Isn’t it too crowded, too touristy,” they asked. No. Paris is Paris and there’s no other place like it. A city that’s as pristine and beautiful as it is dirty, rough, and raw.

I think a lot of people visit Paris just once—hitting up all those tourist things to do—and once they’ve checked it off, they’re good. But there’s so much more to this city. It’s the kind of place you can always return to, one that changes frequently. Because Paris isn’t just a place, it’s a way of life. An experience, really, way more than its attractions.