I’m going to make this a quick one.

Since February 5th, the 65th Berlinale International Film Festival has been on in Berlin. It’s easily my favorite time of year in the city. Berlin’s winter melts away under a sea of red carpets and tourists flock here for celebrities, for movies, for art. But these tourists are different than the EasyJetSetters that fly in on summer weekends for Berghain. These tourists are here for the art and culture (and sometimes, the Berlinale parties)—all imported for two weeks in dreary February. These two weeks, the city is alive with an energy and an excitement usually reserved for the summer. It seems everyone is going around the city with a Berlinale tote bag—on their way to and from the city’s cinemas.

So, it’s today—Saturday, February 7th—and I’ve just come from my first Berlinale film of the season. Literally. I’ve got another two hours before I’m off to another movie tonight. And then several more over the next few weeks. But this first movie I’ve just seen has already got me thinking. And that’s what I love about this festival. 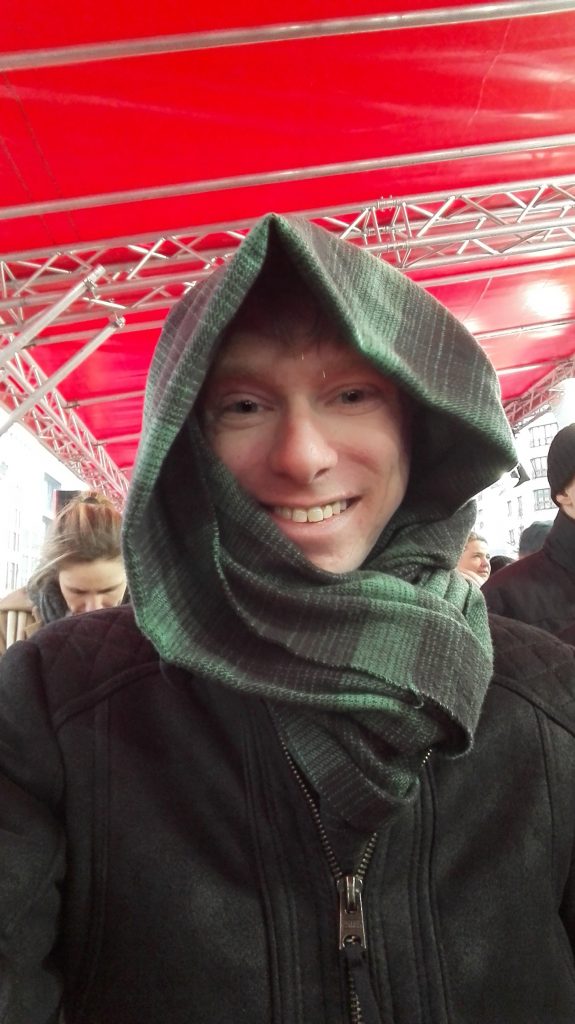 We showed up at the cinema, waiting in the cold on the red carpet before entering. The theater was obviously going to be crowded. This wasn’t the premiere for 45 Years (it was already the 2nd or 3rd showing at Berlinale) but the Berlinale buzz so far was pretty positive—so we were definitely expecting a crowd. 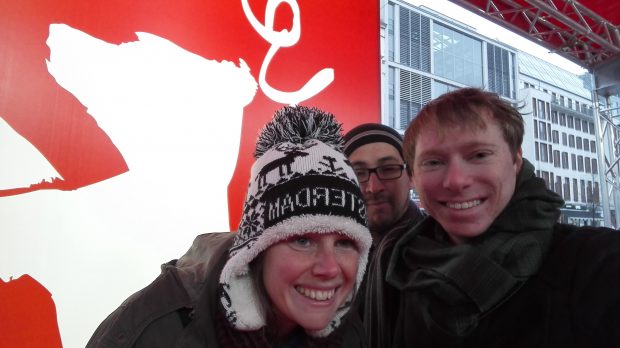 After making our way into the Friedrichstadt-Palast, the three of us split up to see where we could get three seats together with the best possible view. My friend Liz managed to snag us a triple up in the top-most balcony, with a decent view out over the crowd. The lights went off and the Berlinale logo came on. 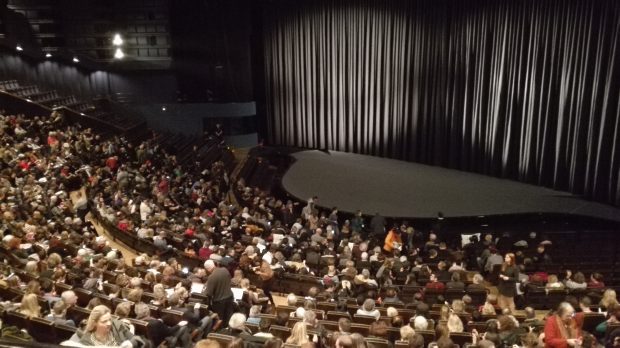 Waiting for the film

*Some spoilers below, deal with it

The movie, featuring Charlotte Rampling and Tom Courtenay, tells the story of a couple celebrating their 45th wedding anniversary. As the wife prepares for the big party, the husband receives unsettling news from his past. A tragic event from his past (when in Switzerland) reappears creating tension between the couple. The film explores the boundaries of love, whether love has an ending and relationship insecurities.

When I first read the synopsis in the Berlinale program (here), I wasn’t really sure what to expect. I didn’t find the synopsis particularly compelling. The movie was slow at times, but never boring. I found myself curious and anxiously awaiting for things to happen—which they did. A turning point in the film was a surprise discovery by the wife that the husband’s first relationship included an unborn child.

The movie, though, is less about the plot and more about the characters. It explores how the decisions we make affect us, and how we react when things don’t go as planned. During the film, I couldn’t make up my mind on what I wanted to happen. Things could’ve gone any which way. And by the end, I think that was the point.

A big part of the film deals with a tragedy in Switzerland from 50 years prior, which happened during a trip. I’ve never experienced a tragedy on one of my own travels, but I do understand the profoundness one might experience on any type of particular trip. There are some trips you take that never really end, and then there are others which are sometimes easily forgotten.

Sometimes I wonder how my life would’ve been different without taking the risk of exploring the world. What would be I doing? Who might I be with? How different would my daily life be? The truth is, I do not regret. I love the city in which I live and I am confident about my plans and goals, but the routes you take are full of deviations and we are never sure if the one road we took is the best one. You are stuck with decisions, but not taking a decision is worse. In retrospect, the decisions you take always make some sense.

Ultimately, I think 45 Hours is about how we have to deal with our *big* decisions and their consequences. Even the decisions we may have been forced into because of tragic situations. I’d give this film 4 out of 5 stars. I really enjoyed it. The acting was pretty incredible (Charlotte Rampling is able to do some incredible things with her facial expressions) and overall, the photography & scenery was picturesque. The message of the movie is a good one—and the film certainly made me think. And that’s why I go to the Berlinale.

Oh, and by the way, the director of 45 Hours is Andrew Haigh—who also directed one of my favorite gay films of all time, Weekend.

Read more about the Berlinale including my film reviews and other reports about the festival: