Travel blogs, photos and features from the land of potatoes, vodka & pierogi! 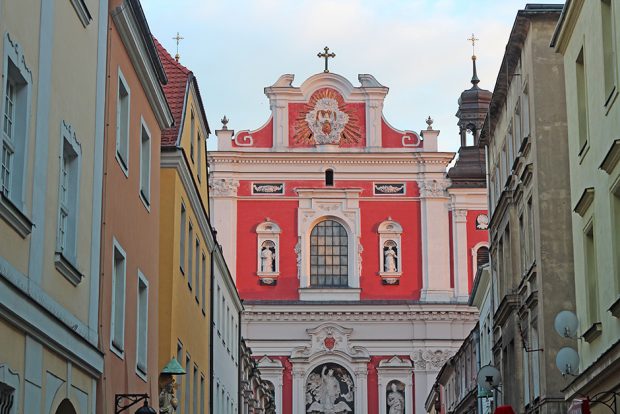 Often misunderstood, Poland is a beautiful country with vibrant cities, gorgeous nature, hearty food, good beer and great infrastructure, making it a great destination for travelers. It’s pretty affordable too! Start here with my basic Poland travel tips, or jump down below to read my latest Poland travel blogs.

Like the rest of central and northern Europe, Poland has four distinct seasons with a big variation in temperatures from summer to winter. To make the most of your visit to Poland, spring (roughly April till June) is a good time to visit, as this is when the weather is warm but not too hot and before the crowds of summer descend on many of the bigger tourist centers of the country.

That said, December can be a very nice time to visit Poland in the lead up to Christmas, when town squares fill up with markets selling traditional Polish foods and gifts in preparation for the holiday season. Just make sure you bring warm clothes and a hat, a scarf and gloves!

Poland is one of Europe’s largest countries and offers a variety of diverse reasons to visit. As always, it’s easiest for first-time visitors to experience the bigger tourist cities, and then you can enjoy many day trips to wander a bit further off the beaten path.

Warsaw – The capital and largest city, Warsaw may not have as much old town charm as many other smaller Polish cities, but it certainly makes up for it with its hipster scene and edgy vibe. Take a walk along the Vistula River at sunset, eat out at the weekend breakfast market and go bar or café hopping around Saviour Square.

Krakow – Perhaps the most famous Polish city, and the second largest in the country, Krakow is well known for its beautifully preserved old town. It’s also a very trendy city with a burgeoning art scene, cool clubs and dozens of hip cafés and eateries to explore.

Poznan – This often overlooked city in western Poland close to the German border has a lot to offer, especially as a day trip from nearby Berlin. It’s a very walkable city with a colorful old town and a great vegan scene too, despite being such a small city!

Poland is a surprisingly big and culturally dense country, so taking a tour either around a certain region or within a city will give you a good overview of what the country has to offer as well as saving you time and probably money too! Take a look at this selection of Poland tours.

Poland is a pretty mixed bag when it comes to LGBT rights. In theory, it looks like a very gay-friendly country, never having made same-sex sexual activity officially illegal, having an equal age of consent for almost 100 years and placing no restrictions on men who have sex with men from donating blood, for example.

In practice, however, there is still a lot of discrimination in Poland, especially outside of the large cities, so traveling there as an LGBT person it’s important to be aware of the situation. That said, there is a large queer movement in the country. Here are some things to know about gay Poland.

LGBT Film Festival – For a week in April every year, this nation-wide film festival showcases Polish and international films with the aim to bring “us closer to the world that we are often longing for. The world of freedom and equality, respect for our rights and identities but also the opportunities that often remain only in our dreams.”

Warsaw Equality Parade – Taking place every year in June since 2001, this is a highly political event and in the past has experienced some trouble with anti-gay protesters. Nonetheless, it’s still going strong and endeavours to spread love and acceptance throughout this divided country.

There are lots of bargains to be found in Poland in terms of accommodation, making it a great place for budget travel. There are also all the chain hotels you’d expect as well as some nice boutique options too.

Top 10 Cool Things To Do in Warsaw

Poland’s capital city is also one of the coolest in Europe. Warsaw’s long history has made it into a dynamic and cultural city with unique and trendy things to see & do

Read More about Top 10 Cool Things To Do in Warsaw

The Joy of Giving When Traveling

Read More about The Joy of Giving When Traveling

Polish Pierogies and Beer in Szczecin

A day trip escape to Szczecin, Poland – at first it’s all about Polish pierogies and beer, but then I remember something…

Read More about Polish Pierogies and Beer in Szczecin

The Pretty City of Poznan, Poland

Photos of the pretty Polish city: Poznan. With colorful buildings in the Old Town plus street art and colorful architecture, Poznan is oh-so-pretty

Read More about The Pretty City of Poznan, Poland