Travel blogs, travel photos and stories from the Midwestern state of Illinois 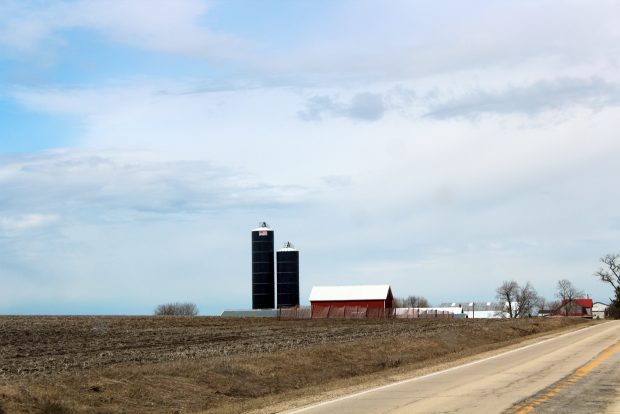 Much more than just Chicago, the Prairie State is full of surprises. Birthplace of of the Twinkie, ice cream sundaes, Abraham Lincoln and Oprah Winfrey, Illinois has had a long and colorful history and nowadays has some surprisingly cool places to visit. Start here with my basic Illinois travel tips, or jump down below to read my latest Illinois travel blogs.

The weather in Illinois can be extreme. In summers, it gets very hot while winters can be bitterly cold with heavy snowfall, which is great if you enjoy skiing and other winter sports! In summer, things definitely get busier and prices rise slightly, so early fall can be a good alternative time to come to Illinois.

With a strong German heritage, it’s perhaps no surprise that many Illinoisans celebrate Oktoberfest, and there are various celebrations from September right through till the end of October all over the state. Keep this in mind when planning a trip to Illinois, as these events can mean that hotel rooms sell out and towns get a lot busier than usual!

Visit the Abraham Lincoln Presidential Library and Museum – Prepare to brush up on some history at this cool museum, not only about the eponymous president but also about the Illinois itself in the state capital, Springfield.

Stay in a treehouse – What more could you want than to spend a night up in a tree? Well at the Timber Ridge Outpost and Cabins in Shawnee National Forest near Elizabethtown in southern Illinois you can! It’s the perfect place for something a bit different and for everyone from honeymooners, hikers, bicyclists, bird watchers to star gazers.

See dinosaurs and Japanese gardens in Rockford – The cute city of Rockford in northern Illinois is the third largest in the state but only has 150,000 inhabitants. Nonetheless, it has some cool and unusual sights such as the Burpee Museum of Natural History famous for housing the best-preserved and most complete young Tyrannosaurus rex skeleton anywhere in the world and the Anderson Japanese Garden.

Taking a tour in Illinois will save you time and money as you’re guided by someone with local knowledge to take you to all the best places to see.

Often regarded as one of the most liberal states in the Midwest, Illinois has a reputation for being tolerant and progressive on LGBT issues. With Chicago, the state’s largest city, as one of the gayest cities in the US and a long history of queer counterculture, it’s no surprise that Illinois is so gay-friendly. Here are some of the best places to know about in gay Illinois.

Club House Station, Springfield – This friendly neighborhood gay bar in the state capital is always a good time, and probably the best bar, gay or not, in Springfield. Come on Wednesdays for karaoke and Saturdays for drag shows.

Office Niteclub, Rockford – Deceptively disguised as a dive bar with screens showing sports and dart boards, this friendly and cozy gay bar has a fun atmosphere and the spacious dance floor is definitely inviting!

Chicago Pride – Of course Chicago has hundreds of gay establishments all over the city, but the biggest event of the year on the gay calendar is without a doubt pride, which has been taking place at the end of June each year for almost half a decade and involves almost the whole city.

Outside of the large cities, hotels are often less busy in Illinois, but can still fill up during seasonal events, such as Oktoberfest. In the big cities, booking in advance is always a good idea.

The Best Places to Visit in Illinois

Much more than just Chicago, the Prairie State is full of surprises. Birthplace of of the Twinkie, ice cream sundaes, Abraham Lincoln and Oprah Winfrey, Illinois has had a long and colorful history and nowadays has some surprisingly cool places to visit. Illinois is a beautiful state with plenty of attractions to explore. From Chicago’s …

Read More about The Best Places to Visit in Illinois

Read More about 5 Summer Festivals & Parties Worth Traveling For

Story from visiting the Burpee Museum of Natural History in Rockford, Illinois. And for what it’s worth, dinosaurs are awesome.

Read More about Dinosaurs in Illinois?! The Rockford Burpee Museum

I Went to Chicago and Ate All the Food

Photo essay & restaurant guide to Chicago places to eat & drink — With only a weekend in Chicago, and just 3 meals a day (okay—sometimes 4), I only had so much time to eat. But eat I did!

Road Tripping in Illinois – The Highlights

Read More about Road Tripping in Illinois – The Highlights

Chicago is cool. This isn’t just some boring midwestern city trying to be cooler than it is. This is a city that deserves much more hype than it gets.