Sure, it’s the political capital of the United States, but Washington, D.C. is so much more than its politics. With one of the most diverse culinary scenes in the USA and a hub for the country’s best art and historical collections, there are so many things to do and places to explore, you could spend weeks in just the museums and still not see it all. Even if politics aren’t your thing, Washington D.C. makes for a great city break. Sure, it might be hard to ignore the political history that serves as lifeblood for the city, but besides politics, there are a number of great reasons to visit.

I’ve been to Washington, D.C. a handful of times—on solo trips, on school trips, on family trips and even on a romantic winter holiday. Always for an extended weekend, I have to cherry-pick which museums to see based on the current exhibitions, or which neighborhoods to check out for the newest and coolest restaurants. There’s always just so much to do and see in Washington, D.C.

Here are the basics: 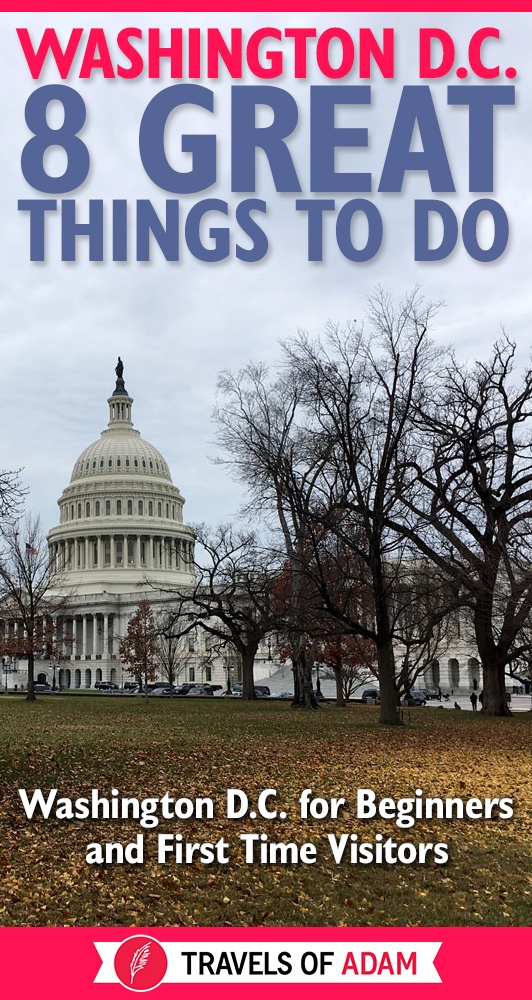 A Beginner’s Guide to Washington, D.C. 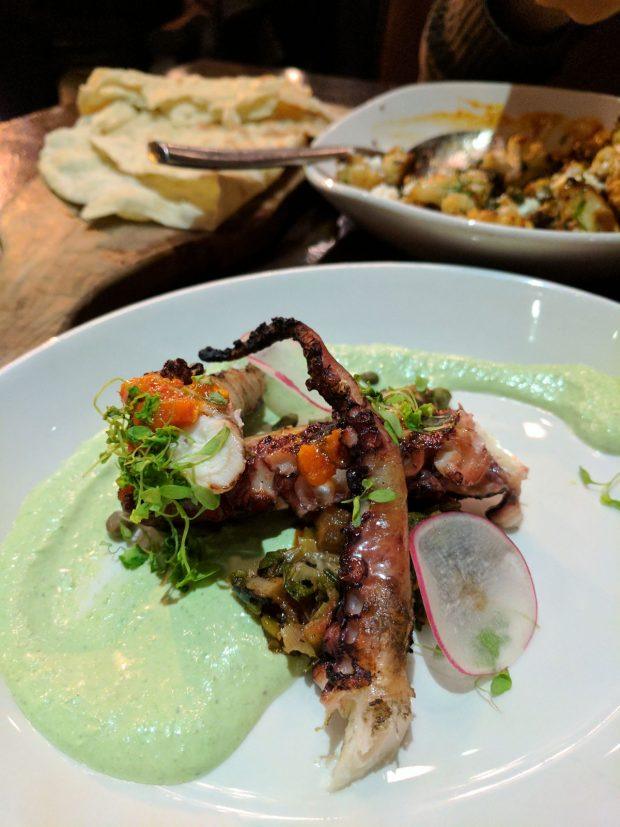 The first great thing about D.C. is the food. Maybe that’s surprising, but it shouldn’t be. This is the capital of the United States and just about every country in the world has some sort of diplomatic mission in Washington, D.C. Because of that, you’ve got one of the most diverse culinary scenes to be found anywhere in the world. You can literally find everything. 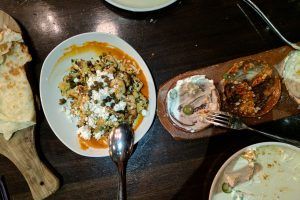 Cuban restaurants, Indian, Mexican, Ethiopian—but also cheap fast food favorites like Ben’s Chili Bowl and the many pizza and falafel eateries around Adams Morgan. Indeed, one famous D.C. restaurant was subject to controversy because of fake news. Comet Ping Pong pizza is a local favorite and now in the national spotlight. If you decide to go, don’t forget to visit the cool Politics and Prose, a bookstore just next to it with a great variety of publications and a small café.

Try Kapnos (a modern Greek restaurant) by Mike Isabella which features unique takes on Greek classics. They serve small shareable plates so make sure to try a sampling of their best dishes. Go for the charred octopus with harissa or their rotisserie. 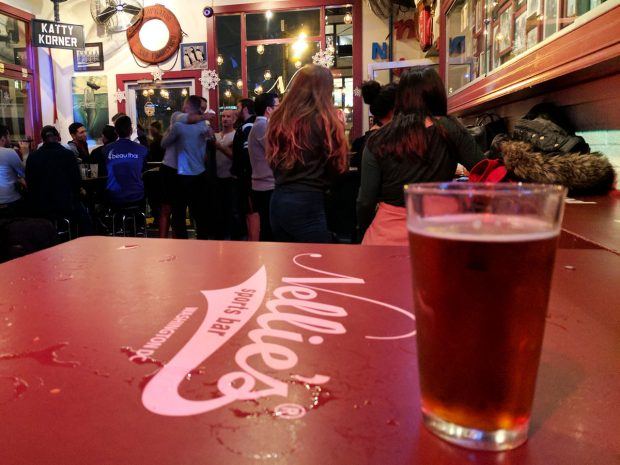 Washington, D.C. is a big student city. There are several big universities such as Georgetown and American University. And even with the local students, the city attracts interns from around the world year-round, making it a young and fun place to visit. Explore the areas around U Street where you’ll find music venues, bars and plenty of amazing restaurants (at every budget). 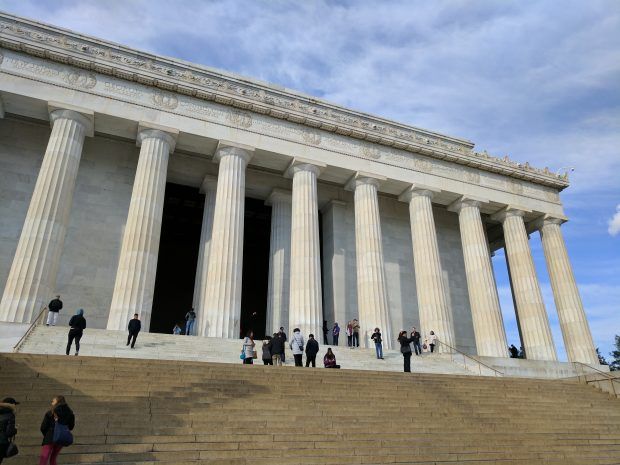 There’s no question that Washington, D.C. is a political city. But it’s also very historical—the seat of our government for hundreds of years. You can feel politics everywhere in the district. Washington D.C. is one of the places where our past is clearly visible. The National Mall—an obvious must-see and arguably our country’s most famous national park. It’s not only a historical place of protest and congregation, but it also the site of tribute and respect to those who fought for our American values. From the feet of the Lincoln Memorial to the steps of the United States Capitol, there are countless memorials and monuments. Injustices like the imprisonment of Japanese people in “concentration camps” in the U.S. are also recognized on the Mall.

The Mall isn’t just about our history, though. It’s an important place for our present. Protests and demonstrations are regular occurrences and important reminders of what can and does create change. The Women’s March in January was a great reminder of this. 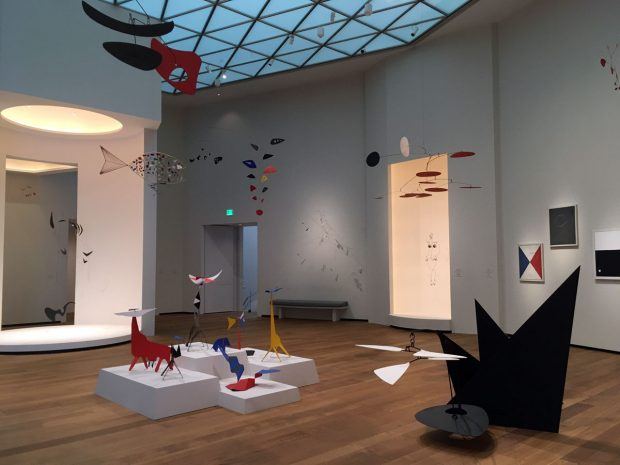 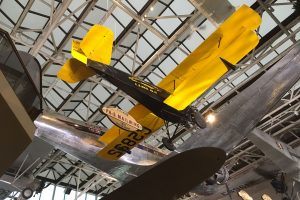 Many of D.C.’s best museums are also located on or near the National Mall, including the outstanding Smithsonian collections. The National Gallery of Art has collections of both classic and contemporary art while science and technology are exhibited in the museums like the Smithsonian National Air and Space Museum. In you’re visiting during the winter times, you can even go ice-skating in the Sculpture Garden, and then walk around the National Mall toward the National History Museum of the Museum of American History. The best part? It’s all free! (Well, except the ice-skating.)

The Smithsonian collection is the world’s largest museum with 19 separate museums and galleries, plus the National Zoo and additional research facilities. Several of these museums can take up to four hours even for a quick visit. It’s impossible to see it all. But you’ve got to start somewhere!

Besides the Smithsonian, there are other museums in Washington, D.C. including those that require you to pay. The Newseum celebrates and exhibits the history of humanity through news events and headlines. This museum includes a small exhibition about refugees, a hall with all the photos that have won Pulitzer prizes and a very moving collection of newspapers about 9-11. The museum is located next to the National Archives where you can also visit to see the Declaration of Independence and the Constitution of the United States. Not far away is the White House—a regular fixture in the news. 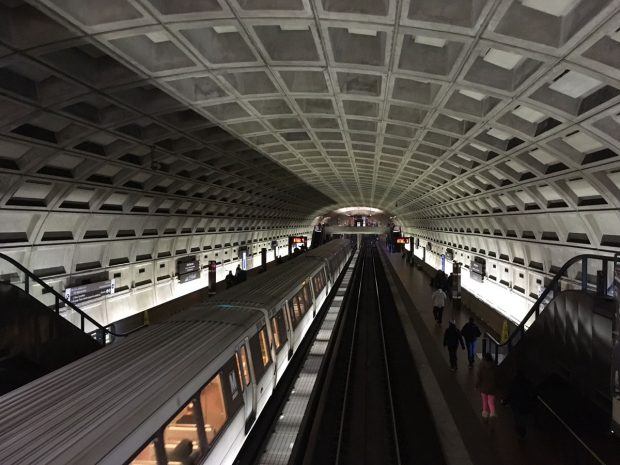 There’s this popular saying that Washington, D.C. was built on a swamp (fake news – see here), but the sprawling layout of the city does make it rather difficult to get around on foot. Luckily, the D.C. metro will get you just about everywhere. Within the D.C. metro area, you can travel between two different states and the Washington, D.C. district. You can jump into the metro and visit Virginia, or you can head to Georgetown for shopping, walking and public art. 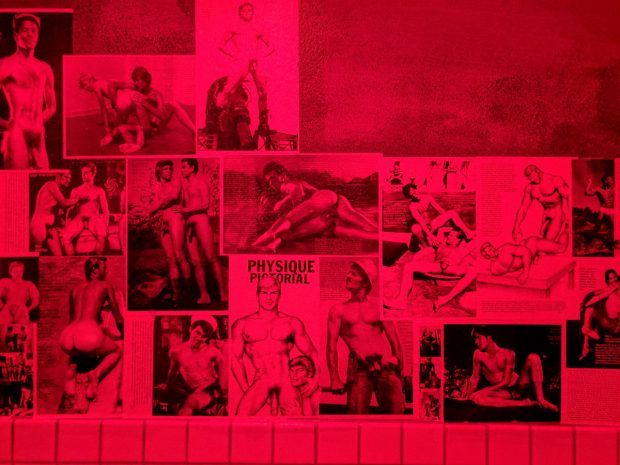 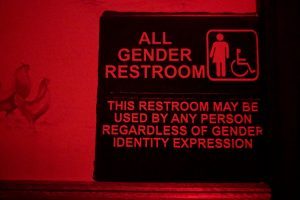 Like most other large American cities, there’s a diverse LGBT scene. Many of the gay bars are spread out throughout the city, but a handful are located in and around the Dupont Circle area. On Thursdays, Trade bar on 14th street is popular. Expect bathrooms plastered in pornographic wallpaper and lots of bearded hipsters. Meanwhile, Nellie’s Sports Bar on U Street hosts regular drag events and queer student parties. The Fireplace is open every night of the week with a local and casual vibe. 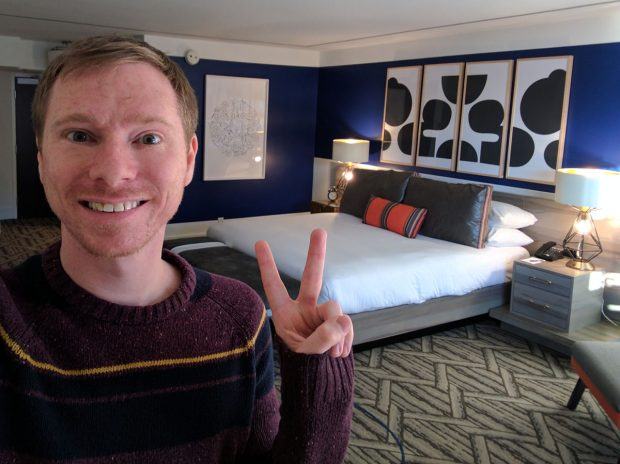 Inside at the Kimpton Hotel Palomar – walking distance to Georgetown, Dupont Circle and U Street areas

Finding affordable accommodation in Washington, D.C. isn’t always easy. If you’re looking for affordable accommodation outside of the city, look for rooms available on the outer edges of the DC metro system—for example, in Alexandria, Virginia or in Maryland where you can still reach the city center in under a half hour on public transportation. If you choose to stay in the city, Kimpton Hotels has properties in and around the Georgetown area—a great place to be based for both urban exploration of Washington, D.C.’s best art and culture, as well as the city’s vast amount of historical monuments and museums.

Kimpton Hotel Palomar is located conveniently within walking distance to some of Washington D.C.’s best neighborhoods—just a short walk to Georgetown in the east or Dupont Circle and U Street within 10 minutes walk. The hotel offers a complimentary evening wine reception each day, and the hotel’s Urbana restaurant serves hearty and healthy Italian food (and BIG breakfasts!). The Kimpton Glover Park Hotel has it all figured out — close proximity to the best of what downtown DC has to offer, yet located in a quiet residential area with sweeping views over the Potomac River and the National Mall. 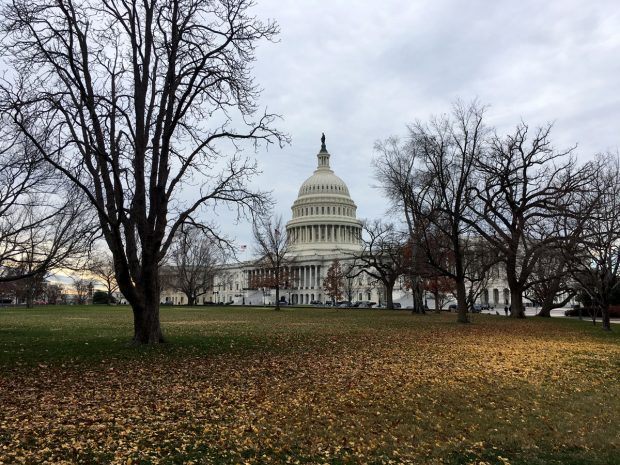 Washington D.C. is a walkable city and is likely safer that it has ever been. Its streets are crowded with people from every corner in the world—a true reflection of a more globalized America. And because of D.C.’s many students and universities, there’s a smart but casual atmosphere…and a certain amount of optimism and hope for a more exciting and more interesting world.

However, being in D.C., it’s also very much a city for everyone from every political background and ideology. Visiting the U.S. capital city offers an incredible opportunity for learning and embracing our country’s diversity. But remember you can and likely will encounter every political belief here. Politics is a dirty business here and everywhere, but don’t let that spoil what’s truly a dynamic and fascinating city—one worth visiting even now in this time of Trump. 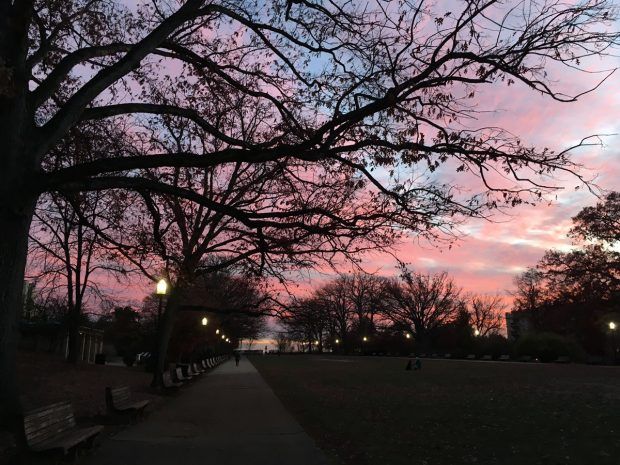 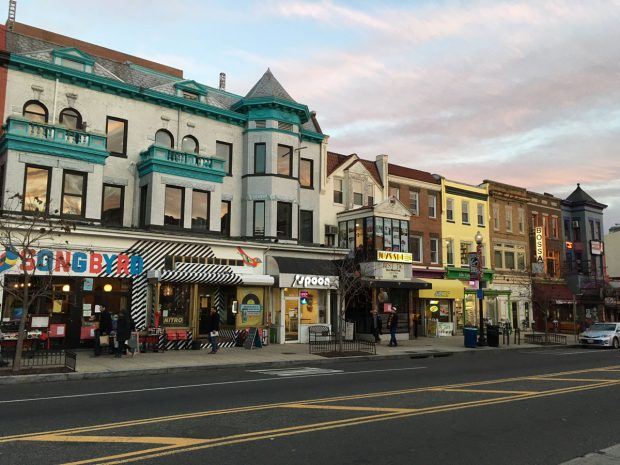