Ian McEwan is one of my favorite authors. So much so, that when I was in Israel last year, I made a special visit to see him speak after winning the 2011 Jerusalem Prize for literary excellence.

I love his way with words. Often tragic, his stories present a sad (slightly unbelievable) reality of a world that may or may not exist. I’m usually an optimist, but his books present a tragic-realist side to things. It’s very much his words that compel me to think a little bit more, to understand myself, and yes, to even push me to change.

In 2011, when giving his acceptance speech (which was controversial in its own way), Ian McEwan related literature to travel:

There are some similarities between a novel and a city. A novel, of course, is not merely a book, a physical object of pages and covers, but a particular kind of mental space, a place of exploration, of investigation into human nature. Likewise, a city is not only an agglomeration of buildings and streets. It is also a mental space, a field of dreams and contention. Within both entities, people, individuals, imaginary or real, struggle for their ‘right to self-realisation’.

His books are so focused on the people and individuals from a story, but for some reason, the settings he chooses and the stories he tells with these wonderfully interesting characters almost always inspires me to get out and move. To change a little, if I can. 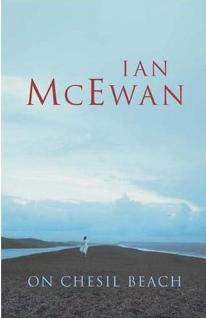 This is how the entire course of a life can be changed: by doing nothing.

Ian McEwan’s book On Chesil Beach has long been a favorite book of mine. The short, compelling story spans the juvenile marriage of a young married couple in England. The novella is all about their honeymoon night—which predictably is all about sex. Like McEwan’s characters in other stories, the protagonists are more-than-flawed and tragedy ultimately overcomes.

Yet the lonely scenes McEwan describes on a desolate, cold beach are striking in that you can feel the horror of the characters’ emotions and the setting. Despite the book being anything but romantic, I still think I’d love to visit Chesil Beach in Dorset, England. But I suppose England in general is often cold and dreary… 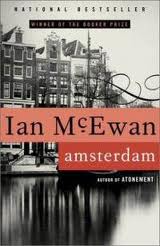 I won’t lie that the first time I picked up this book, it was because I thought it’d be about Amsterdam. In fact, the book is a psychological view of two men and the morality of the decisions they make. The book doesn’t even take place in the city until the very end, where things take a sudden and strange turn.

The main protagonist of the story is Clive, a musical composer. When he witnesses an event in England’s Lake District, the choice he ultimately makes affects the rest of his story. I found his story quite compelling, saddening and ultimately frustrating. McEwan’s prose has a way of romanticizing certain characters even with all their terrible (and I really mean terrible) flaws, but not in a way that I would ever want to be able to relate to. McEwan writes about Clive that,

He would work through the night and sleep until lunch. There wasn’t really much else to do. Make something, and die.

Clive lets his passion overrun him to the point of self-destruction. While I certainly believe passion is one of the most beautiful things we, as humans, are capable of, there are still certain limits. Though Amsterdam is very much about the insular nature of the main characters, there’s a certain beauty in his words that still makes me want to visit Amsterdam—even if it means I’d be doing so just to prove I’m quite the opposite of Clive. 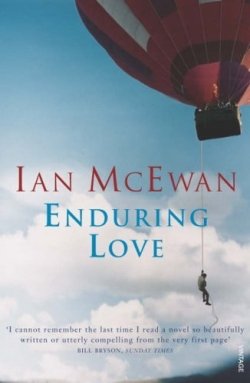 Enduring Love is a psychological thriller which centers around the opening event—a hot air balloon accident that connects a handful of strangers. If you’ve seen the movie trailer you’d have a sense of how such a strangely bizarre event can have a lasting effect on an individual, but also on the connection between strangers.

Always fascinated with the sky, there’s something poetically beautiful about a hot air balloon accident. I won’t say that the book makes me apprehensive about being in a floating box above the clouds. In fact, I think the book makes me want to be up in the air even more than usual—at the very least to see and understand how such a fictional accident could occur. 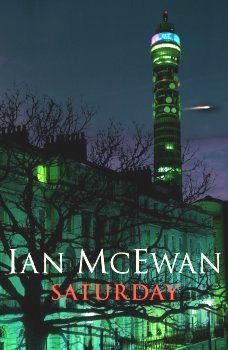 When we go on about the big things, the political situation, global warming, world poverty, it all looks really terrible, with nothing getting better, nothing to look forward to. But when I think small, closer in—you know, a girl I’ve just met, or this song we’re going to do with Chas, or snowboarding next month, then it looks great. So this is going to be my motto—think small.

Think small! A brilliant way to understand life. Saturday follows the internal dialogue of a neurosurgeon on a single day in 2003—just as protests are happening in London in response to the Iraq war. I really enjoyed Saturday for embracing a political theme in a smart, solitary environment on a small scale—just this one man’s perspective. 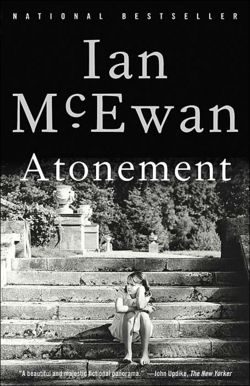 The cost of oblivious daydreaming was always this moment of return, the realignment with what had been before and now seemed a little worse.

No list of Ian McEwan books would be complete without Atonement. The wartime story of lovers is both tragic and beautiful. This book mostly just makes me wish I lived in a different era. Maybe that’s because I’m a history buff. Either way, Atonement makes me want to travel to the UK (and time travel).

For more book recommendations, be sure to check my page of books that I love. I’ll periodically add what I’m reading there if anyone’s ever interested.