The Magic of London

And I'm not talking about Harry Potter

London, one of my favorite cities in the world. I lived there briefly in 2006 and these days, living in Europe, I visit it frequently. And even with all the time I’ve spent in London, I’m still enchanted by its magic. It’s not only the historical and cultural relevance of the city, but maybe more charming? The daily life. No matter where you are, London comes to you. In the news about royal babies, economic crisis, in the dark avenues filled with Sherlock Holmes’ adventures and even in the post-apocalyptic scenarios of movies like 28 Days Later. (Yes, zombies love London too! Scary, but smart!)

My last trip was already several months ago, but I remember why I love London so much. It’s the rhythm of the automatized wandering in the Tube, the smells of the Indian restaurants on Brick Lane, the relaxing atmosphere of walking along the Thames. I’ve done lots of things in London, from visiting the Globe Theater and enjoying both comedies and tragedies of William Shakespeare. I’ve seen one of the best musicals: Wicked! And I would see it again and again and again. And again! I love to get lost in London’s museums (most of them work with donations) and I’ve been lucky to spend hours admiring paintings from Rothko to ancient pieces recovered (or stolen) from faraway places.

So, does it makes sense to keep visiting London again and again? I’ve met lots of people who say that they only travel once to a place and they never come back. The problem is: How can you enjoy London in one single visit? Every time I think about visiting London, my heart beats with excitement. There is so much to do, so much I still have to see. Each time I discover new restaurants, new food trucks, new places to eat. I’ve only walked around Portobello Road a handful of times. It’s where George Orwell’s house is located and, on my last visit, I missed the market because it was closed. For me, London is never finished. 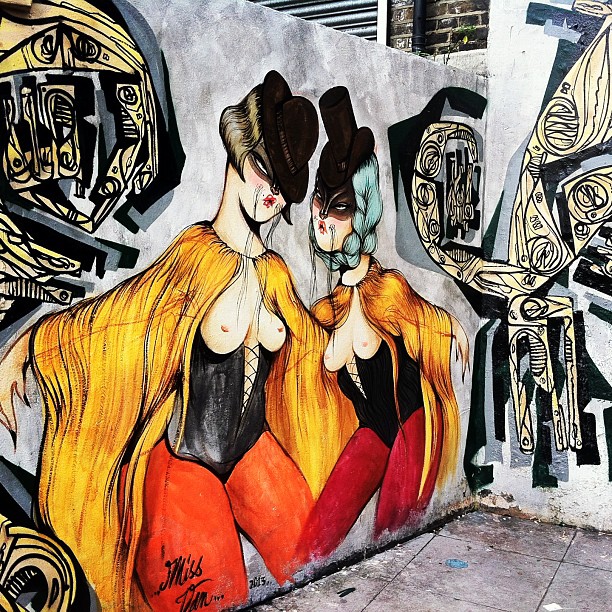 The thing is: that’s exactly the magic of London. I’ve never been in the Sherlock Holmes Museum but I’ve walked in front of it on my way to Regent’s Park. The Tate Modern and the British Portrait Gallery always offer new and exciting exhibitions that are well worth long-weekend trips. Next year, between September 2015 and January 2016, The World Goes Pop at the Tate Britain with more than 200 works created in the 60s and 70s from all around the world. I don’t want to miss that! It’s art and it’s politics and it’s the amazing diversity of our world. London truly has it all.

You would need a whole life to explore this town, but maybe I feel like that only because I don’t live there. I wonder if born-Londoners get bored or stuck in the city. Or if they even feel this longing for the city. I know every time I visit London, I love it. Eating in Chinatown, going to the museums or just writing in my diary at a cozy coffee shop. Yes I know that London is expensive. And yes, it’s very probable that you would spend more money there in one week than a month in India. But it’s worth it. Any chance I can I would visit London again. In fact: I’m going again next month. To enjoy the theater, to visit the Victoria and Albert Museum, to eat (overpriced) fish & chips.

I just love to be sitting there with my computer, up in the air, looking at the clouds through the window and listening: Dear passengers, we are approaching London Gatwick.

From London, Gatwick Airport services over 200 destinations. Consider Gatwick Parking facilities when you’re traveling to or from the UK.