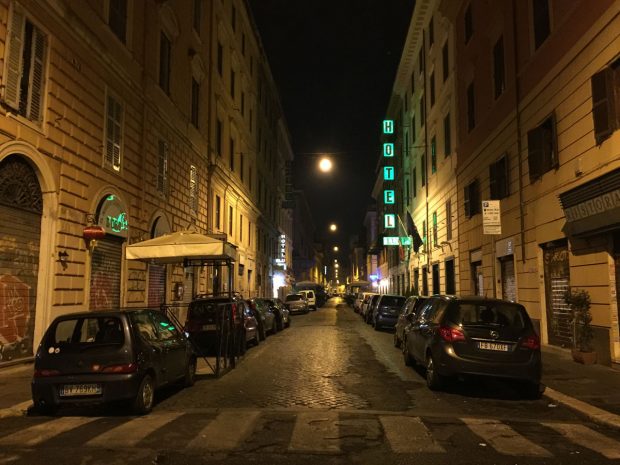 Most European cities have their central train station right in the heart of the city—it’s just a part of urban planning. And, in a lot of those cities, it’s often the dirtiest and grungiest part of town—whether famous for cheap hotels, prostitution, drugs or any number of different vices. And while that leads to plenty of seedy neighborhoods, it often leads to a neighborhood full of diversity—for better or worse. Thankfully, Rome’s surrounding area around the central Termini Station isn’t quite so seedy, nor is it very dirty. In fact, it’s near to some of the city’s most interesting and undiscovered neighborhoods.

Anyone traveling through Italy is bound to find themselves in or near Termini Station at one point. From the train station, it’s easy to catch fast and cheap trains (under 90 minutes!) either north to Florence, or even south to Naples (and Pompeii). It’s also the main connection to Rome’s airports. Termini also has a large shopping mall part of the premises. And like everything else in Rome, there’s a bit of history, too. In the middle of a McDonald’s in the basement, near the metro stop, is the remainder of an ancient Roman wall—in plain sight right next to the ketchup and napkins.

What to do Near Termini Station

While many train stations tend to be located in “dead zones,” that’s just not the case in Rome. Termini is within walking distance to some of Rome’s best historical sights. Just north of the Termini Station is the Santa Maria della Vittoria (Church of our Lady of Victory) where you’ll find Bernini’s Ecstasy of Saint Theresa. It’s an incredible piece of art, the first sculpture depicting an actual orgasm. I remember studying this piece extensively when I was learning about it in art history, but to see it first person—that’s something special. Unfortunately, it’s hidden in a corner of a church where it’s enclosed in darkness…as many orgasms are. But it’s still a piece of art worth seeing. 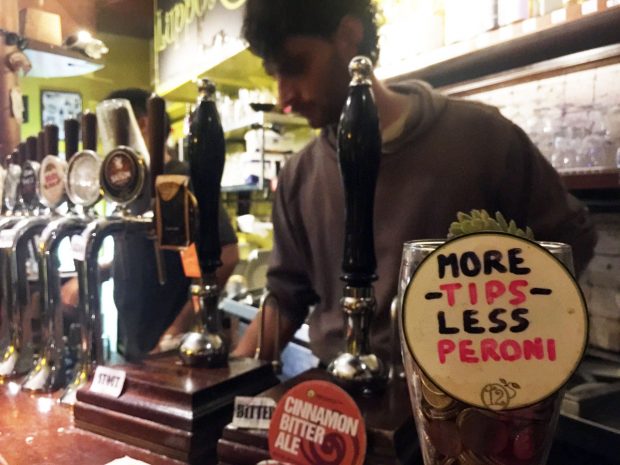 On the opposite side of Termini, however, are some unique and interesting neighborhoods. San Lorenzo is just a short 10-minute walk from the station down via Marsala, near the University La Sapienza (one of Europe’s largest universities). The area is a mix of tourists, international students and local Romans. Restaurants and bars in the San Lorenzo neighborhood are a bit more affordable than in other areas of Rome, but the quality is just as good. Look out for the pizza at Formula One, one of my favorites in Rome. In the evenings, San Lorenzo really comes alive, with people spilling out onto the streets from hidden bars and nightclubs. The Luppolo 12 bar is a cozy place that serves an ever-changing variety of craft beers, a new trend in Rome (and in Italy, in general). The latest bar/club to hit San Lorenzo is Marmo (in English, Marble because it’s located on an old marble gravestone cutting factory site). Hanging lanterns and a large outdoor decking area makes this hidden place a real gem for a top-quality cocktail and snack.

You’ll also find the Said Chocolate shop in San Lorenzo which is the oldest chocolate factory in Rome. The chocolates are so popular, you can find them in London, too!

And just another 5-10-minute walk further from San Lorenzo is one of Rome’s many artistic communities. The Pigneto neighborhood is one of the newest hotspots for Rome locals. Wine bars and restaurants are the main fare here. There’s a speakeasy here called Spirito (think roulette tables and a rooftop bar that you access from a sandwich shop!) plus the Bottiglieria Pigneto is popular with locals. CoHouse is the newest cool hotspot in Pigneto. Inside a converted warehouse, it houses a rotating schedule of chefs and after dinner, it turns into an exclusive cocktail bar. On the weekends, you’ll find your hipster crew brunching all day at Necci.

Where to Stay Near Termini Station

Most of Rome’s best budget hotels are in the area just to the east of Termini Station. From backpacker hostels to 1 and 2-star hotels, the area is an endless array of “hotel” signs. I’ve stayed in at least three different properties and these are my favorites:

This hotel, called lovingly a ho(s)tel by its’ owners, is clearly a labor of love. The hotel is just a 2-minute walk from Termini and even has a small garden and café, making it a perfect place to hang out before catching a train. The Beehive has both private and dormitory-style rooms, plus a handful of luxury-styled rooms. The on-site café serves organic and healthy breakfasts every morning and the staff are more than helpful in finding cool and interesting things to do in Rome. The property is also styled with artwork from local artists and, every month, the hotel opens up and hosts a “storytelling” event—where expats, Romans, tourists and locals share stories around a particular theme. It’s a cool community effort and really makes the place stand out as one of the best in Rome. Dorms from 25€ and private rooms start at just 70€. 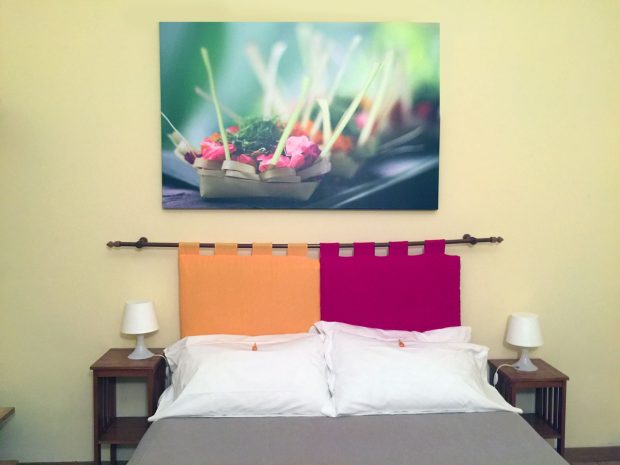 This hostel (also with private rooms) has a popular bar on its ground floor, making it a social place to hang out and meet others. The crowd here is generally pretty young—a lot of backpackers. The Yellow produces their own printed map of Rome with cool tips and recommendations. Dorms from 12€ and private rooms start at 40€.

A long-running hostel set up and owned by a local Italian, Marco, the M&J is a bit of an institution in the area. The bar and club downstairs stays open late and is the starting point for a bar crawl through Rome’s nightlife. Dorms are basic, but decent—you’d stay here for the social atmosphere and the crowds of other young travelers, really. Dorms from 15€ per night.

Obviously there’s a lot more to see and do in Rome. But so many people pass through the Termini area without trying to catch some special moments in the neighborhood. For more Rome travel tips, check out my full Hipster Guide to Rome, Italy. Special thanks to my friend in Rome, Maria, who helped pick out a lot of these tips, as well! Check out her Rome travel blog: HeartRome – My Life and Times in the Eternal City. 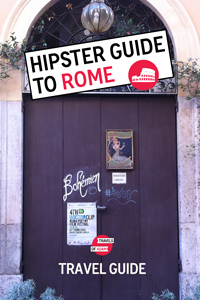