A weekend in Philadelphia's gayborhood

A short city break to the city of Brotherly Love, and I'm in love! Philadelphia surprises me with its fun gayborhood (more gay bars than I could count!) and a quirky and cool arts scene 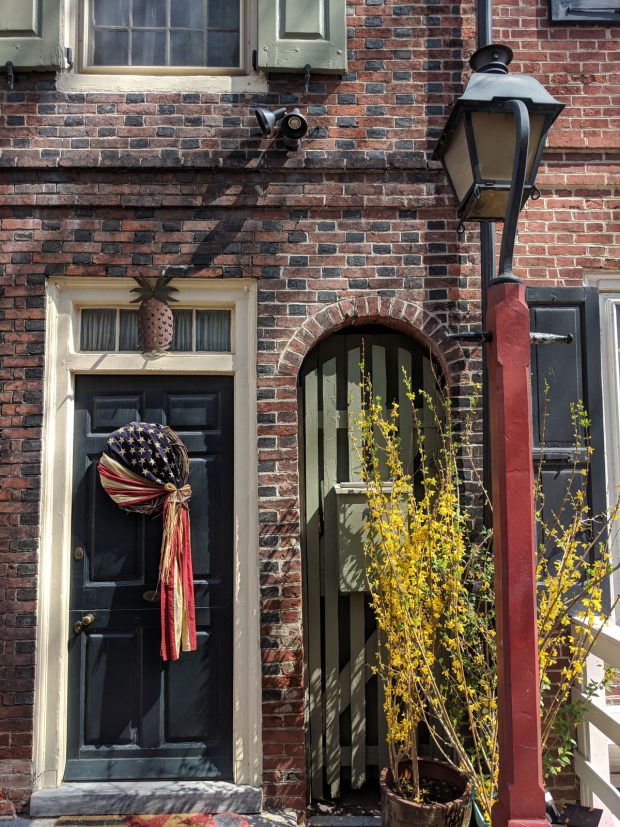 For years my friends have been trying to convince me to visit Philadelphia. So many of my college friends either moved out to Philly at one point, or went there for extended summers to create art and write music. It’s always been that place I knew I needed to visit, but seemed so inconsequential. So when I got a last minute invitation to visit with my friend Freddy, I jumped at the chance.

The city has always had a reputation for being a gay hotspot. Famously, last year their pride organization even released a new version of the pride flag that incorporated black and brown stripes to be more inclusive of other races part of the LGBTQ community. That kind of community spirit and openness is indicative of the kind of community that Philly is really trying to foster. And for one wild weekend in the gayborhood, I finally got a small taste.

Philadelphia, just two hours from NYC on Amtrak, is easily accessible from here, but the city is also home to an international airport (one of American Airlines’ new hubs with flights as far away as Eastern Europe). The “city of brotherly love” seems to embrace love in all its forms and the gayborhood was better than I could’ve ever imagined. 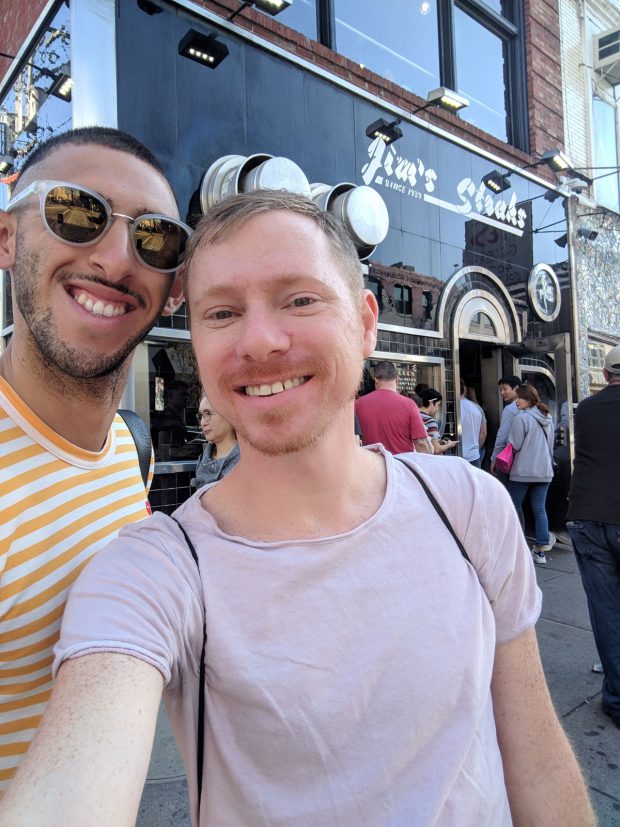 Philly’s population of about 1.5 million is comparable to many cities, but the gayborhood was significantly bigger than I’ve ever seen. I spotted gay and lesbian couples across town, but most of my weekend was spent in about a 5-block radius in and around the gayborhood (with the occasional excursion a little further for art and food because #culture).

Since 2017, the Philadelphia gayborhood has had a rainbow crosswalk and the streets of the neighborhood are all adorned with rainbow-colored street signs. It’s hard to miss.

At the heart of the area is Woody’s —a gay bar that’s expanded to two levels and multiple bars taking up almost an entire chunk of a single city block. Every friend I had who has ever passed through Philly told me to go to Woody’s, so naturally, my weekend started there.

Both my Friday and Saturday nights started at Woody’s. And while the crowd was mixed, it was a good introduction to the Philadelphia gay scene.

And each night as the bars started to shut down at 2am, the crowds (and myself) made our way to Voyeur Nightclub—a three-level dance club, open until just after 3am. A runway and stage sit at the center of the club, complete with disco balls hanging from the ceiling. Drag shows and themed parties make up the club’s calendar, though all I remember are a bunch of cute boys, pop music, vodka tonics, and losing my shirt in a sweaty dance-off.

Daylight in Philly’s gayborhood was a bit more tame, but in the lovely spring weather, there were still plenty of distractions. Located in the center of Philadelphia, the gayborhood is walking distance to a lot of the city’s best tourist attractions, including the Liberty Bell and Independence Hall.

Nearby in South Philly, along South Street, the Magic Gardens were especially trippy. A funky art gallery built out of a house and yard with colorful and eclectic mosaics set along mirrored pathways in a maze. The work, created by Isaiah Zagar, was weird and wonderful, and the perfect escape from reality.

See some photos from my Philly trip below and make sure to follow me on Instagram for more from my travels.

Note: My weekend visit was hosted by the official tourism organization, VisitPhilly.com, but all opinions here are my own. 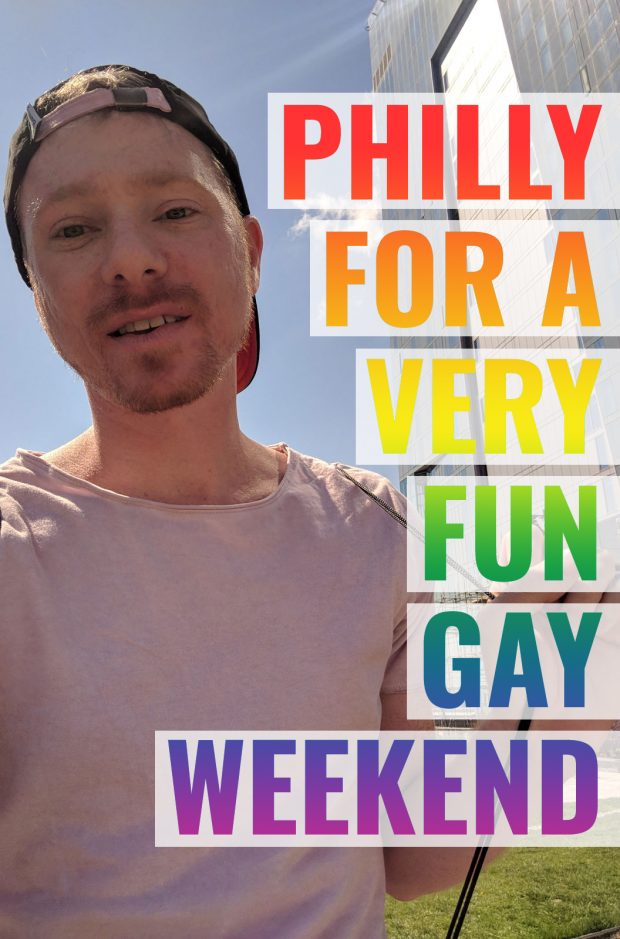