Travel blogs, photos, stories, and features from one of America’s rising cities 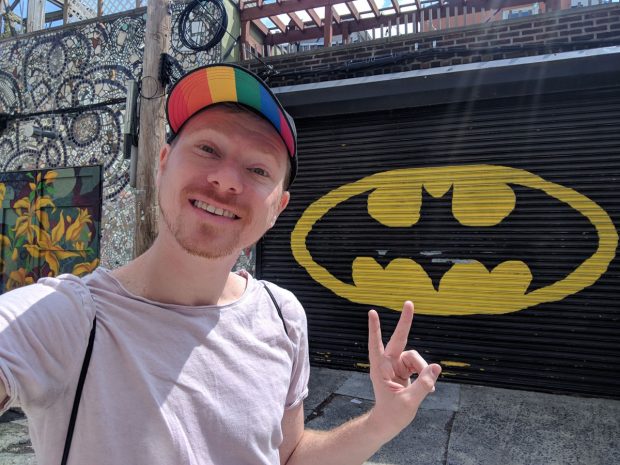 Winters might seem a bit bleak in Philly, but from the spring through the autumn, there are plenty of fun activities. The city’s relatively flat streets make it great for cycling and the many outdoor cafes and restaurants keep a lot of life outdoors during the sunnier seasons. Look out for the food and beverage festivals that fill up the Philly festival calendar—the city is increasingly foodie-friendly and home to a number of expert chefs and creators.

Top Things To Do in Philadelphia

Philadelphia Museum of Art – The front steps of the museum were made famous by Sylvester Stallone’s role in the “Rocky” film series, but don’t miss the artwork inside. The collection dates back to the 19th century and a robust program of events and funding means there are an ever-changing and diverse display of new and contemporary exhibitions as well.

Independence Hall — This is where both the Declaration of Independence and the U.S. Constitution were debated, created and signed and today the area is a part of the U.S. National Parks system. Just across from the Independence Hal museum, the Liberty Bell sits inside a building where historical displays explain its significance as an icon recognized at home and abroad.

Fishtown – Philadelphia’s hipster neighborhood in the north, Fishtown is where you’ll find all the street art and many independent art galleries, thrift shops, and cute cafés. There’s even a great craft distillery, Philadelphia Distilling, where you can sample drinks (everything from vodka to gin, and even an absinth) made on the very same property.

Philly is a great city for walking around, but if you’re on a tight schedule and looking to take in the major historical sights, it might be worth booking a half-day tour. There are many that operate in the city and the tours are useful if you’re just day-tripping.

Philadelphia’s gayborhood, adorned with rainbow street signs (and since 2017, a rainbow crosswalk) is at the heart of the city and there are at least 10 gay bars open just about every night of the week.

For over 30 years, the gay bar Woody’s has stood at the corner of the gayborhood and anchored much of the nightlife with its two dancefloors and large outdoor patio. The bar and club is popular with men, women, gays, and straights—but the mixed atmosphere makes it a fun place to start a night out in the Gayborhood.

Nearby, the cozy U Bar offers an unpretentious, casual hangout—great for dates. And just up the street, Tavern on Camac is a popping gay bar with a piano on the ground floor (expect singalongs!) and an upstairs dance club (be prepared to wait in a queue to get upstairs!). A little further from the Gayborhood, near the Rittenhouse Square, the queer Stir Lounge has a mixed crowd of young gays and lesbians (especially during their happy hour).

After the bars close at 2am, the Voyeur Nightclub is the place to be. A three-level dance club, it’s open until just after 3am. A runway and stage sit at the center of the club, complete with disco balls hanging from the ceiling. Drag shows and themed parties make up the club’s calendar.

Many of Philadelphia’s hotels are located in the city center, walking distance to most of the tourist attractions and things to do. Try using a hotel-aggregator like Booking.com, Agoda.com or Hotels Combined to get good last-minute deals.

Recommended hotel: The Cambria Philadelphia Downtown Hotel is in the heart of the city and offers a luxurious (but affordable!) place to rest. Directly on the busy Broad Street, Cambria only opened in March 2018 but its rooftop bar and restaurant have already become a social hangout. It’s also walking distance to all the gay nightlife in Philadelphia and the in-room suites with min-fridges and sinks make it a great business hotel, too. 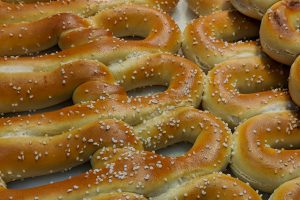 Foods you can’t miss in Philly (besides cheesesteak)

Of course there’s the Philly cheesesteak, but food in Philadelphia is so much more than that! don’t miss these other famous Philly foods for a taste of the local cuisine 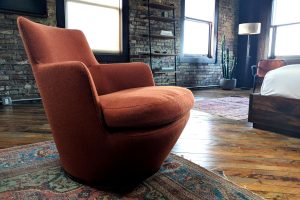 The Wm. Mulherins’ Sons Hotel in Philadelphia is a designer’s dream

When my Uber first pulled up in front of the hotel, I knew I was in the right place. A… 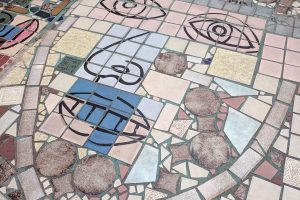 Philadelphia for hipsters – Cool things to do

Discover the coolest things to do and see in Philly— a mini-guide to the most fun and cool things in Philly, from trendy restaurants to the best hipster hotspots 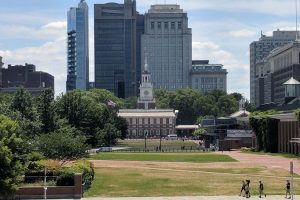 EXCLUSIVE: Win a trip to Philadelphia!

Enter now for your chance to win a Philadelphia weekend trip for two! The prize includes transportation to the city, hotel accommodation, and other perks! 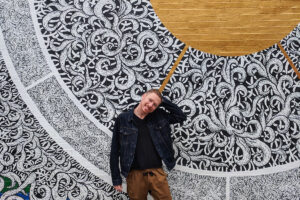 A weekend in Philadelphia’s gayborhood

A short city break to the city of Brotherly Love, and I’m in love! Philadelphia surprises me with its fun gayborhood (more gay bars than I could count!) and a quirky and cool arts scene