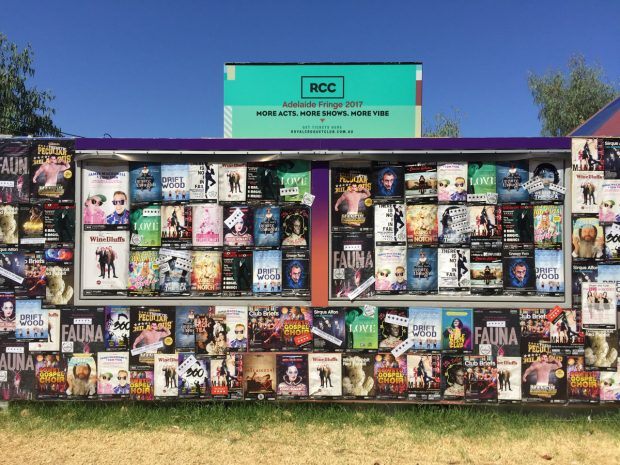 When I landed late at night after 24 hours of airports and airplanes, my body may have been exhausted but my excitement couldn’t contain itself. I was back in Australia after my last visit, nearly 11 years earlier. This time, rather than visiting Australia’s popular and touristic East Coast, I was in South Australia, specifically the regional capital city of Adelaide. 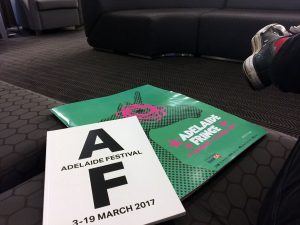 Every March, Adelaide turns into a frenzy of activity, affectionately referred by the locals as Mad March season. Over the course of the month (and a little bit on either end of the month, too), several festivals take place. First, there’s the Adelaide Festival—a celebration of arts and culture when the city’s performance halls put on high quality shows. And like every good-natured cultural festival, there’s a Fringe event, too; the Adelaide Fringe has been running alongside the Festival with hundreds of performances ranging everywhere from cabaret to comedy, acrobatics to art. The city figuratively transforms into a public art space with venues all over the city offering wide-ranging, quirky and bizarre shows by international performers. It’s almost so crazy and colorful that it’s overwhelming! And for one special weekend in March, the WOMADelaide festival takes place—a sort of hippie festival with folksy world music, picnics and a whole lot of dreads.

Check the official SouthAustralia.com tourism portal for a full listing of Adelaide’s festivals and events.

The Mad March festival season has become so synonymous with the city that Adelaide is even referred to as “Festival City” across the continent. 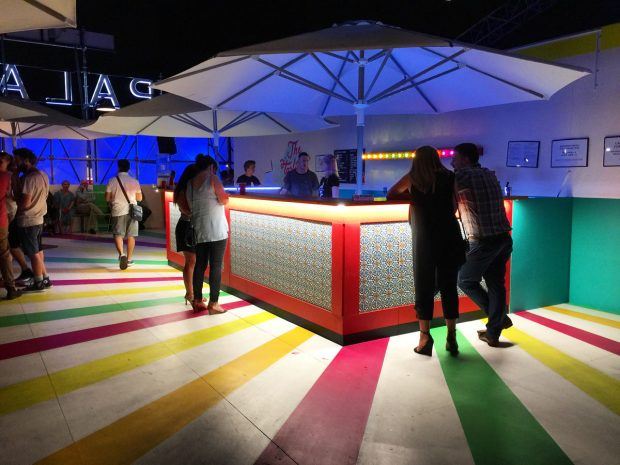 The Adelaide Festival is one of the city’s longest running festivals, turning the city’s end-of summer period into a period of amazing, colorful performances with internationally acclaimed theater companies, musicians, dance performances and other arts events. This year, the Festival re-ignited a structure from Adelaide’s history—a floating palace and ballroom that once sat on the Torrens river. The structure was an integral part of the city’s nightlife in the 1920s before mysteriously sinking (drama! intrigue!), but this year the Adelaide Festival brought it back to life in the form of the Riverbank Palais—again floating on the Torrens riverbank.

I spent a night on the Palais, drinking champagne under the stars while a Mexican rock group, Mexrissey, performed modern versions of Morrissey songs. It was weird, bizarre and magical all at once. Kind of like that Adelaide Mad March festival vibe.

More information about the Adelaide Festival on their official website, AdelaideFestival.com.au, or find some additional travel tips and recommendations here. 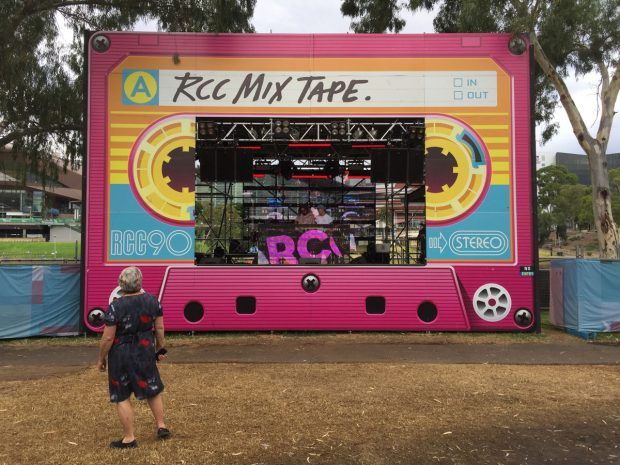 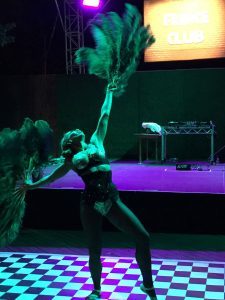 The Fringe Festival, even, is the world’s second largest (after Edinburgh’s Fringe each August). There are three main parts to the Fringe, with three main venues and theater companies supported and sponsored by local, regional and international groups. There’s the Royal Croquet Club, usually putting on a variety of high-end shows. The Garden of Unearthly Delights, the Fringe’s largest venue, covers the full gamut and the Gluttony venue features a lot more of the quirky and offbeat performances. Smaller venues such as Tuxedo Cat are a lot of fun, as well, and put on truly indie, pop-up performances.

Trying to choose a Fringe performance to watch is almost an art in itself. But that’s the joy of any Fringe Festival, really—the opportunity to see something random, something you might not normally watch. Prices are often available at a good value and then there’s just the excitement of seeing something you might have no clue what it’s about. Performance art is a weird type of activity in the best of circumstances, and at the Fringe you’ll find many of the weirdest. During my week in Adelaide, I saw more than a few acrobatic performances, including a group from Montreal, as well as a puppet show where the puppets were the performers’ (male) anatomy. I’ll let you imagine what that one was all about.

More information about the Adelaide Fringe on their official website, AdelaideFringe.com.au, or find some additional travel tips and recommendations here. 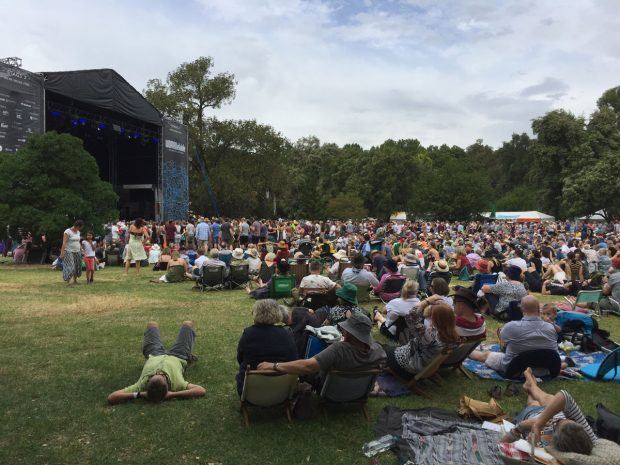 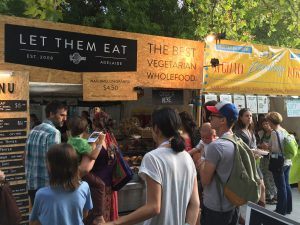 Besides the Fringe, there’s the annual WOMADealaide festival over the long holiday weekend each March. Often the favorite of many locals, the world music festival is a hippie’s dream. People wander the festival grounds without shoes, bringing their own picnic foods and lounging in the sun on blankets and in makeshift tents. The atmosphere at WOMADelaide is a lot like you might describe the Adelaide people: chill, comfortable and kind of hip.

More information about WOMADelaide on their official website, WOMADelaide.com.au, or find some additional travel tips and recommendations here. 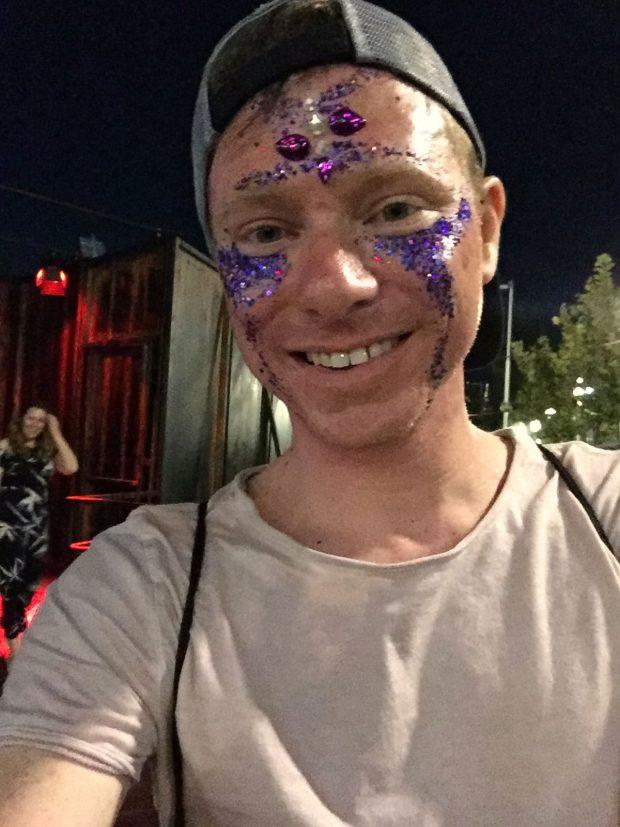 Adelaide isn’t often the top of many Australian travel itineraries, but during the festival season when there are literally non-stop and all-night parties, events and activities, it’s the place to be in Australia. Besides the Fringe and other festivals, Adelaide is a comparably small city situated on the coast with pristine and peaceful beaches (I hardly saw any other people on my frequent visits to the beach over the course of a week.)

Unlike other Australian cities, the city was colonized not by ex-convicts but by European settlers and migrants. A grid system exists in the city, with public parks surrounding Adelaide on all four sides, and then the Adelaide Hills to the west and the coast to the east. It’s these wide public parks where much of Adelaide’s outdoor festivals take place, surrounding the city with live music impossible to ignore. There’s glitter (so much glitter!), party people and a social and friendly vibe that invades the city each March. Adelaide, Australia’s Festival City, really comes alive during this time. The mix of events in South Australia’s capital and the generous amount of activities make it the perfect place to camp out for a week of fun—and more festivals than you can possibly take in!

Look out for more stories from Adelaide here on Travels of Adam. For more travel tips to South Australia, visit the SouthAustralia.com website. 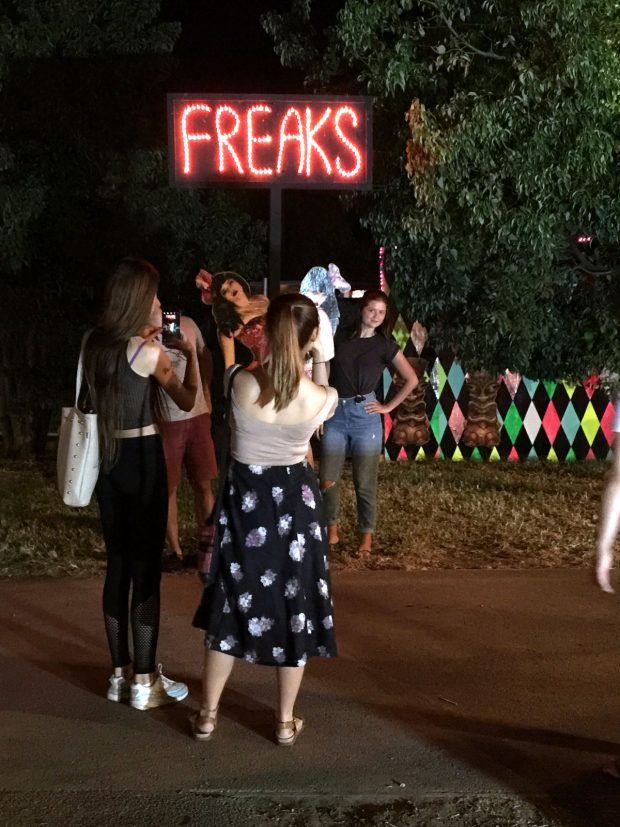