You know how sometimes you’re just in the right place at the right time? Well, while in London earlier this month I had the chance for a sneak-peak visit to the UK’s tallest sculpture—the ArcelorMittal Orbit sculpture tower in the very center of the 2012 Olympic Park. It stands 114.5 meters tall (or 376 feet) and painted a stark (and impressive) red: RAL 3003 / Pantone 704.

Designed by Anish Kapoor and Cecil Balmond, the sculpture is made up of over 2,000 tons of steel (57% of which is recycled). And I have to say, the only time when you really notice that this is a massive steel structure is when you’re underneath it. There’s a cone which helps to balance the structure at the base—providing a surreal moment when you realize directly above your head is a terrifying amount of very heavy metal. Here are two press photos from their official website to give you an idea of this thing, but my iPhone photos from the viewing platform are further below :) 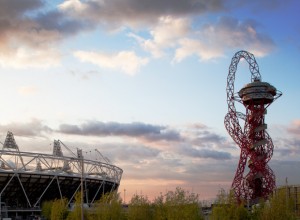 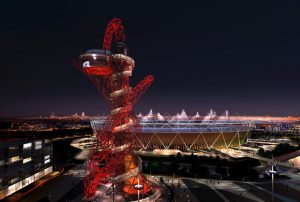 Up at the top

The public viewing platforms up near the top of the ArcelorMittal Orbit were open in the London 2012 Summer Olympics, though it’s since been closed. They’ll reopen in the spring, but I had the chance for a quick sneak peak. The top viewing platform was mostly enclosed with a walkway that wrapped around 3/4 of the outside (all inside a steel-mesh wire thing) providing a more unobstructed view.

The viewing platform, when I visited, was pretty much empty except for two million-pound (£) concave mirror that made me dizzy (not pictured — so you don’t get dizzy). Besides that, it was a nice view over London — especially over the Queen Elizabeth Olympic Park which is currently undergoing massive updates & renovations to turn it into a proper community center. By the time it’s finished, the Olympic swimming pool (where Michael Phelps once swam!) will be open to the public as a community aquatic center, plus green spaces and cycling paths throughout the park. Naturally the ArcelorMittal Orbit Tower (which is really an impressive site in the daylight) provides an awesome view over East London below.

Check out my photos below…I for one can’t wait to see how the old Olympic Park gets transformed over the next year! FYI: Instead of taking the elevator back down to the ground, I opted for the 455 stairs down. It was perfectly manageable if not a bit confusing which direction I was going sometimes. That’s one weird sculpture. 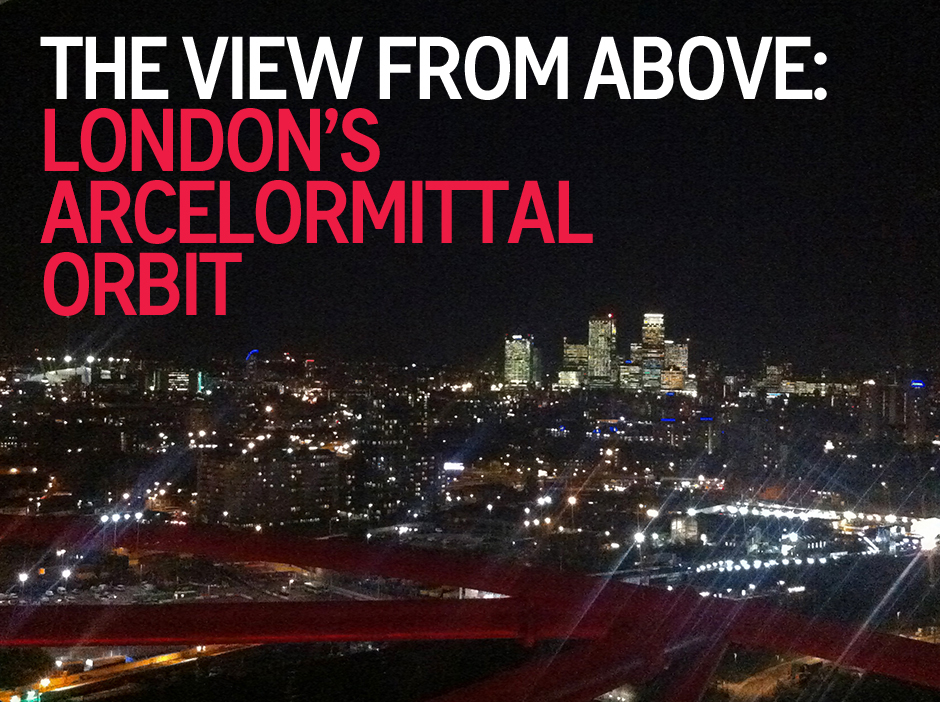 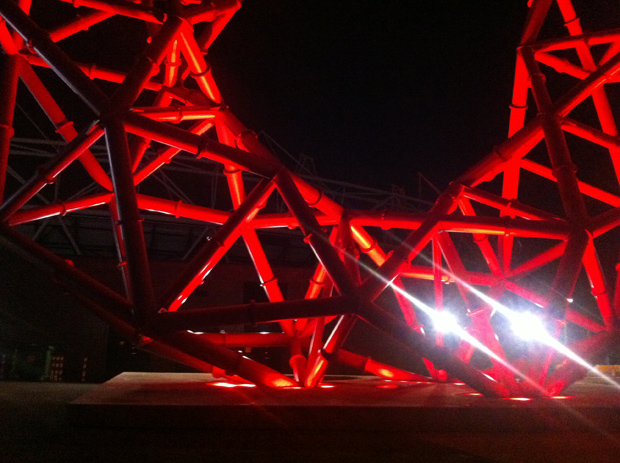 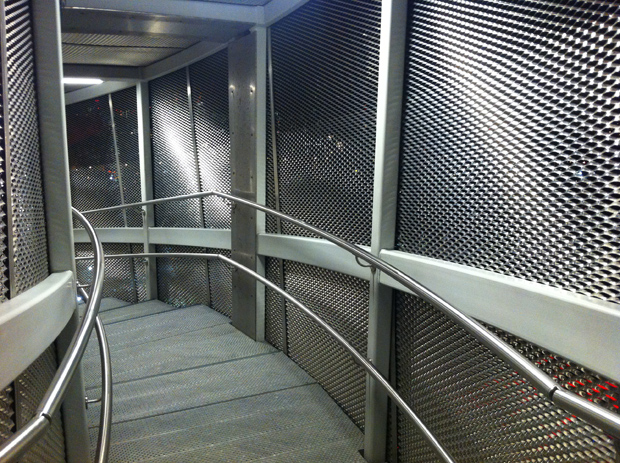 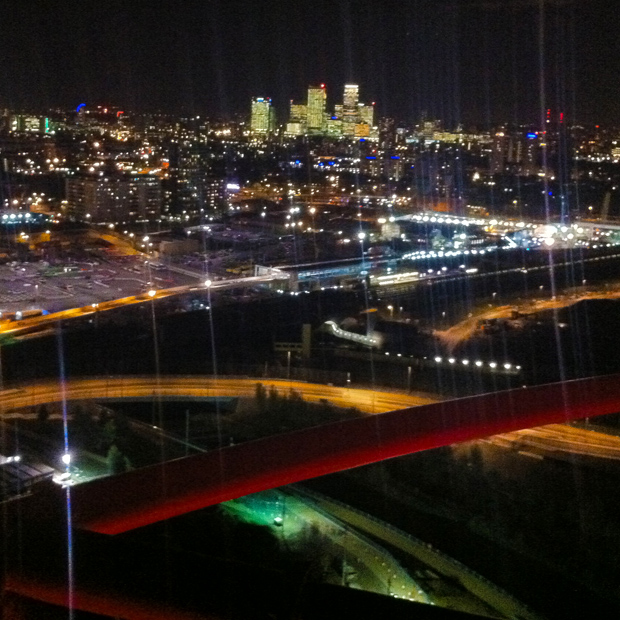 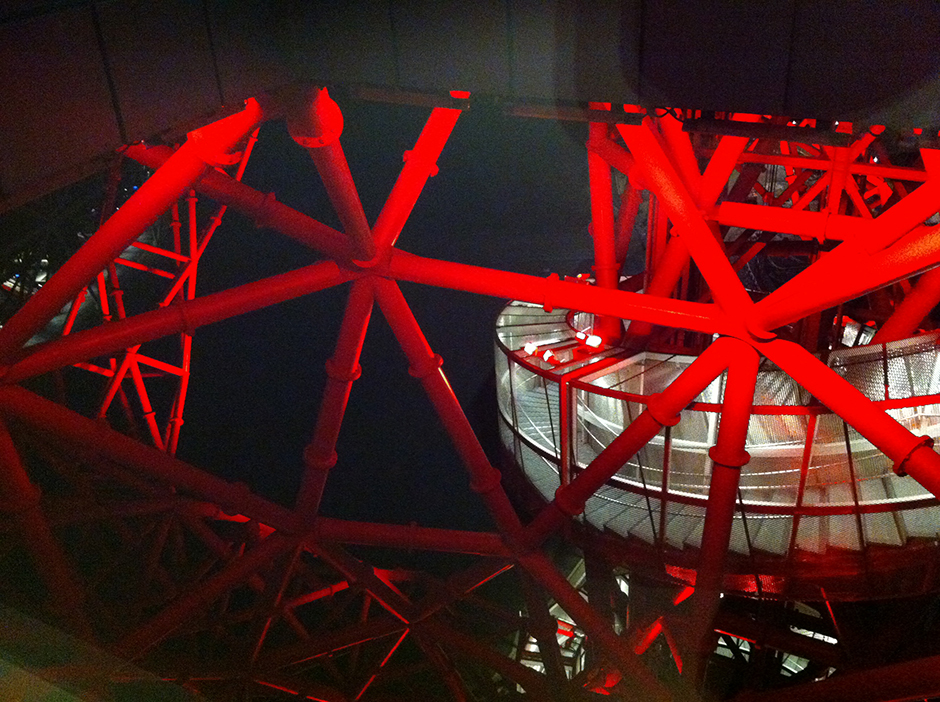 More information about Anish Kapoor’s ArcelorMittal Orbit can be found here, including details on ticket prices when it’s open to the public in 2014.