Travel blogs, photos and features from Asia including China, Taiwan, Korea and Japan 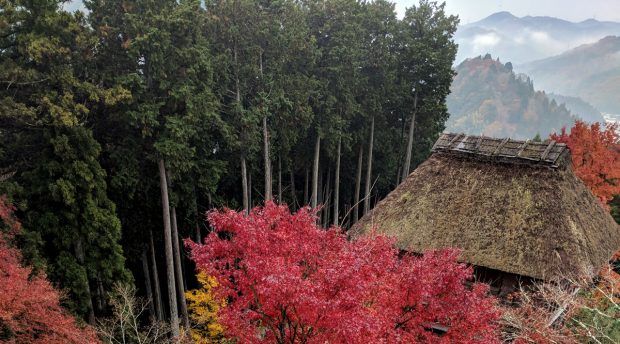 East Asia is a huge and diverse part of the world, with some of the most ancient and richest human cultures to discover. And don’t forget the incredible food! Start here with my basic Asia travel tips, or jump down below to read my latest Asia travel blogs.

The best time to visit East Asia depends largely on where exactly you’re interested in going, as the weather varies a lot from region to region. Taiwan and south-eastern China experience a monsoon season roughly from October to March when it can be very wet, but at other times of the year, it is quite dry and hot. In northern China, Korea and Japan, winters can be bitterly cold and snow is common, but summers get hot and very humid.

The entire region celebrates Chinese New Year in one way or another, and this is often the busiest time to travel as locals very often travel to see their families at this time as it’s one of the most important festivals in the region. It moves according to the lunar calendar, but is usually at the end of January or beginning of February and can last up to two weeks, depending on the country.

Planning a dream trip to Asia? There are so many ways to plan a trip, but the first step is choosing a starting point and an ending point—usually dictated by your flights. Once you know your starting city and final destination, you can connect the dots pretty easily. Here are three suggested two-week itineraries for China, Taiwan, Korea and Japan.

Hong Kong – Macau – Taipei – Tainan – Shanghai – Suzhou – Starting in Kong Kong (where you don’t need a Chinese visa), spend a good portion of time eating all of the dim sum, taking in the sights and soaking up the buzz of this incredible metropolis. Take a day trip by ferry to nearby Macau for its colonial splendor before hopping on a short flight to Taiwan. Pick one or two cities on the island to split your time between, though I recommend the capital, Taipei for its great art museums, fantastic food and modern vibe, and the smaller southern city of Tainan for its history and access to nearby nature. Finally, fly up to Shanghai, the biggest city in mainland China and spend several days exploring this fascinating city before escaping to nearby Suzhou, the ‘Venice of the East’.

Seoul – Busan – Fukuoka – Hiroshima – Kyoto – Tokyo – Begin in the South Korean capital by indulging in typical Korean food and partying till sunrise, then head south to Busan, and enjoy the relaxed vibe of this historic port city. Take a ferry across the Sea of Japan to Fukuoka and spend some time soaking in the nearby hot springs and exploring the local temples before taking a bullet train to Hiroshima to learn about the horrors of war. Continue east to Kyoto for a taste of ancient Japanese life, nights out with geishas and the wonderfully Buddhist vegetarian food before finishing up in Tokyo with its flashing lights and quirky attractions.

Guangzhou – Guilin – Chengdu – Xi’an – Beijing – You can easily spend a lot longer than two weeks traveling around mainland China, but this route will give you a taste of the highlights this immense country has to offer. Eat your way through the southern cuisine in Guangzhou before heading to Guilin for some outdoor activities in the nearby countryside. Turn north to Chengdu to visit the famous panda sanctuaries and see what makes this China’s most liveable city, then continue on to Xi’an for its fascinating history, and most importantly the Terracotta Warriors. In Beijing, spend a good chunk of time eating again, but also make sure to fit in many of the city’s excellent museums and of course take a day trip to visit the Great Wall.

With such a long and fascinating history, so many different kinds of landscapes, cultures and cuisines to explore, taking a tour in Asia can save you a lot of time and get you to places and give you experiences you might otherwise miss out on in this incredible region of the world. Take a look at this selection of Asia tours.

The East Asian countries vary quite a lot in terms of how gay-friendly they are, though none are overtly hostile to queer visitors. In big cities it’s usually possibly to find at least one gay bar, though depending on the country, it may be more of an underground operation. Here are some things to keep in mind about visiting gay Asia.

Taiwan is gay-friendly – Probably the most progressive country in the region for LGBT rights, Taiwan has the most legal protections for queer people in Asia and will soon be the first country in the continent to have marriage equality. Taipei has multiple gay bars, clubs and parties and hosts one of the most popular annual pride events in Asia.

China may be going backwards – Unfortunately, China, arguably the most influential country in Asia (and possibly the world?) is becoming more conservative in regards to protections for LGBT people, and this may affect how queer visitors to the country are seen. According to the Chinese government, queer people simply do not exist, so being openly gay can be seen as an act of political rebellion. Discretion is advised.

There really is every kind of accommodation you can imagine available in Asia, but it’s often a good idea to book in advance especially in the big cities. I’ve found that using Booking.com, Agoda.com or Hotels Combined can be really useful for finding last-minute deals.

One Step Forward, Too Many Steps Backward: Asia Struggles with Equality

With one bright exception in East Asia, the region isn’t embracing LGBTQ rights or equality

Read More about One Step Forward, Too Many Steps Backward: Asia Struggles with Equality

Highlights and photos from autumn in Japan – beautiful Japanese maple trees and even winter cherry blossoms. Autumn in Japan is a cacophony of colors.