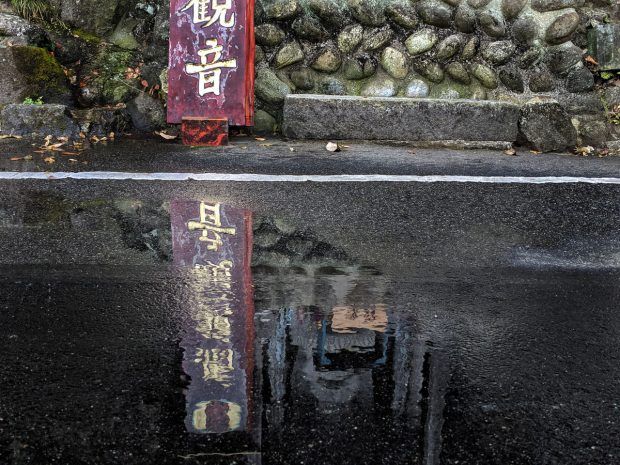 The Land of the Rising Sun has so much to offer! With the juxtaposition of ancient and super modern, weird fashion, quirky cafés, amazing food and gorgeous landscapes all packed into this series of almost 7,000 islands, Japan is not to be missed. Start here with my basic Japan travel tips, or jump down below to read my latest Japan travel blogs.

Though it’s a relatively small country, the weather varies a lot throughout Japan and also depends a lot if you’re in the mountains or coastal areas. Generally speaking, though, spring is a great time to visit most of Japan, as the weather is pleasant in most of the country, and you can also follow the popular cherry blossom season. Fall can be similarly gorgeous.

There are three big national holidays to be aware of when planning a trip to Japan: Lunar New Year (in late January or early February), Golden Week (in late April and early May) and Obon (in mid August). At all of these times, transportation can get very busy and planning anything last minute can be tricky, so you might be better avoiding them entirely.

Most Japanese Things to Do

Travel on a Shinkansen – By far the best way to get around Japan is by train. With an extensive, clean, efficient and always punctual system that reaches pretty much every part of the country spread over four main islands (and many more smaller ones), Japan’s train system is one of the best in the world, but by far the highlight of any Japanese train experience is speeding through the countryside at 200 mph (320 km/h).

Bathe in an Onsen – This uniquely Japanese phenomenon of nude bathing in outdoor pools of geothermally heated water is something not to miss! Though Japanese culture might seem a bit prudish when it comes to the human body, no one seems to shy away from the fact that bathing in an onsen is usually not separate for men and women, and is often something that colleagues do together to build team culture in the work place!

Visit a themed café – Mainly concentrated in the capital, Tokyo, but found all over the country, Japan has a bit of an obsession with themed cafés. There are tons where you can hang out with animals: cats are the obvious choice, but there are also ones populated by owls and reptiles. Then there are maid cafés, where you’re served by waitresses dressed in the Japanese take on the classic French maid outfit while addressing you as master. Cuddle cafés are also a thing, as well as robot cafés and ninja cafés, so take your pick!

Get off the beaten path – Japan is more than just the big city lights and skyscrapers of Tokyo. The country is also home to a number of different natural wonders, from the iconic cherry blossom trees to the Yaeyama Islands, from Mt. Fuji to the Nakasendo Trail in Gifu Prefecture. The natural wonders of Japan are as equally impressive as the technological advancements and wonders.

Japan might just be the perfect place to take a tour, even if you’re someone who usually shies away from organized tourism. Given the language barrier and occasional incomprehensibleness of Japanese culture if it’s your first visit, having a guide can be really valuable, and you’ll certainly learn more than you would be able to walking around on your own, so it’s definitely worth considering one. Take a look at this selection of recommended Japan tours.

By Asian standards, equality for LGBT people in Japan is quite good, and the attitude towards homosexuality is generally accepted in Japanese culture due to the Buddhist influence on modern life. But at the same time, things are still different (and sometimes difficult) for LGBT people living in Japan compared to most of Western Europe or North America.

That said, it’s still an easy place to visit for gay travelers, and there are a few hotspots and events worth mentioning. These are two of the best things you should know about visiting gay Japan.

Tokyo Rainbow Pride – This annual event taking place in May in Japan’s capital is the largest gay pride event in the country. It’s a very extravagant and colorful event, with hundreds of floats and many participants in some serious costumes worth seeing.

Kansai Queer Film Festival – Taking place in several differnent venues across Osaka and Kyoto, this film festival features pieces from around Japan and beyond that focus on queer, feminist and sex-positive themes. It usually takes place in late September and early October, but is subject to change.

Japan has plenty of cool and quirky hotels, as well as all the big chains you’d expect. There are also tons of super cute and traditional ryokans, or inns, where you can have a true Japanese overnight experience, sleeping on a futon in a minimalistic room. Typical Japanese breakfast is almost always included in these. I’ve found that using Booking.com, Agoda.com or Hotels Combined can be really useful for finding last-minute deals.

Highlights and photos from autumn in Japan – beautiful Japanese maple trees and even winter cherry blossoms. Autumn in Japan is a cacophony of colors.