This weekend was Berlin’s 36th annual CSD (Christopher Street Day) pride parade. If you’re looking for a great time to visit Berlin, this is it. Everyone comes out for the gay pride march and reports this year said there were nearly 500,000 participants at the CSD. But Berlin doesn’t just settle with that — there are alternative pride marches, a Dyke march and political events, demonstrations (manifestations) and marches that happen throughout the CSD pride week. It all starts with the annual street festival as well — which is a really fun event and a much more laid-back atmosphere than the always crowded CSD pride parade.

CSD this year (also referred to as Stonewall Berlin) hit Berlin on a cloudy & almost-rainy day, but that didn’t stop the crowds from turning up. And in good spirits, no less! I spent my day wandering in and out of the parade, plus enjoying the party afterward in Tiergarten — that’s where the real fun happens. But I also couldn’t take my eyes off all the happy, smiling people throughout the city. Maybe it was the fact that the rain held off throughout the day, keeping everyone surprisingly upbeat. Or maybe it was the fact that Germany was playing in the World Cup later that night. But all of Berlin seemed to be full of happy, smiling faces. I just love days like that. 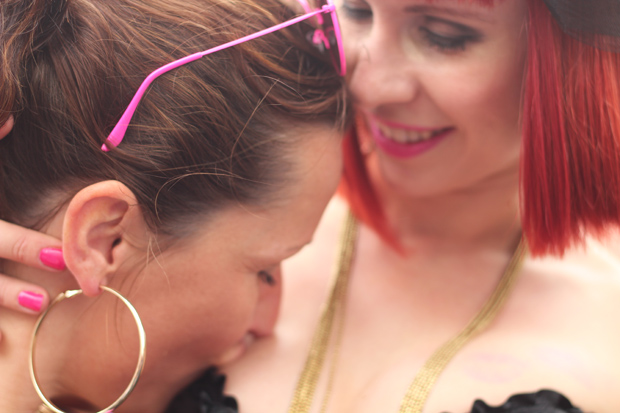 There were a lot of funny moments at Berlin’s gay pride this year. It seems when the weather still isn’t 100% sunny, Berliners make do just fine… 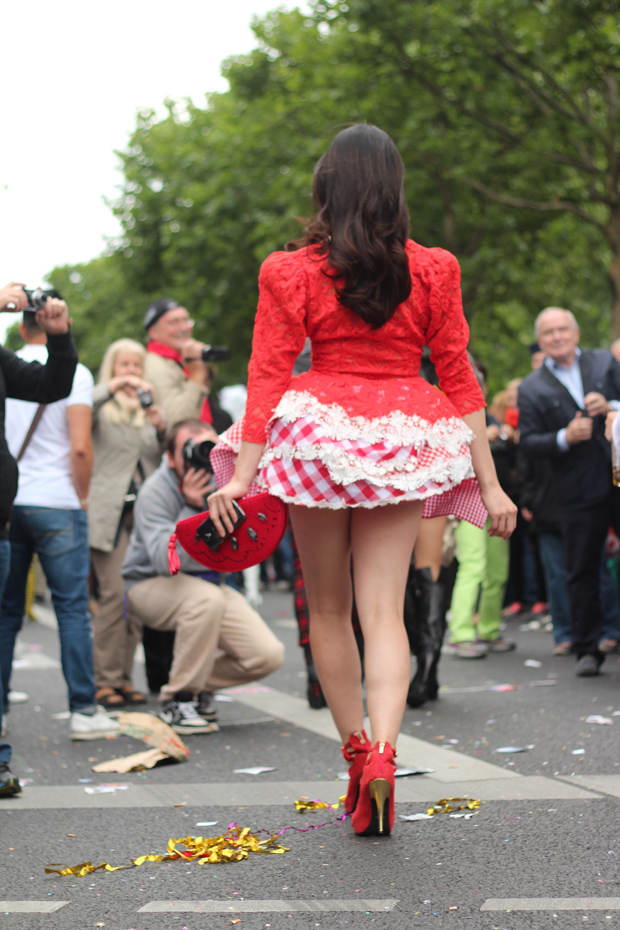 This woman knew what was up. She walked confidently down the center of the street and would’ve run me over if I hadn’t gotten out of the way! 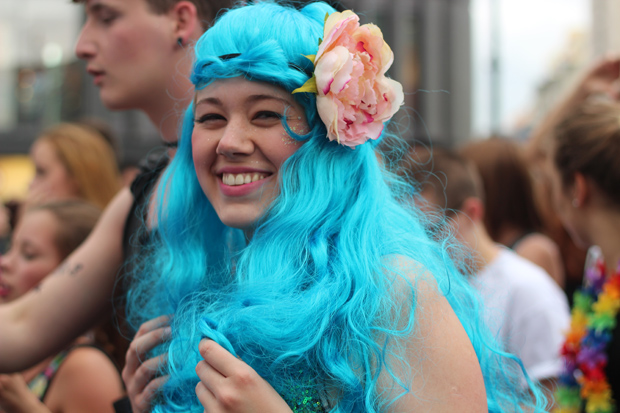 Check out this woman’s smile! 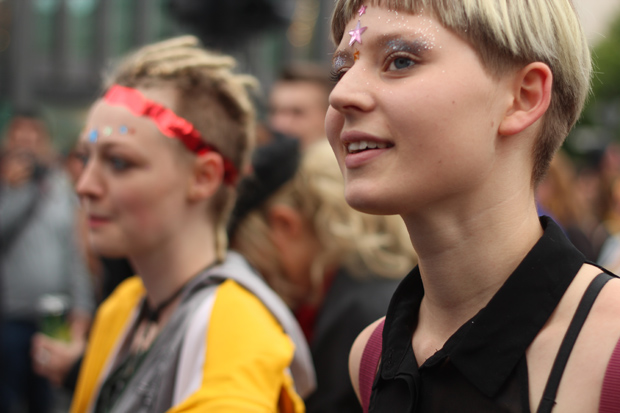 I really love this photo I snapped as a crowd walked past. The weather wasn’t fantastic, but people managed to still have fun. 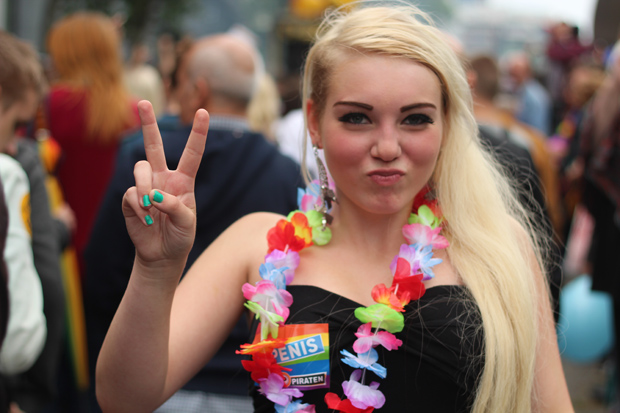 This woman was so cheery during the pride march, it was impossible not to smile. She made sure people watching the parade were dancing, laughing and smiling the entire way. 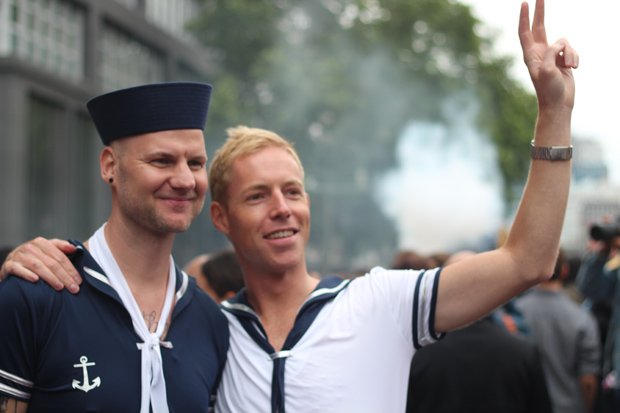 There were way too many types of costumes during the Berlin CSD – impossible to say what I saw the most of, but there were a fair few sailors.. 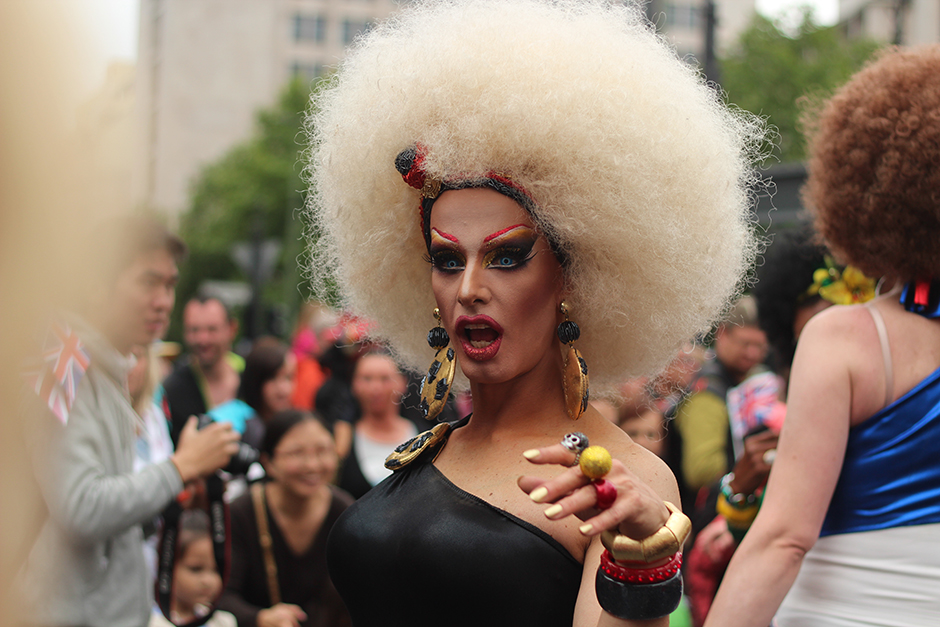 Your chance to win a gay pride prize pack!

Over on My Gay Travel Guide, we’re currently giving away a gay pride prize pack, including some new underwear from aussieBum. Check out the details here or enter below for your chance to win!

Oh, and if you’re looking for a fun blog about being gay in Berlin, you have to read this Tumblr! I spent an hour reading all the old posts as soon as I discovered it…