Earlier this month Berlin celebrated 25 years since the fall of the Berlin Wall. The whole city seemed to come alive and in the days leading up to the exact anniversary, November 9th, there was more and more buzz about the Silver Jubilee. Even a city as tough and stoic as Berlin seemed to shed its skin in the lead-up to the event. 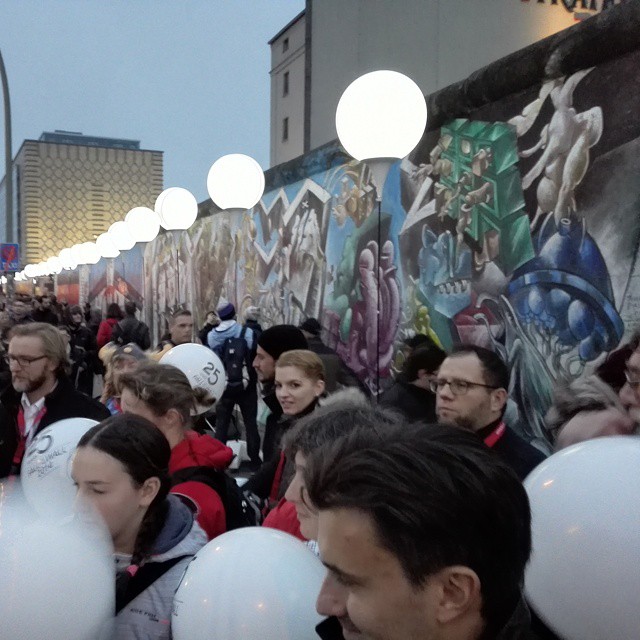 Then there was the art project—typical of Berlin today. Over 8,000 balloons were set up along 15km of the former Berlin Wall path. They popped up in the middle of the street, crossing sidewalks, and through the city’s countless parks on November 7th. When the balloons weren’t yet filled with helium, they looked a little wimpy, but on that first night, with the balloons lit and the sky dark, there was a bit of excitement in the air. I took my bike out and rode along parts of the path, passing through Brandenburg Gate and Checkpoint Charlie. In Berlin I regularly walk past these landmarks and every time I cross the path of the former Wall, I’m reminded of what this city once was and what it is today. There’s something surreal about walking in a place which once was forbidden. And then when you think back that it was only 25 years ago, it makes you wonder: what is this world?

In my humble opinion, a world where walls are built isn’t a good one. But a world where walls can come down — that’s where I want to be. Since the fall of the Berlin Wall, I’d argue this city has come to embody a sense of hope. That’s what the fall of the Wall symbolized back in November 1989. And I think that same feeling is in the air still today in Berlin. This is an exciting, fascinating, important city. One that, despite its many flaws, still has a strange hold over the world. There’s a reason why Germany was recently named one of the world’s favorite countries. And that’s because exciting things are happening here.

Being in Berlin for the 25th anniversary of the Mauerfall did actually feel special. From my weekend of tracing the Berlin Wall earlier this summer, to the many conversations I had with my Berliner friends as November approached, it’s just felt like an extra special year to be in Berlin. I was lucky enough to be invited by airberlin to participate as one of the balloon sponsors for the special “25 Jahre Mauerfall” event. 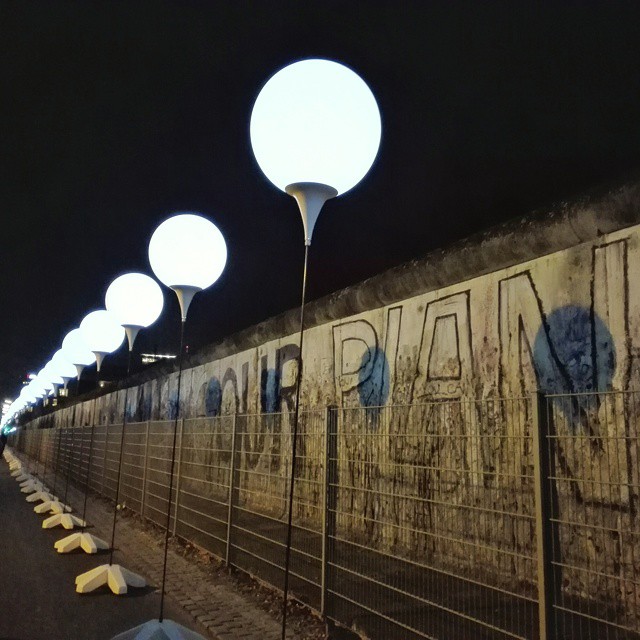 And while my balloon was actually a failure (it floated down not up, hit some woman in the face and then was snatched almost immediately by a bystander who ran away with it), I was still glad to be a part of the anniversary event. This year has been an important one for me, as much for Berlin. With my renewed residency visa, a new apartment and much more security and stability in my day-to-day Berlin life, this city finally feels like the home I’ve always wanted. I’ve read a lot of other expat blogs over the past three years, and it does seem to me that the 3-year mark for living abroad is a tumultuous one. But Berlin has pulled through and I’ve never felt more at home in the city that I love.

Watch my balloon float down, not up – oops! 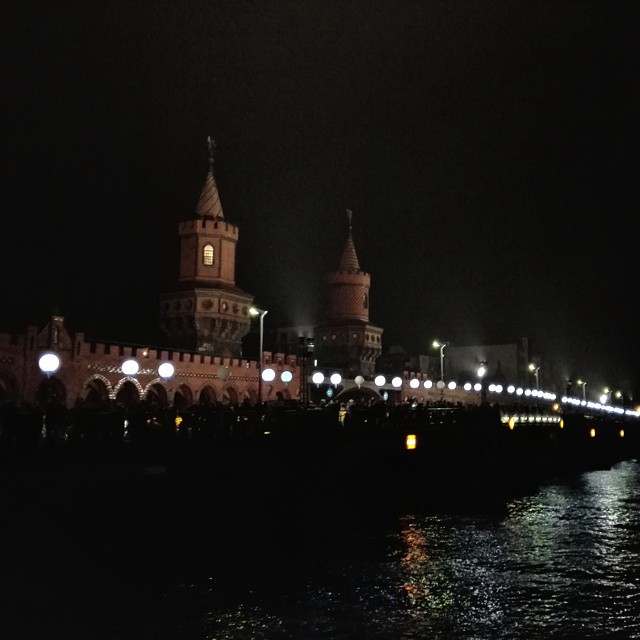 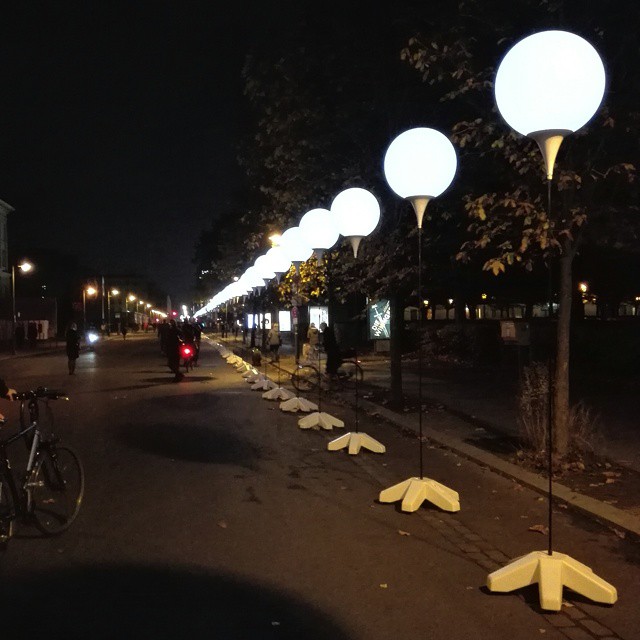