The best part of a Berlin winter is undoubtedly the Christmas markets (Weihnachtsmärkte). Christmas markets are a bit of a December tradition in Europe, having originated in Germany in the 13th/14th centuries. Many cities in Germany are famous for their Christmas markets—Dresden for Germany’s oldest, Munich for the most gay one, Nuremberg for the largest. Berlin isn’t particularly popular for its Christmas markets, but that doesn’t mean they’re worth seeing.

At first glance, German Christmas markets all look pretty much the same: Christmas ambiance, wintery festival foods and hot, alcoholic drinks. But some really are more interesting. Last winter I visited some small town markets across Germany (Lübeck and Schmalkalden) and the atmosphere in those cities was just so much more…Christmasy. Regardless, Berlin has some pretty good options when it comes to Christmas markets. And while the food and drinks may be similar to what you’d find anywhere else, these markets still find a way to stand out from the crowd. 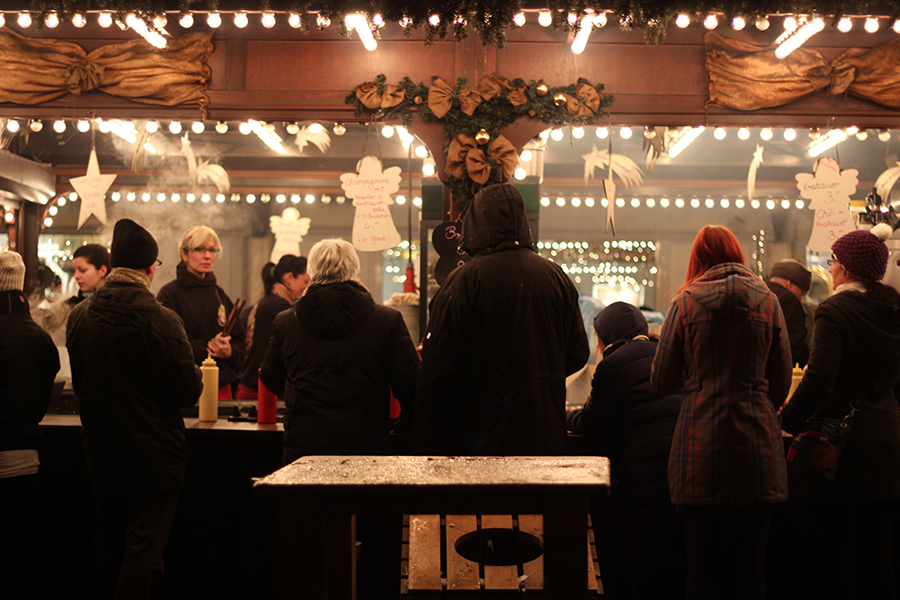 Berlin’s most popular Christmas market is at Gendarmenmarkt. It’s a beautiful square in central Berlin framed by two majestic churches: one French and the other German. In the center of the square is a statue of the 18th century poet Friedrich Schiller. The Gendarmenmarkt Christmas market costs 1€ to enter, but with live choir performances and plenty of glühwein (mulled wine), it’s a great place to spend a Christmas-y evening. I’ve visited the market the past two winters and enjoyed it both times. There’s also a stall selling Feuerzangenbowle—it’s glühwein but with a twist: you pour some extra rum into the drink and light a sugar cube on fire.

The crafts and stalls at Gendarmenmarkt are fairly touristic: calendars, ornaments, wooden board games, CDs and paper lights. Food is okay but nothing special. So why do I like Berlin’s most touristic Christmas market? Simply put: it’s beautiful. Gendarmenmarkt is a beautiful square in the daytime, let alone on a wintery December night. 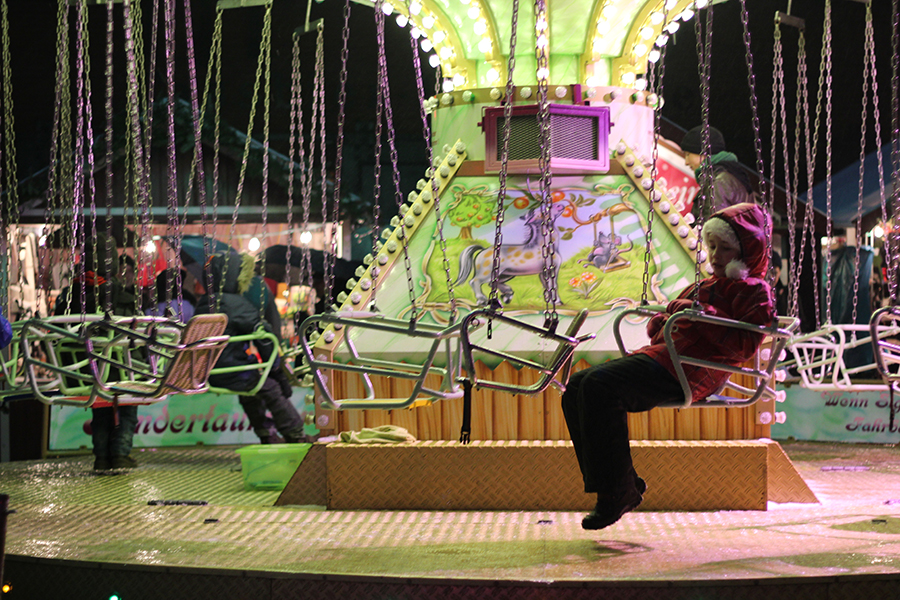 Berlin’s Kulturbrauerei in Prenzlauer Berg is home to another popular Christmas market: the Lucia Christmas Market. Located on the grounds of a former brewery, the Lucia Christmas market is the “Nordic”-themed market in Berlin. You’ll find stalls selling glühwein variations from other northern European countries: Swedish glögg, Finnish glögi, etc. The only difference I noticed were chunks of what seemed to have been peanuts in the bottom of my glögg. Still good, though. And the extra sustenance was helpful on cold, wet nights.

I didn’t try any foods at the Kulturbrauerei market but instead focused on the glühwein variations. Don’t forget you can also order hot toddys or egg nog (Eierlikoer). The Kulturbrauerei is one of my favorite markets to meet friends at—it’s not too big, it’s got some unique drinking choices and it’s still quite scenic. Plus they’ve got a little bit of that carnival thing going for them with carousels, merry-go-rounds, and other out-of-place festival attractions. 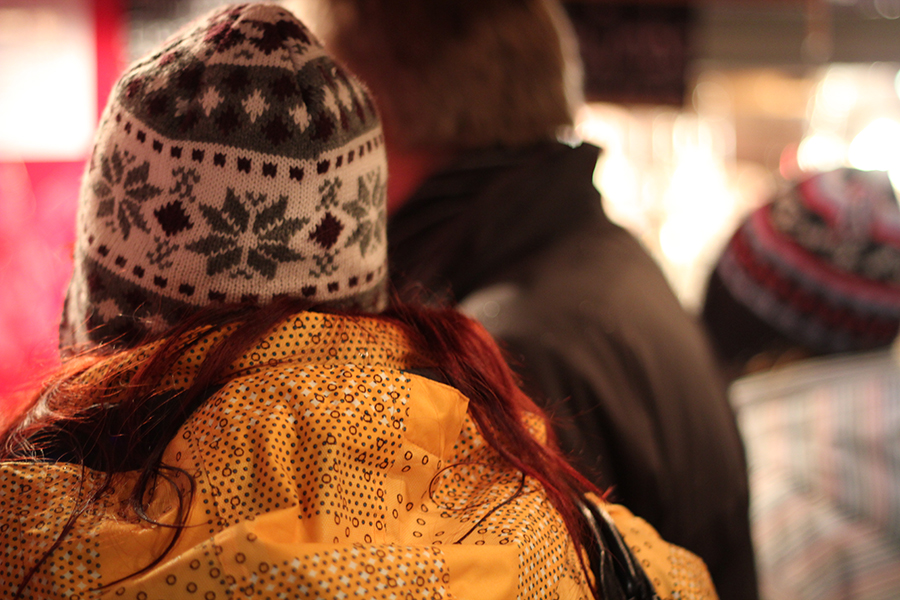 The Rixdorf Christmas market in Berlin is only open for a single weekend each December. Most stalls are manned by non-profits, NGOs and charity/church groups. Located in Neukölln, Rixdorf is surprisingly one of the most scenic markets in Berlin. There’s a single central stage with performances, but also a blacksmith shop that puts on demonstrations of iron-work. Here’s a hint: if you’re looking for somewhere warm, best to go inside the blacksmith shop :) 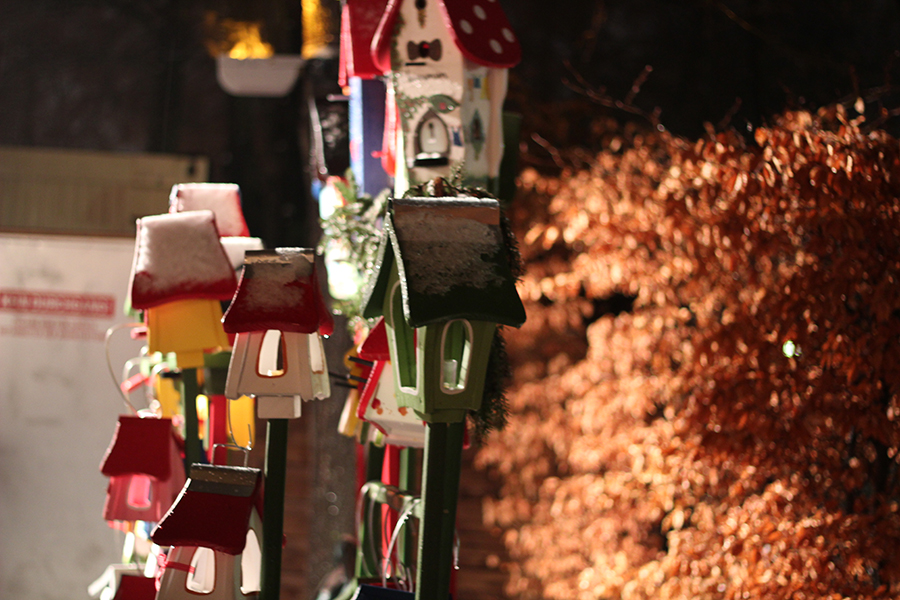 Probably my most favorite Christmas market in Berlin: the one in front of Schloss Charlottenburg. It’s big, scenic and not so far that it’s a hassle, but far enough from lazier tourists. With large indoor (inside tents, really) restaurants, the food is decent at the Charlottenburg Christmas market and the atmosphere is hard to beat. Crafts and shopping is some of the best here, too—usually a tiny bit more unique than the mass-produced goodies you’ll find at other Christmas markets. 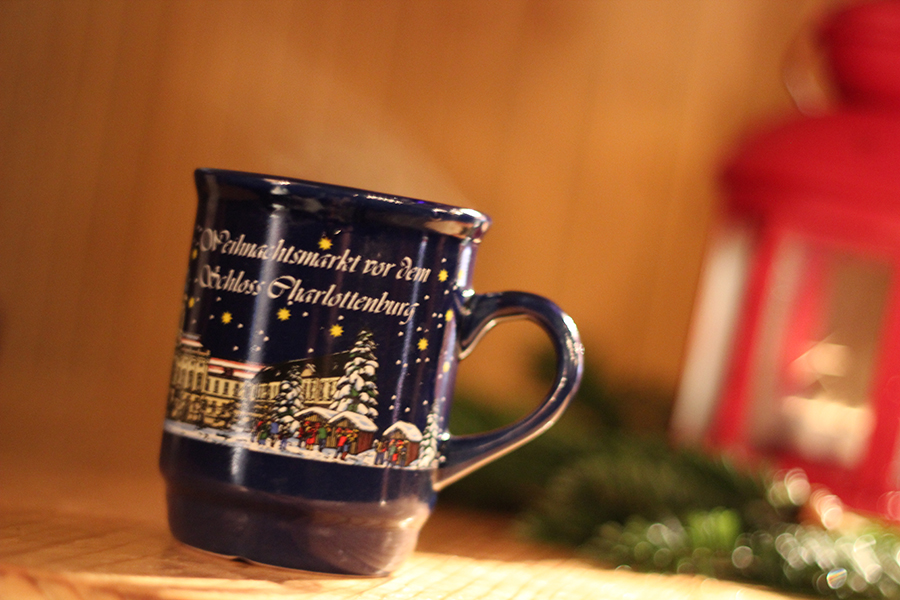 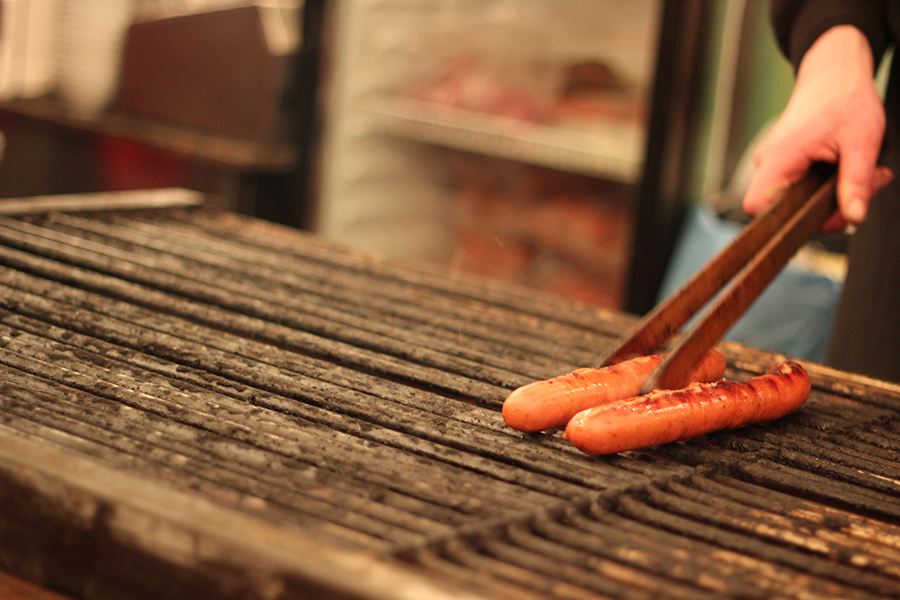 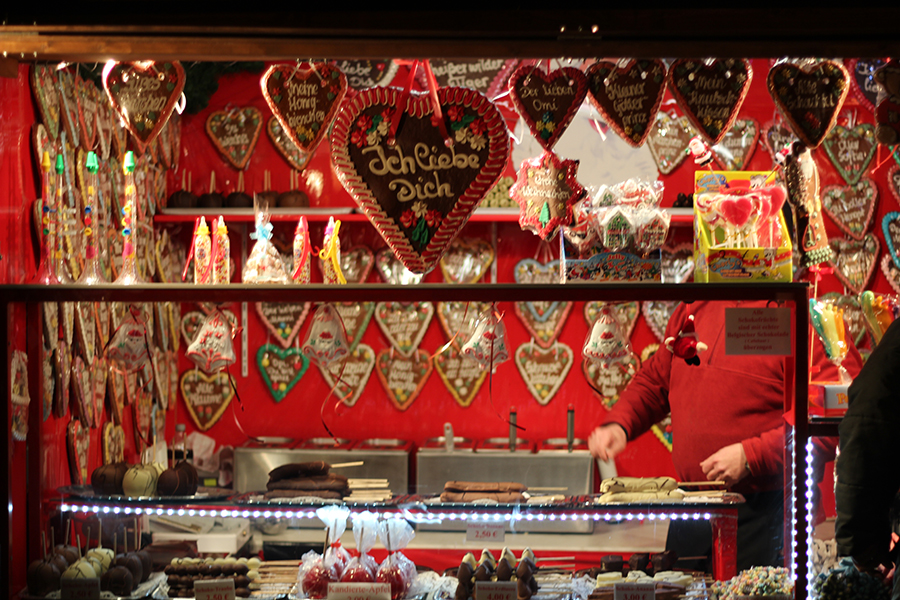 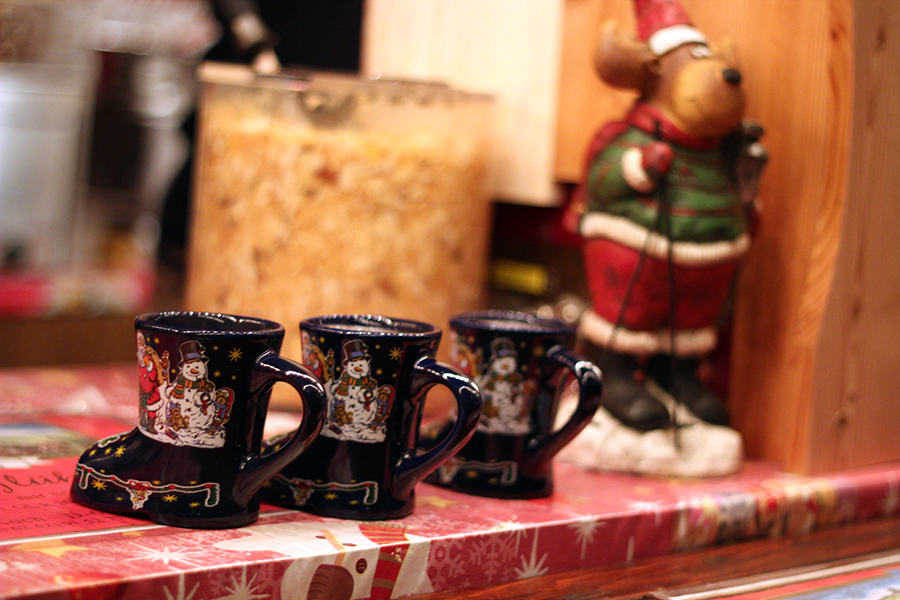