Travel tips, features, blogs and photos from Brussels, the capital of Belgium 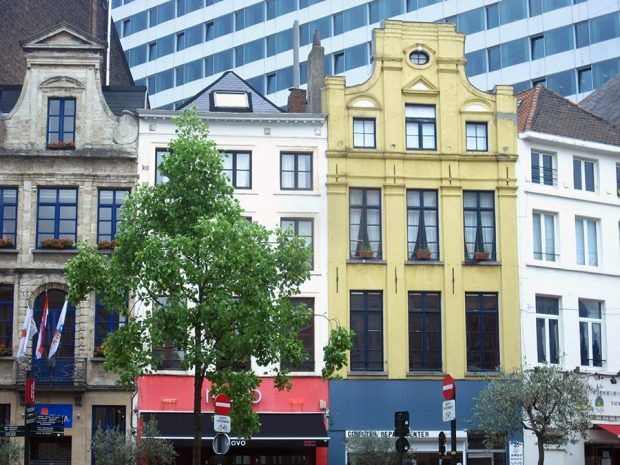 The Belgian capital is famous for many things: being the headquarters of the European Union, beer, fries, and a strange peeing statue, but it’s often overlooked for being as cool as it is. Start here with my basic Brussels travel tips, or jump down below to read my latest Brussels travel blogs.

Summer months such as July and August are peak tourist season all over Belgium, but that’s also when you’ll find a number of great art, culture and music festivals taking place all over Brussels. In winter before the end of the year, the streets come alive with the myriad Christmas markets, and though it can be cold, the atmosphere is magical!

Basically, visit Brussels at any time of year and you’ll be able to find something cool happening, just don’t forget to pack a sweater, even potentially in the summer!

Visit the Horta Museum – Dedicated to the work of Art Nouveau architect, Victor Horta, this museum is housed in his former home and UNESCO site built in the late 19th century. It gives a fascinating look at the movement not only as contributed to by Horta himself, but many of his contemporaries.

Drink beer – Really, is there something that Belgium isn’t known for more than beer? Maybe frites, but we’ll stick with the drinking. There are hundreds of beer bars in Brussels, but if you wan’t to do something a bit more off-beat, consider a beer tasting at Spirit of Wallonia.

Browse the flea markets – They may mostly be full of junk, but if you’re shopping for 1920s kitchen cutlery, you won’t find a better place to look in Brussels! The daily market at the Place de Jeu du Balle is highly recommended in this case as it’s bizarre but fun for a good stroll!

Although it’s a relatively small city, taking a tour around Brussels will save you time and get you in to some areas of the city you might otherwise overlook, so it’s definitely worth you time to consider one. Take a look at this selection of Brussels tours.

As the second country in the world to introduce marriage equality, Belgium is a very accepting and easy place for LGBTQ travelers, and Brussels is undoubtedly the gay capital of the country, with most of the city’s gay life being centered around one street in the downtown area: Rue du Marché au Charbon. Apart from the bars, clubs and other parties, these are a few of the best things you should know about visiting gay Brussels.

Pink Screens Film Festival – This annual film festival taking place every November showcases LGBT films from around the world at several venues around Brussels. Several parties and music events are also organized to coincide with the festival.

Brussels Pride – Belgium’s main pride event takes over the city every May and consists of a march as well as many other political, fundraising, music and comedy events. Each year’s pride has a different theme and aims to address and raise awareness of minorities within the LGBTQ community.

Brussels has plenty of cool and quirky hotels, as well as all the big chains you’d expect. They’ll likely get full when there’s a conference or special event in town, so definitely consider booking in advance. I’ve found that using Booking.com, Agoda.com or Hotels Combined can be really useful for finding last-minute deals.

JustFly Reviews: 5 Places to Visit in Europe For Young Travelers

Read More about JustFly Reviews: 5 Places to Visit in Europe For Young Travelers

One million flowers: Photos of the Brussels Flower Carpet

Photos from the bi-annual flower carpet in Belgium. The 2012 Brussels Flower Carpet’s theme is “Africa” and features one million begonia flowers.

Read More about One million flowers: Photos of the Brussels Flower Carpet

Design hotel in Brussels: The Dominican

Well, hey, this was a lovely hotel stay. The Dominican hotel is located in downtown Brussels—just a few short steps from the Galeries Royales Saint-Hubert where you can find all sorts of touristic (and local!) things to do (and near a delightfully delicious Belgian restaurant). It’s a member of Design Hotels and the rooms certainly met …

Read More about Design hotel in Brussels: The Dominican

Glamping in Brussels at the Vintage Hotel

During my trip to Belgium I had the luxury of staying in the Vintage Hotel. It’s generally regarded as one of the city’s most stylish and best-designed hotels (gay-friendly, too!). The hotel is located just off Brussels’ most fashionable shopping street, Avenue Louise. With 29 unique bedrooms, the Vintage Hotel is probably one of the …

Read More about Glamping in Brussels at the Vintage Hotel

A weekend trip to Belgium reveals that the country is weird—but in a good way! Quirky museums and funny customs.

Read More about Belgium is weird