Seeing as how this is my first time in a country I hadn’t visited before, I thought I’d share some of my first impressions of Helsinki. I had quite a few expectations before visiting the Finnish capital—some of which have lived up to the reality. I’ve also got a tendency to record my first impressions in my travel journal (Moleskine, naturally), so I wanted to share a snapshot. 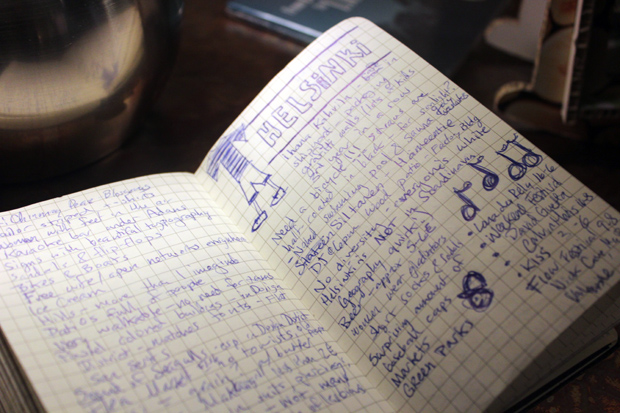 My initial assumption about Helsinki is that the city is very “design-friendly.” Meaning plenty of art galleries, inspiring architecture and public spaces, boutique shops, trendy locals and so on. Shortly after arriving I wandered in the area around my hotel, the Design District, where the signs of Helsinki’s design-friendliness were more than apparent. Boys wearing sailor-striped shirts and girls in gladiators. Shops selling antique furniture and vegan-friendly restaurants. I knew I was in my kind of place.

Some other first impressions from my first 36 hours in Helsinki:

I’ll have more observations and stories to share after my trip. So far, I can’t help but say how impressed I am with Helsinki. Though I have to admit after just 36 hours here, I feel like I’ve seen quite a bit! But with the nice weather here, it shouldn’t be hard to fill my time with a sunny picnic or two! 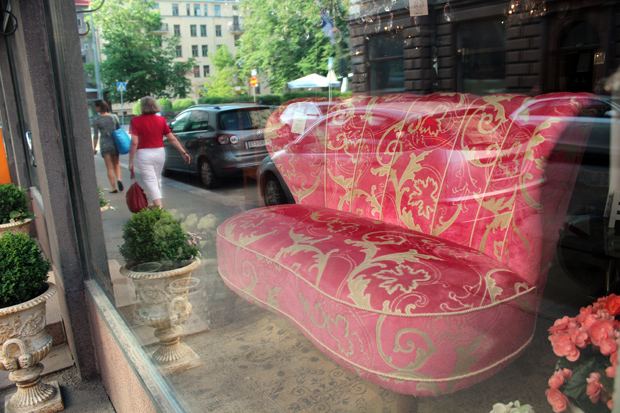 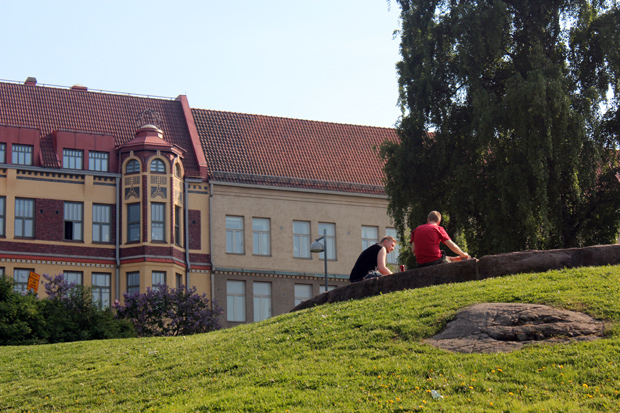 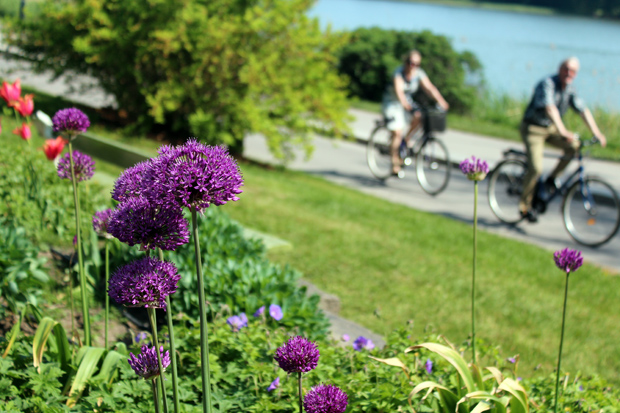