Back in November/December, I enrolled in a 4-week language course in Berlin at the did deutsch-institut. I needed a formal setting to try and learn the German language, and in the end, I’m very glad that I took the course. During those four weeks, I was motivated to practice my German in and out of class. With occasional homework assignments, and a very public place for me to report back on my studies, learning German was a big goal. And one that I was happy to keep working at, as difficult as the language may seem.

Was the course successful, though? For that, we have to examine what my goals for learning German are… 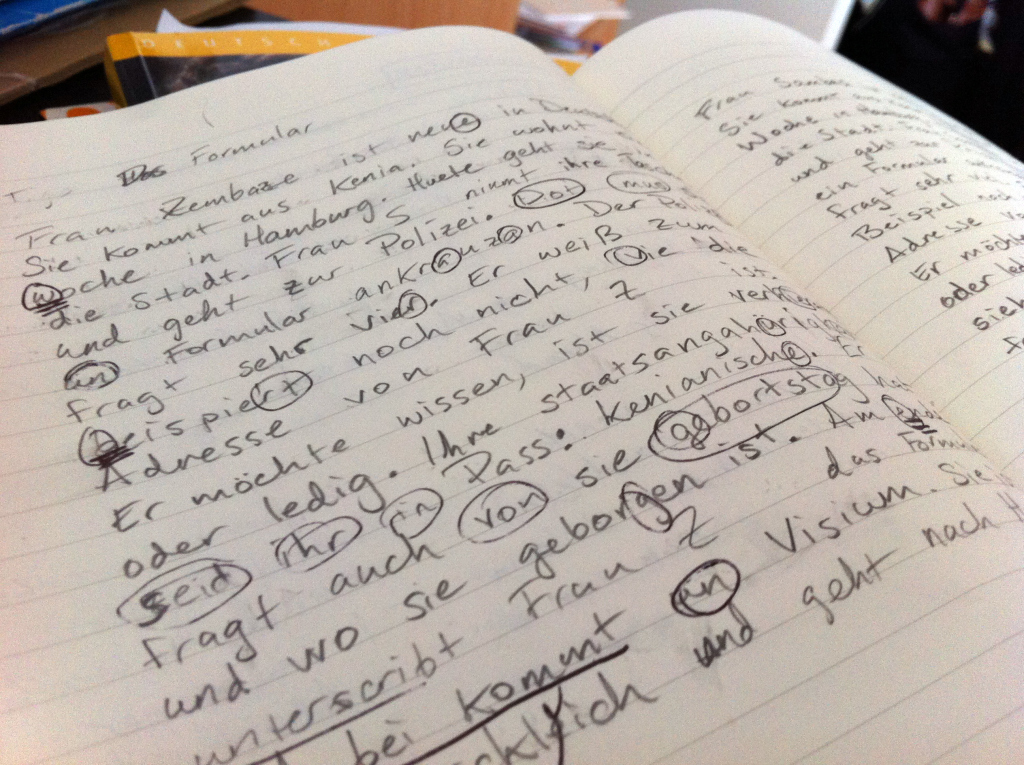 Listen, I know I’ve been in Germany for a long time now, and I really should have a much better understanding of the language. Life (and work) distracted me for far too long. So with my language course, the main goal was definitely to, you know—learn the language. To pick up new words, to gain a better understanding of the German grammar (ha!) and to have fun while doing it.

Four weeks wasn’t enough time, but it was enough to learn quite a few of the basics. Not just to get some working knowledge of how the grammar works (basically: it’s hella confusing), but also to be able to form my own sentences and my own short stories. I’ve got a long way to go, but it’s definitely a start!

I think the most difficult part about learning a new language (or just about anything for that matter), is often a fear of being wrong, of embarrassment or of failure. I’ve successfully managed to accomplish all three while living in Berlin, but with a daily language course, my fears dissipated with each new lesson. By the end, I was pretty confident in at least being able to successfully manage my way around immigration, grocery stores and basic conversations in German.

Since completing my introductory course, I definitely feel safe using some German words and phrases. I no longer feel awkward when going to a café, or the post office, and am able to get by in most situations. I know I still make mistakes, but hopefully less than before. And at least I don’t feel as bad about the mistakes that I do make, because I know I’ve at least tried.

Goal 3: Motivate myself to learn more

During my German language course, not only was I in class for four hours a day, but I was also doing quite a bit of self-study. The daily blogging kept me motivated because I was eager to show that I was actually learning some German, but I also often left class inspired—ready to practice in the real world. On the weekends and afternoons, I’d even open up duolingo.com for some extra practice. Now that the course is over, it’s a lot less often that I’m finding the energy or the motivation to keep up with daily practices. It also doesn’t help that I spent two weeks traveling around Israel this month.

But seeing myself less motivated, and knowing how motivated I was during my course, leads me to a logical conclusion: I must keep studying in a formal setting! Stay tuned for more information about how and what I’ll do to keep myself motivated to learn German.

What’s the verdict? Successful, I guess…

Was it successful? I think so. For a full recap, and a review of my language school, visit this page on MyBerlinStory.com.