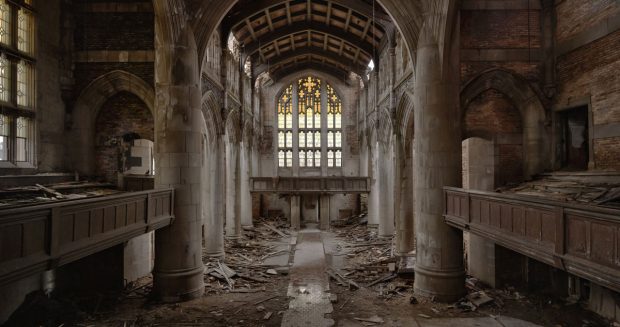 The growing trend of “urban exploration” (or, if you want to be a bit more douchey: urbex) takes center stage in a new film by Nikolaus Geyrhalter, Homo Sapiens, which premiered last week at the Berlinale International Film Festival. Think what you like about the trend/habit/hobby, but Geyrhalter’s portrayal of Earth is strangely surreal, and, noticeably: sad. It’s a bit different than how most urbex explorers find abandoned buildings and places.

The images from Homo Sapiens could easily be from our future, a world without, frankly: us. The scenes are decidedly not pretty. That’s different than most #urbex images you’ll find on Instagram—where scenes are carefully crafted and the colors pop. Geyrhalter uses a more muted color palette. Almost all the scenes are set during grey days, when the weather’s just not perfect. It’s either raining or windy or dusty or snowing, even as the film traverses the four seasons. Watching the film, you never really know where you are—even as the shots move down streets, closing in on particular icons. And yet it’s obvious the scenes come from all over. There are Japanese characters, Soviet signs, an abandoned McDonald’s and office buildings with papers still ruffling about. There are housing estates with broken windows, abandoned amusement parks and birds filling the sky in a decommissioned reactor.

Wide shots, perfectly framed (often symmetrical), Geyrhalter uses static scenes to plainly show a world that could be our future. Often the only movement in each scene is either the wind, birds, insects or frogs. Never a human. It’s a foreboding image. And while films without dialogue may not be everyone’s cup of tea, this one has some truly spectacular shots (a rollercoaster on a seashore stands out). Sitting in a theater full of people watching scenes from our real world, no words spoken, no composed music—just the natural sounds of a world deserted of humans. It’s spooky and interesting. And sad. A million thoughts rushed through my mind, from the state of our world today to my to-do list, but I couldn’t take my eyes off the imagery.

I wish I could share more images from the film, but these are the only two stills available. You’ll have to look out for the movie during a wider release to see more. Or check the website, homosapiens-film.at for more. 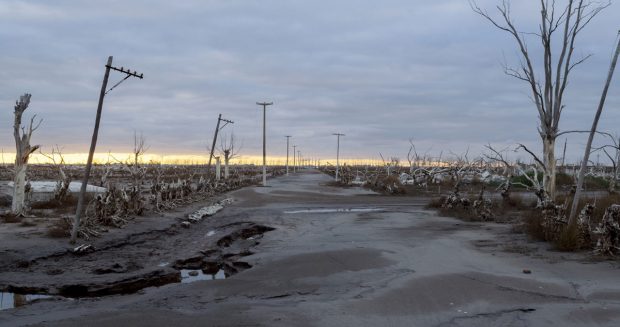