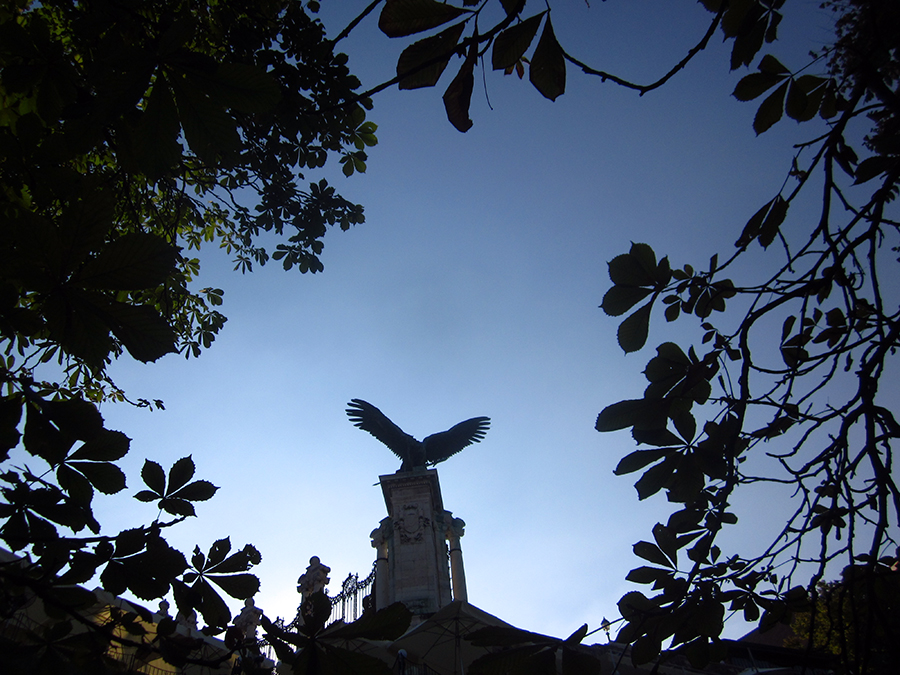 When most people think of luxury travel, I doubt Eastern Europe pops into mind. At least it didn’t for me. But with so many Budapest travel guides mentioning how beautiful and picturesque the city is, it’s hard to deny the city’s charm. The Hungarian capital city is often cited as one of the most beautiful cities in Europe, and where luxury travel is concerned—beauty is at the top of the list. 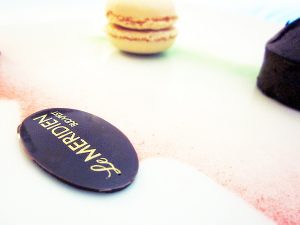 Looking for a slightly romantic & relaxing escape from Berlin, we headed to Budapest for a long weekend. Though there are many types of accommodation in Budapest, we ultimately ended up at the 5-star Le Meridien hotel. Its location was perfect: near the main shopping street, steps from the metro and just across from the ultimate park for summer hangouts: Erzsébet tér.

Our welcome into the hotel set the tone for the weekend. The lobby—with its grandiose chandeliers and welcoming staff—matched the opulent Hungarian buildings we noticed on our ride into town. Arriving in the afternoon, we enjoyed a quick snack of chocolates and macaroons at the Le Meridien before starting our exploration of the city.

Walking outside the hotel, we headed straight for the Danube river. Though Berlin has a river and many canals, it just can’t compare to the grandeur of the Danube which flows through many of Europe’s most beautiful cities. We would end up finding our way back to the river each night of our long weekend trip. 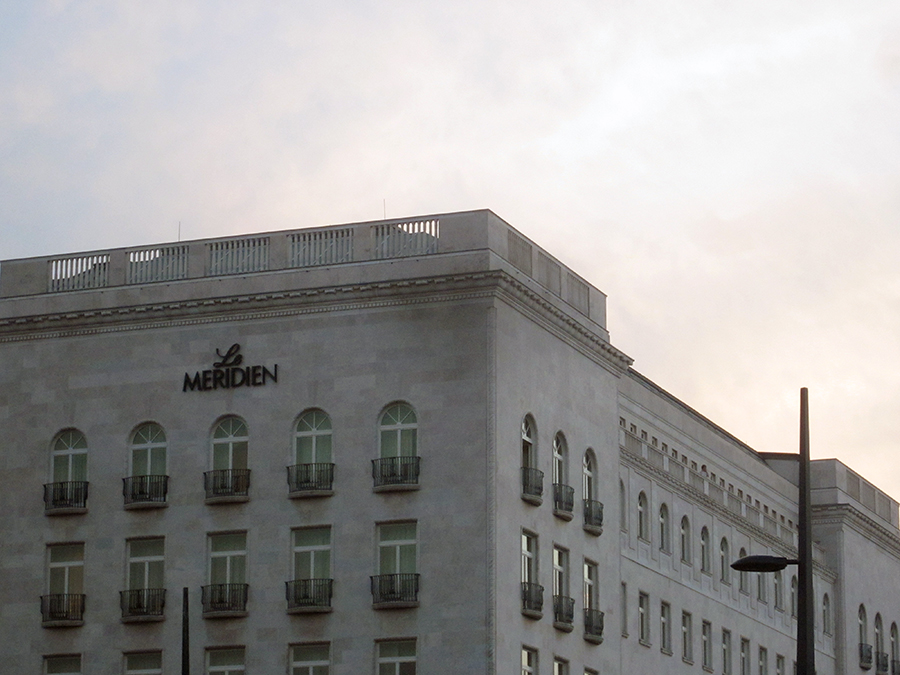 Our second day in Budapest, we embraced the luxury lifestyle we’d heard so much about in Budapest: the baths & spas. Walking from the stunningly spacious Heroes Square, we found our way to the city’s most popular bath: Széchenyi Fürdő. Though we’d end up spending most of our afternoon there, the bath (albeit beautiful) was crowded and less-than-relaxing. With the intention of finding a peaceful and relaxing Budapest bath during our trip, we stumbled upon the Lukács Baths the next day—the same one that Angelina Jolie visited on her trip to Budapest. Now, I’m no Brad Pitt, but I know a nice spa when I see one!

Lukács wasn’t crowded, it wasn’t full of tourists and it wasn’t expensive. Indeed, it felt very exclusive but approachable. Though the baths are on the original Turkish site, the building is currently from the 1800s and is being renovated today. But with a small sauna, a large area for private massages and other spa amenities, Lukács was a welcome escape from the city life outside. 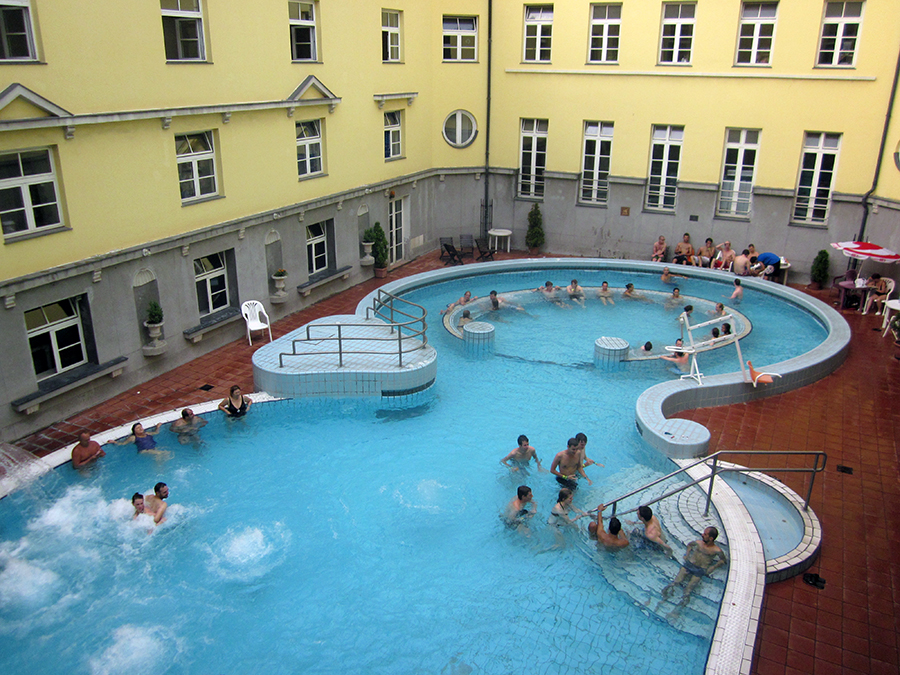 Eating (and drinking) in Budapest 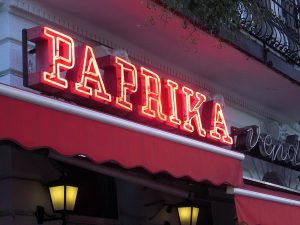 Though we visited plenty of hipster places in Budapest (dive bars, markets with take-away langos, etc), because this was a sort of romantic escape (how could it not be with stunning 19th century opera houses & visits to the spa?!), we also splurged on some decent restaurants. Avoiding the touristic and over-priced restaurants on Budapest’s main shopping street, we headed north near Heroes Square. The square—which sits at the end of the very trendy Andrássy Avenue—dates from the 19th century and is bordered by two of the city’s most popular museums. Just a few blocks from Heroes Square, however, is Paprika Vendéglő.

Paprika—a personal favorite spice of mine—is used a lot in Hungarian cuisine. We ordered some traditional Hungarian foods at Paprika Vendéglő: goulash, spaetzle & the likes…and beer, of course. It’s not 5-star dining, but with a good budget you can enjoy a really fine meal here. And the terrace overlooking the city park across the street is wonderful for a summer evening. 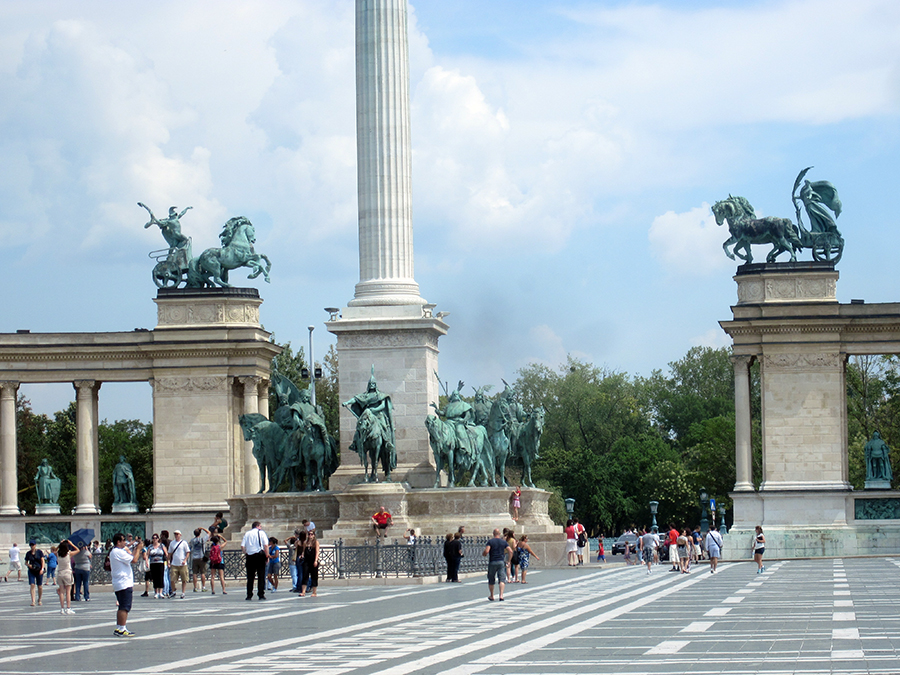 Budapest seems to me a great destination for every type of traveler. From hip, trendy cave bars made out of found furniture to classy hotel bars serving champagne, Budapest has you covered. I enjoyed mixing up both styles during my long weekend in Hungary. And with a bit of exploring around the Budapest baths & spas, finding luxury was easy, fun and surprisingly affordable.

Disclosure: my stay at the Le Meridien Budapest was in partnership with Starwood Hotels & Resorts, though all opinions are my own.