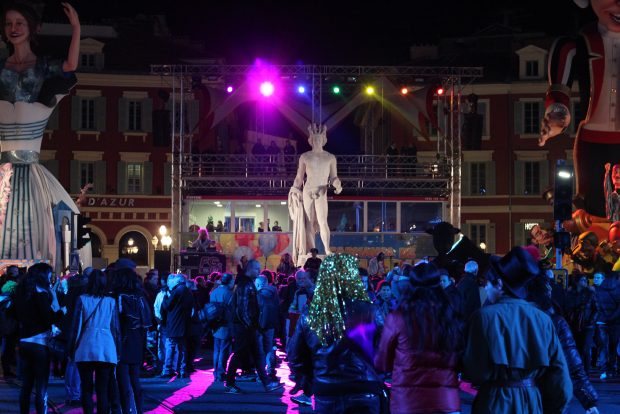 A few weeks ago I was lucky enough to visit Nice, France for the very first time. The trip was planned around the city’s annual Carnaval season — which is big business for this small, Mediterranean city. Nice traditionally holds one of the world’s largest carnival celebrations. It goes on for almost a full month with parades held just about every other day.

This year, Nice did something a bit different, though. In addition to all the regular Nice Carnaval parades (including the rather famous but tepid Flower Parade—more on that later), the city added to the agenda the first ever gay carnival in France. Called “Lou Queernaval,” the event took place on Friday night, February 27, with live bands, dancers, traditional carnival floats and LGBTQI organizations throwing glitter and confetti across the Place Massena. The night was full of colors and characters—a friendly (and free!) environment for the queer community of Nice and visiting travelers.

The event, fully funded by donations, included six floats and a number of performers. Though there were fewer floats than the other carnival parades (the nighttime Parade of Lights had 18 floats I think), the crowd felt much more energetic. On my 3-day weekend in Nice, I went to three and a half different carnival parades (the daytime Carnaval on my last day just couldn’t hold my attention anymore…) and the Lou Queernaval LGBT event was clearly the most fun. There was more glitter, more confetti, more topless guys and just a lot more energy. 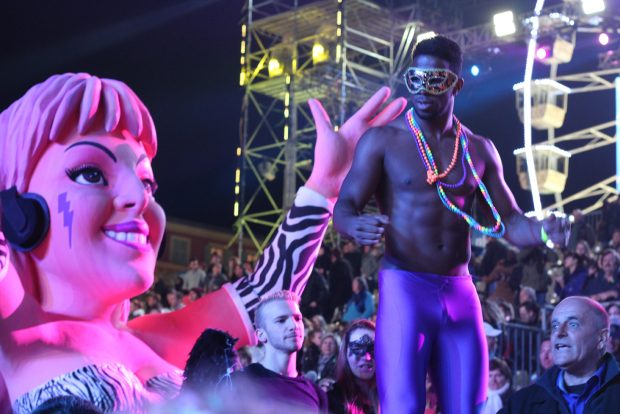 And bonus: the Queernaval was free!

In total, there were over 15,000 visitors who attended Lou Queernaval parade on Friday night. Thankfully the hour-long parade wasn’t the end of the night though. Local promoters and LGBT organizations from Nice planned an entire weekend of gay carnival events. My night ended at one of Nice’s most popular gay clubs, Le Glam—a bit of a hot mess and a lot more fun than I would’ve expected from the French Riviera (Côte d’Azur)! Sorry! No photos from the dance floor, but instead—enjoy the photo essay below of France’s first-ever gay carnival! 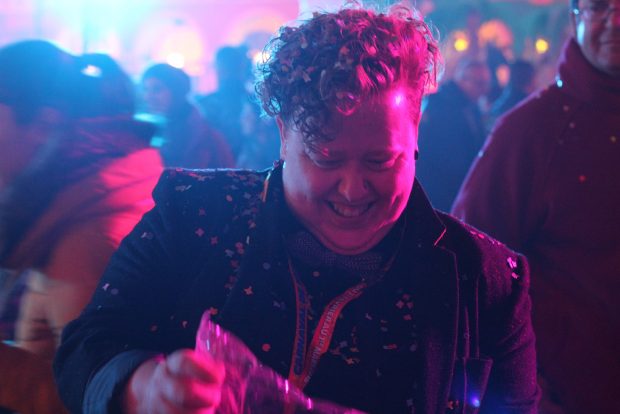 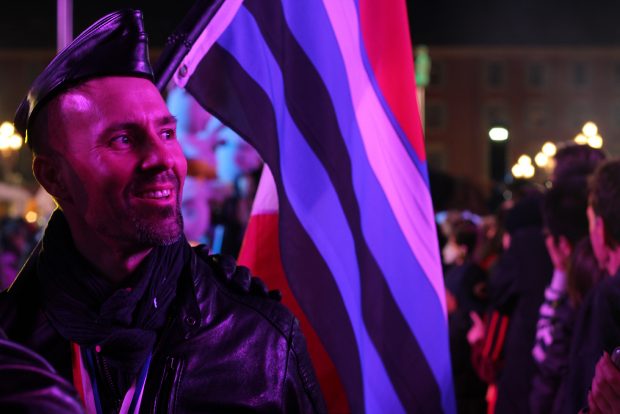 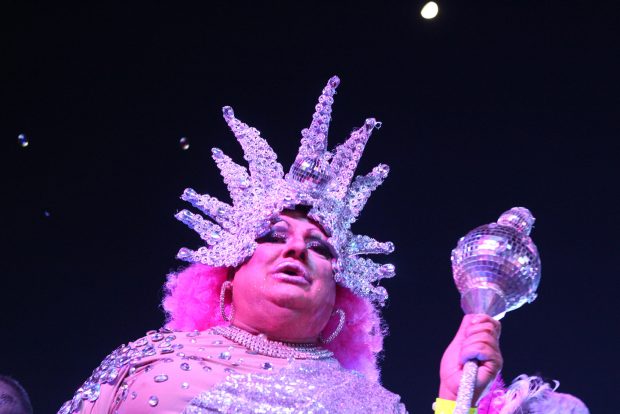 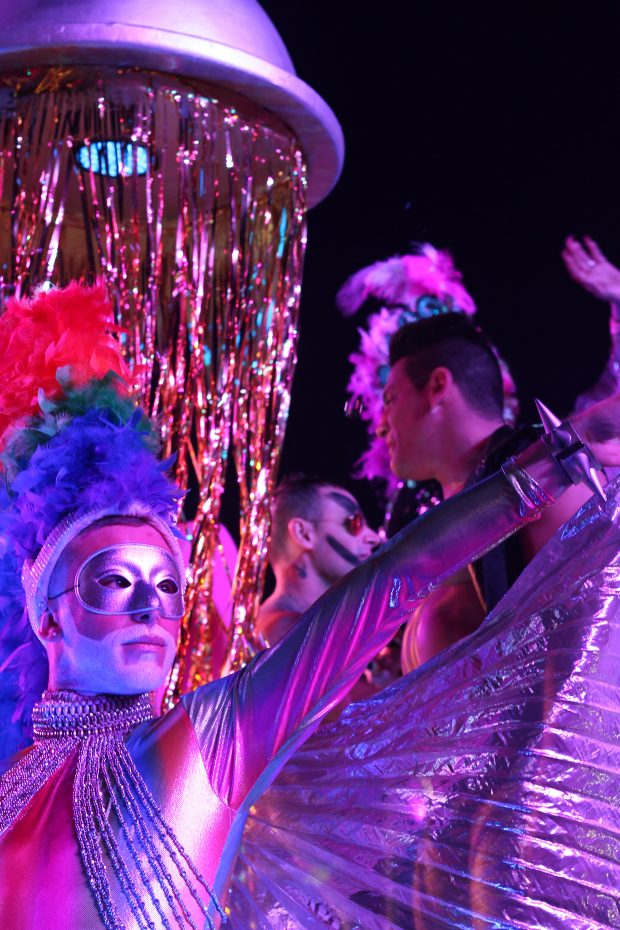 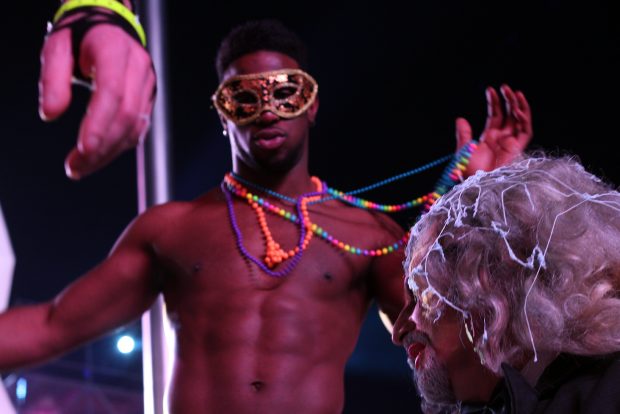 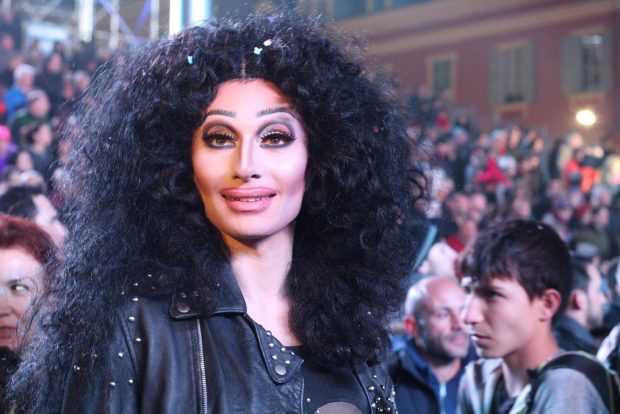 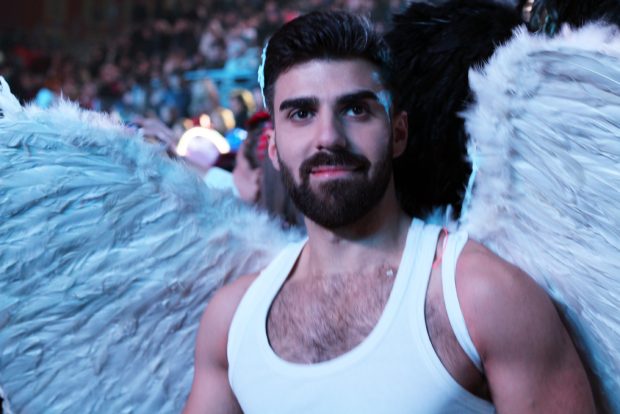 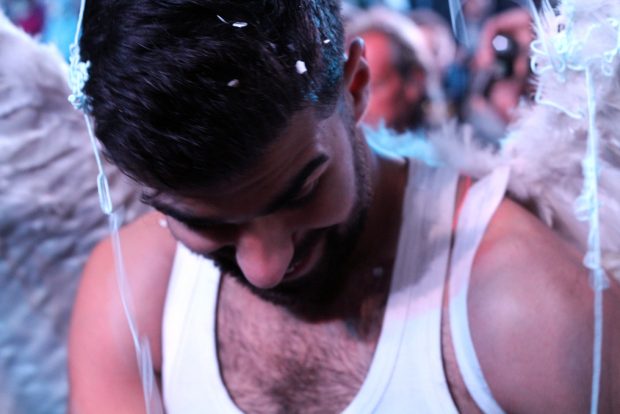 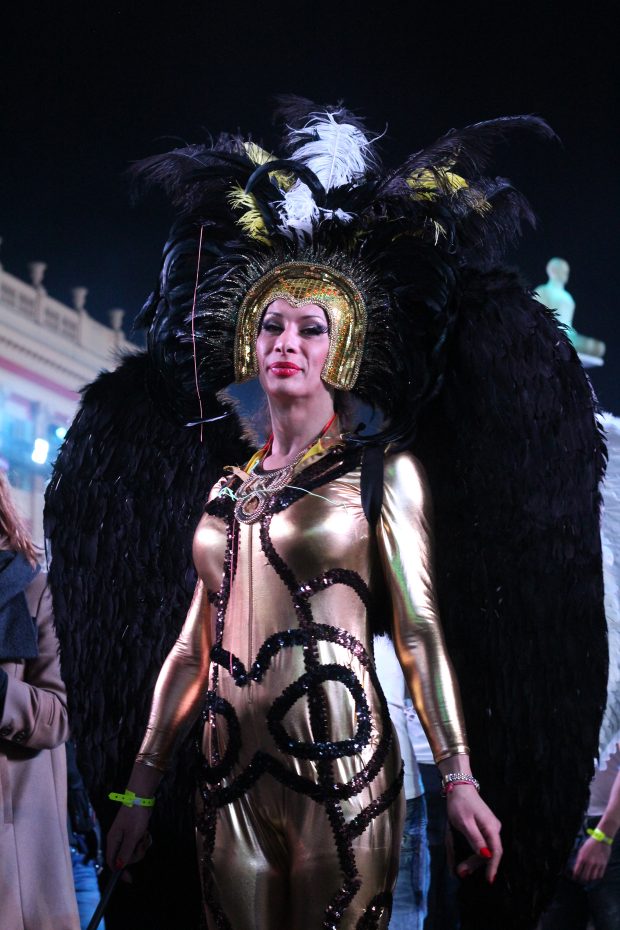 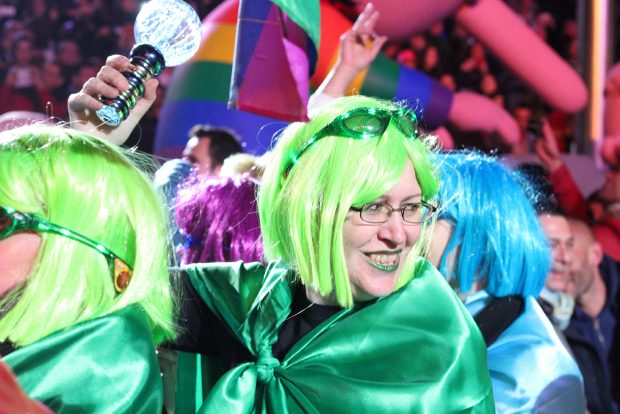 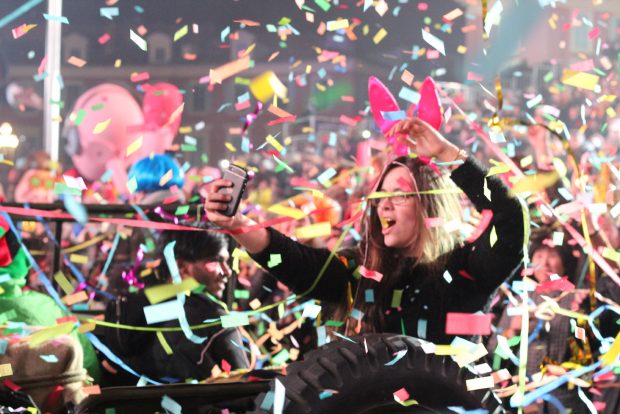 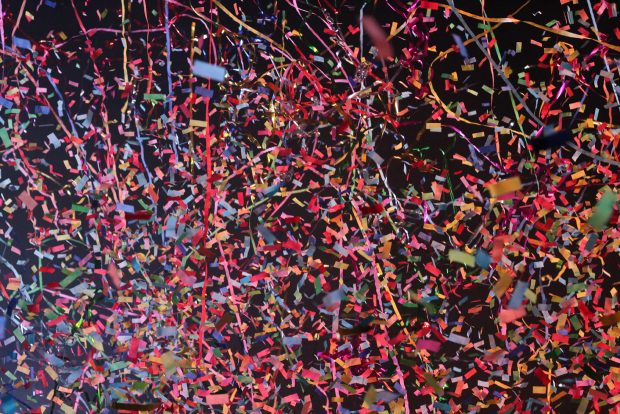 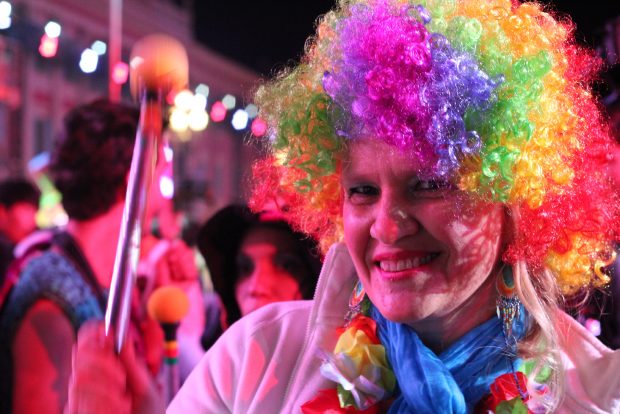 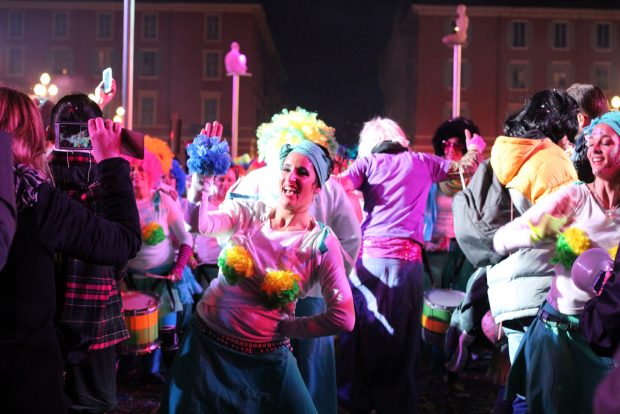 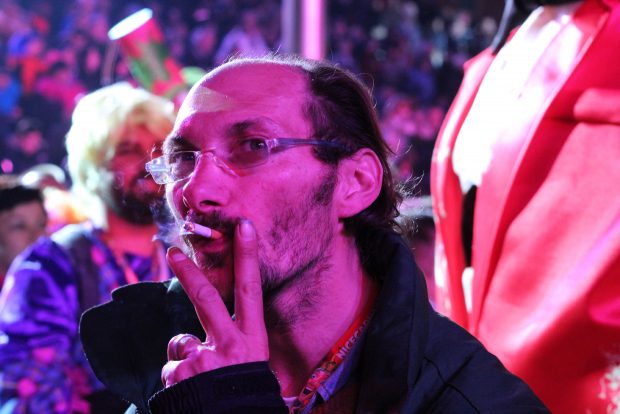 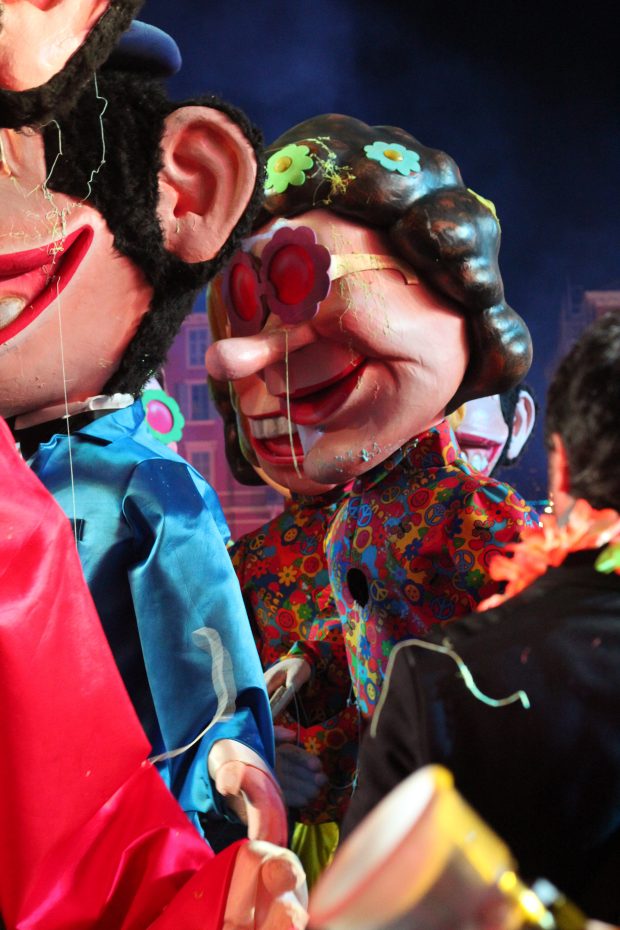 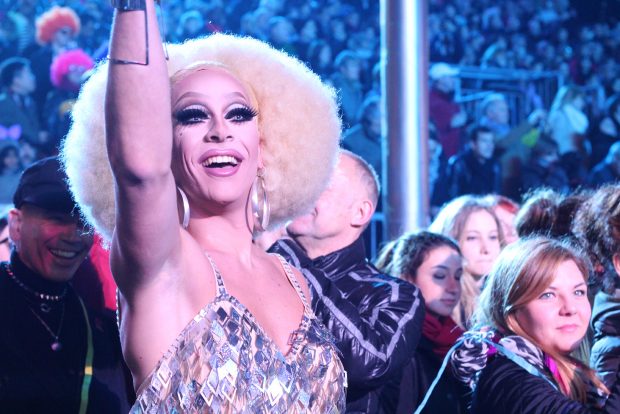 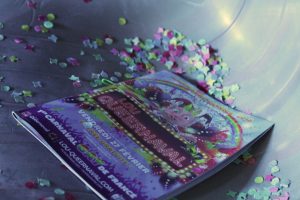 For more about the Lou Queernaval, visit their official website. To learn more about the other Nice Carnaval events, including how and where to buy tickets for next year, visit nicecarnaval.com.

I was invited to attend the event by the city’s official tourism organization. For more Nice travel tips (especially helpful for planning holidays during the carnival season), visit their website at nicetourisme.com