Consisting of Myanmar (Burma), Laos, Cambodia, Vietnam, Thailand, Malaysia, Singapore, the Philippines and Indonesia, Southeast Asia is a hugely diverse and historically rich region of the world. Known for its secluded beaches, excellent food, Buddhist temples and generally low prices, it’s a popular place with budget backpackers, but also has a lot to offer those seeking a bit of luxury as well. Start here with my basic Southeast Asia travel tips, or jump down below to read my latest Southeast Asia travel blogs.

• On the beach in Cambodia: Bamboo Island

• Getting spoiled in Saigon 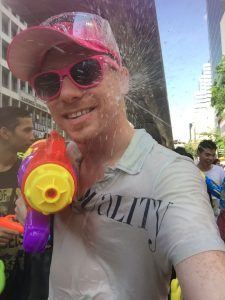 Deciding when to visit Southeast Asia depends a lot on which parts of the region you’re going to. Being close to the equator, temperatures are always pretty high, and being surrounded by ocean means there’s a lot of variation in rainfall around the region.

In Thailand, generally May to October is the rainy season, so times outside of this window are a good time to visit. In much of Indonesia, the rainy season is exactly opposite: between December and February, meaning that northern hemisphere summer months are usually a better bet for that country. On the other hand, Myanmar (Burma), Malaysia, Singapore, Vietnam, Laos and the Philippines are best visited in the first few months of the year.

Cultural and religious celebrations are also worth keeping in mind. The Lunar New Year (also known as Chinese New Year) in late January or early February will be a busy time to travel, but it can be very rewarding to witness the celebrations. Songkran in April in Thailand is a great time to visit if you enjoy water fights on the streets with strangers, but perhaps give it a miss if you don’t enjoy big crowds. 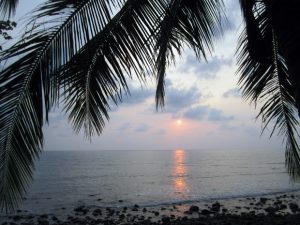 Planning a dream trip to Southeast Asia? There are so many ways to plan a trip, but the first step is choosing a starting point and an ending point—usually dictated by your flights. Once you know your starting city and final destination, you can connect the dots pretty easily. Here are few suggested two-week itineraries for Southeast Asia.

Bangkok – Chaing Mai – Vientiane – Hanoi – Saigon – Angkor Wat: This typical backpacker route (also known as the banana pancake trail) will give you a good taste of the region and highlights many of its most important historical sights. Stay longest in Bangkok for the nightlife, but leave space for the amazing food in Saigon and temples in Angkor Wat.

Bangkok – Koh Samui – Koh Lanta – Langkawi – Penang – Kuala Lumpur: For the beach bums, this route with stops on both the Gulf of Thailand and the Andaman Sea lets you experience the best of Southeast Asia’s beach life as well as two of its biggest cities (Bangkok and Kuala Lumpur) and the historical gem of Penang.

Manila – Cebu – Palawan – Jakarta – Bali: Both known for their extensive coastline and laid-back attitude to life, the Philippines and Indonesia are culturally very distinct and this route through their highlights will give you a good insight into their respective histories. Stay in Manila and Jakarta for a taste of the big city life, while in between lounge on the beaches of Cebu and Bali and explore the untouched wilderness of Palawan.

Check out these great travel deals for multi-day tours & trips through Southeast Asia.

In general, Buddhist countries are quite gay-friendly, and since the main religion of most of the countries in Southeast Asia is Buddhist (with the notable exceptions of the Philippines which is Catholic and Indonesia which is largely Muslim), it’s a pretty easy part of the world to travel as a queer person. That said, it’s not always easy finding place to hang out with other gays, but here are some things to know.

Bangkok is the gayest city in Southeast Asia – As one of the largest cities in the region, it is perhaps not surprising that Bangkok would be Southeast Asia’s gay capital. Silom Soi 4 is perhaps the most obviously gay neighborhood with a handful of gay bars and clubs as well as saunas. And Thailand is famous for its ladyboy culture.

In Laos and Cambodia ladyboys are also commonplace – You might think of ladyboys as only existing in Thailand, but indeed they are an accepted part of society in its two small neighbouring countries too. The Thai word for ladyboy, khatoey, is actually of Khmer origin and has been part of this subregion’s culture for hundreds if not thousands of years.

Indonesia is probably the least gay-friendly country in the region – Recently, Indonesia has become much more extreme in its attitude towards LGBT people, gay men in particular with arrests and even floggings for men engaged in consensual sex.

In much of Southeast Asia you can live like a king for very little money compared to North America or Europe, and especially for accommodation, you don’t have to pay a lot to get something quite special. If you are travelling on a budget though, this is the place for you too! Either way, I’ve always found that using Booking.com, Agoda.com or Hotels Combined I get the best deals especially for last-minute trips. 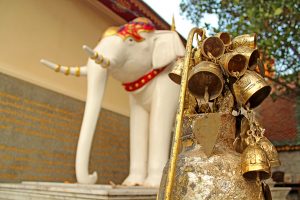 PHOTOS: The Scenic Viewpoint from Doi Suthep in Chiang Mai 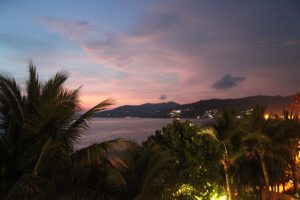 Highlights From My Two Weeks in Thailand

During my two week tour to Thailand with OUT Adventures, there were countless highlights from the food to the nightlife. 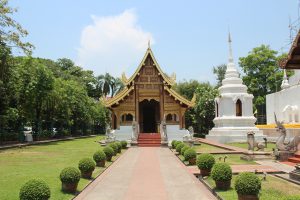 Travel photos of one of Chiang Mai’s many Buddhist temples, Wat Phra Singh in Chiang Mai’s Old City. Plus a story about meeting a Buddhist monk in Thailand. 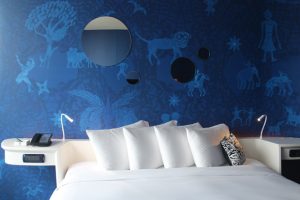 A Design Hotel With a Story: Bangkok’s Sofitel So Hotel

Sofitel So Hotel in the Silom area of Bangkok impressed me from the moment I entered the building. 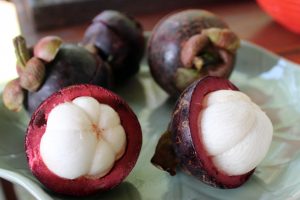 FACT: Mangosteens are the most delicious thing in the world. EVER.

I love mangosteens. LOVE. Here’s the inside scoop on this delicious, tropical fruit popular in Southeast Asia… 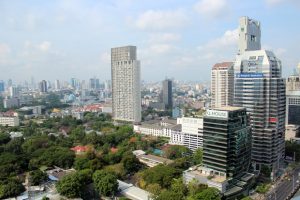 A first time visitors guide to Thailand including specific travel tips on when to go, what to do & city tips for Bangkok, Chiang Mai & the islands 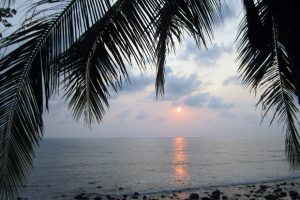 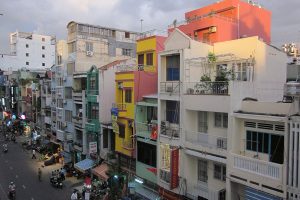 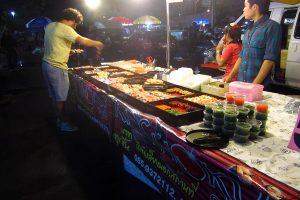 Bangkok has lots of great shopping markets, but the Ratchada-Ladphrao night market & Ladphrao bazaar every Saturday night is Bangkok’s most hipster market. 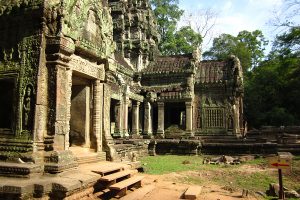 The Ta Prohm temple at Angkor Wat (Siem Reap, Cambodia) is most impressive for the lack of tourism development. The trees are overgrown, the rocks piled up.