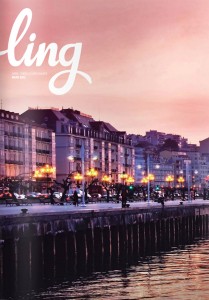 On my recent trip to Catalunya, I flew from Berlin to Barcelona on Vueling. I’d never heard of the budget airline before but on my way to Tegel Airport I noticed several ads. That’s always how these things work out—something you’ve never seen nor heard of is suddenly everywhere. Anyways, Vueling is new to the German market but it’s apparently been around for a while in Spain.

As soon as I boarded the flight I knew it was my type of airline. Their airline magazine, Ling, was beautifully designed and full of interesting travel articles—not the boring business-type you find in America, and more interesting than the very commercial stories on most budget carriers in Europe (looking at you, EasyJet).

Vueling’s on-board music selection is chosen every month by its Facebook fans (who have very good taste, by the way). Songs were along the lines of Regina Spektor, Bon Iver and other indie music. And while the seats were of the typical cardboard-plastic variety (ie, uncomfortable), the flight was short enough that I didn’t care. I was mostly blinded by the very cool in-flight magazine: 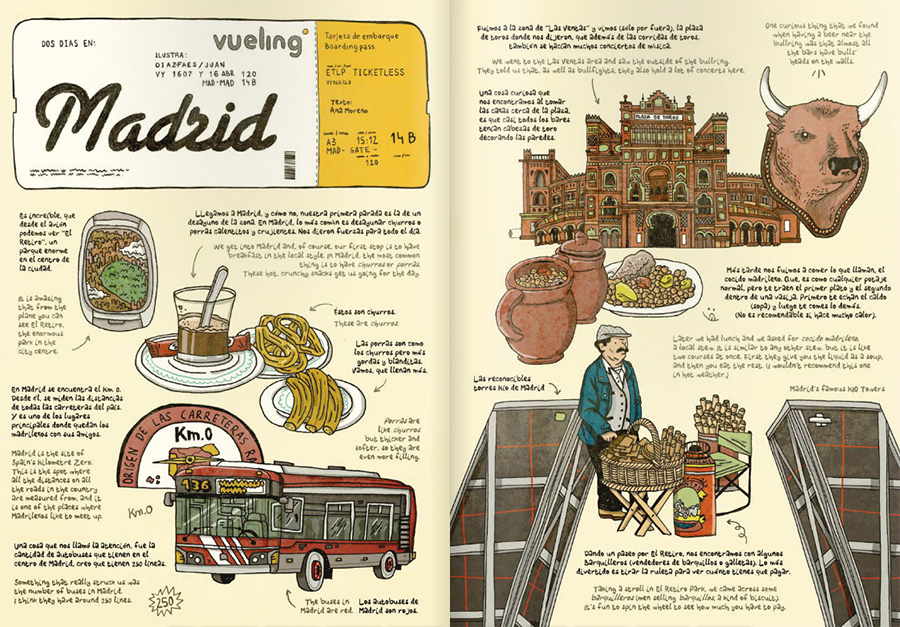 Though Vueling is very-much a budget airline (you pay extra for everything, including the “luxury” of sitting next to your partner), I liked the style. It’s enough for me to claim that this is one of Europe’s most hipster airlines! Though maybe if I ever catch a flight on that gay airline, I might have to re-think this accreditation.

Oh, and while the seat headrests were an ugly mix of 70s colors, the company’s logo and the bright yellow brand color were certainly hipster. But I loved the sign-off from the flight attendant at the end of the Vueling flight most of all! After thanking us for flying with Vueling, they mentioned to follow the airline on both Facebook and Twitter. For Europe, mentioning Twitter on every flight is light-years ahead of the other big brands.

Have you flown Vueling before? Would you recommend them?

My visit to Catalunya (and my Vueling flight) was in partnership with the Catalunya tourism board.