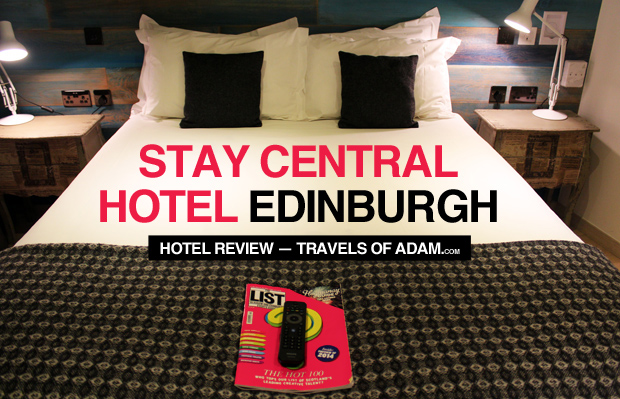 While visiting Edinburgh for New Year’s, I stayed at two different hotels. By far, my favorite was the luxury hostel, Stay Central (boring name, but awesome hotel!). Walking into the lobby, just off the Grassmarket (arguably the hippest neighborhood in Edinburgh), I was immediately impressed. The yard out front of reception had a nice patio and in the lobby was a wall-sized map of the world with guests’ pins from their hometowns.

The hotel offers dorm rooms and private rooms. And there’s also a popular bar & club called The Three Sisters. It was definitely a party atmosphere in the bar with mostly tourists but what I’m sure were a handful of locals as well. With my new friends from the #Blogmanay campaign, we had more than a few beers (and shots of whisky, tequila and who knows what else) while dancing. The clientele at the club, fyi, was definitely hetero, but that didn’t stop me from having a good time. I met a big-bosomed girl from Texas (“You’re from Houston?! Gross,” I told her) and we were pretty much a hot mess on the dance floor. You should’ve seen us during Miley Cyrus’ “Wrecking Ball.” SO. MUCH. FUN.

I would definitely stay here again, but I’d have to confirm before booking that it’s on a side of the building further away from the Three Sisters club. Because when we left the dance floor at 2 or 3am, I stumbled down the stairway only to notice that there were bedrooms directly opposite the dance club. That couldn’t have been pleasant for those folks. Lucky me I was in the attached building far from the noise.

Rooms at the hotel were exquisitely designed. My bed was comfortable and there was an iPod jack in the bathroom (plus a rain shower—my favorite!) so I could hook up my phone and rock out to One Direction while getting ready for the night. A beaker full of fresh water and my own hot water boiler were nice touches, as well as the free marshmallow sweets and local travel guide on the desk.

If you’re looking for a beautiful room, a fun atmosphere and a convenient location, I can’t recommend enough staying at the Stay Central Hotel. A double room can cost as low as 93€ per night! Use Booking.com to find the best deals. 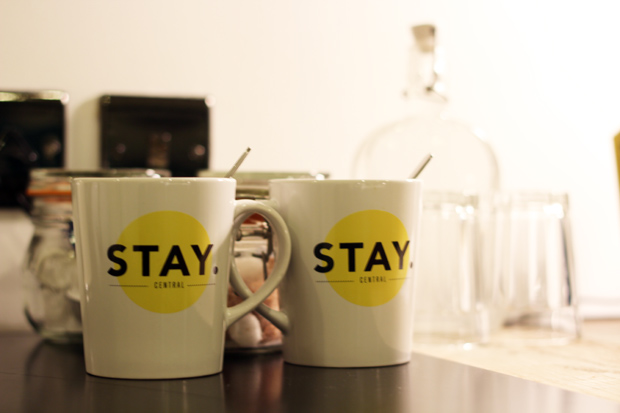 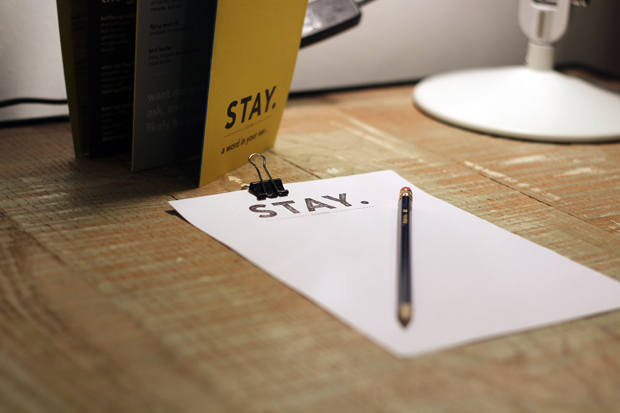 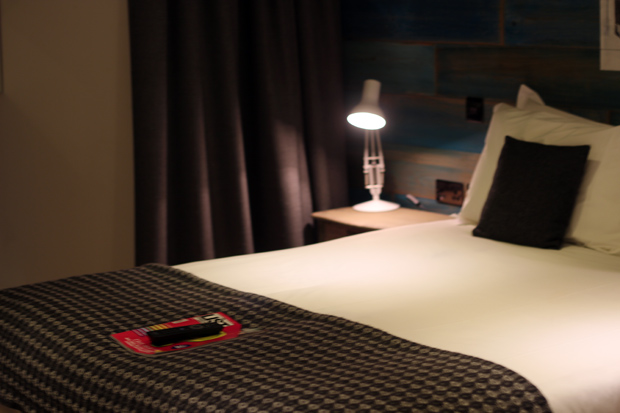 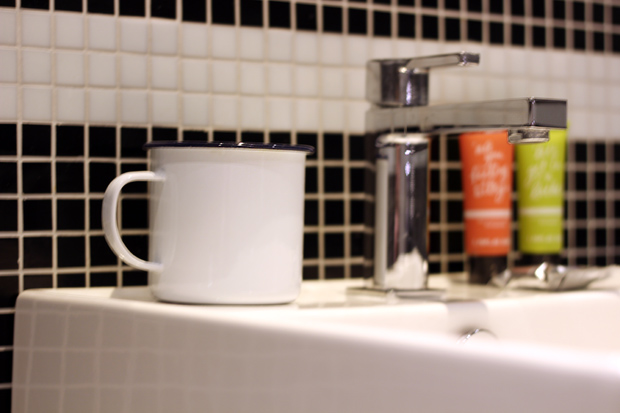 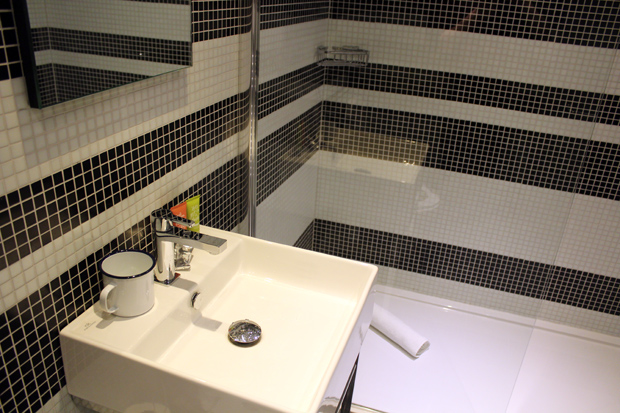 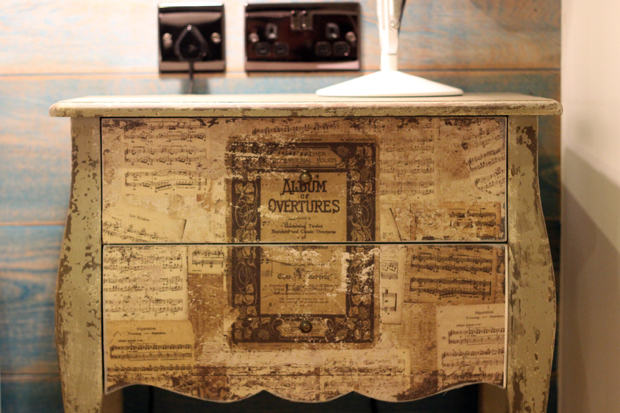 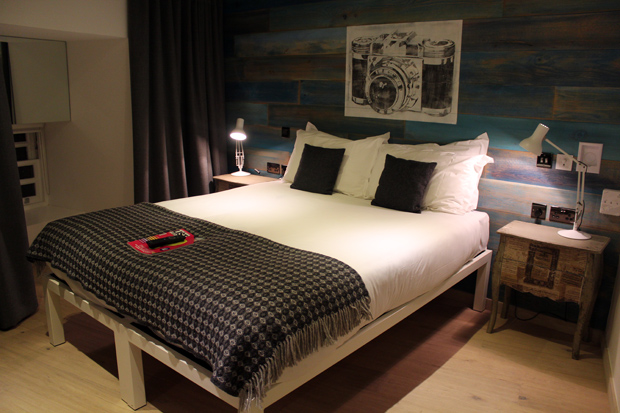 #Blogmanay is brought to you by Edinburgh’s Hogmanay and is supported by ETAG, EventScotland, Homecoming Scotland, VisitScotland, Edinburgh Festivals, Marketing Edinburgh and co-creators Haggis Adventures. Created and produced by Unique Events. As always, all opinions expressed here are entirely my own.