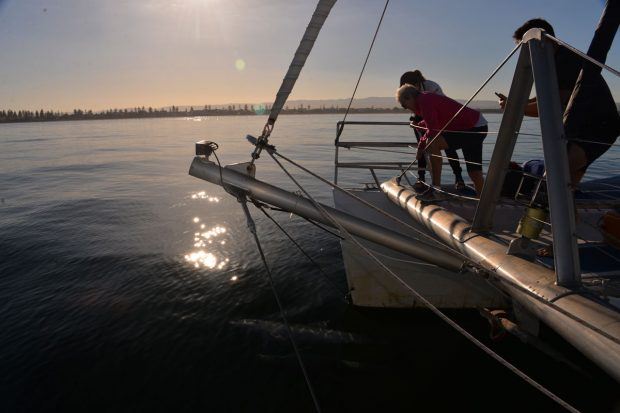 Australia, for some reason, conjures up images of untamed wildlife, raw natural beauty and a terrifying fear of death by nature. I’m not sure where all of that comes from, but somehow there’s this image of Australia’s natural wildlife as this scary entity. Blame Bill Bryson and his book.

In reality, while there are many terrifying animals in Australia, you likely wouldn’t ever experience one. And it’s this incredible natural beauty of undisturbed animals and rugged landscapes which makes Australia absolutely so fascinating—even for a city boy like me.

So when I learned I could go swimming with wild dolphins during my trip to Adelaide, I was simultaneously excited and terrified. Turns out that of course I didn’t need to be. The crew from Temptation Sailing made the experience easy and comfortable for our group. Even if the first thing we did upon arriving on the boat at 7 a.m. was signing a waiver in case of our death. 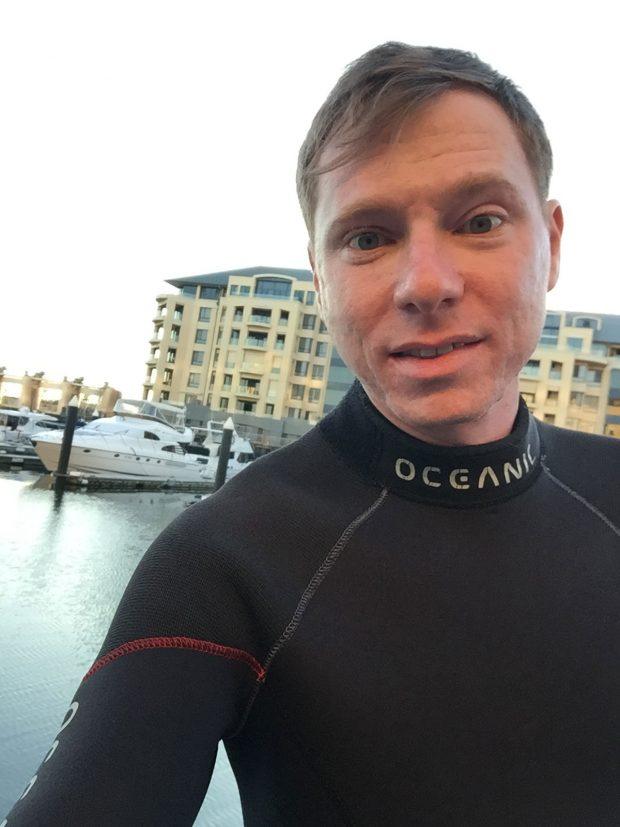 I was at apprehensive when we were first given a wet suit upon boarding. Our guide showed us a small poster explaining how we were going to get in the water upon their signal. Two ropes would trail out from the back of the boat and we’re meat to hold onto them, keeping our feet pointing inward so as to not scare away the dolphins. Unlike other “swimming with dolphin” experiences, this one run by Temptation Sailing takes a strong stand in providing eco-conscious tours. The dolphins are wild, not caged, and we’re far enough away to not disturb them in their natural habitat.

Out in the open ocean (thankfully, though, not very far from the shore), you’re able to witness dolphins swimming just as they normally would. I didn’t know what to expect before I first got in the water, but upon seeing a pair of dolphins just a few meters away, playfully swimming around one another, I was hooked. Every swim we did after that first jump in the water, I was up at the front of the line to get back in.

By the end of the morning and countless swims, I’d seen dozens of dolphins. I’d heard their clicks, squeaks and whistles. I’d never felt closer to nature.

Temptation Sailing is the first company in South Australia to be given a dolphin swim license & has been conducting successful wild dolphin swims in Glenelg, South Australia since January 2002. The boat is a comfortable catamaran and for those that don’t want to get in the water, it’s also possible to watch from above; sometimes even the dolphins jump out of the water. After hours on the boat and in the water, my body was exhausted but I found that I couldn’t stop smiling. Even with the early morning wake-up and the day full of activity, I was full of adrenaline, ready to explore more of Australia’s wonders… 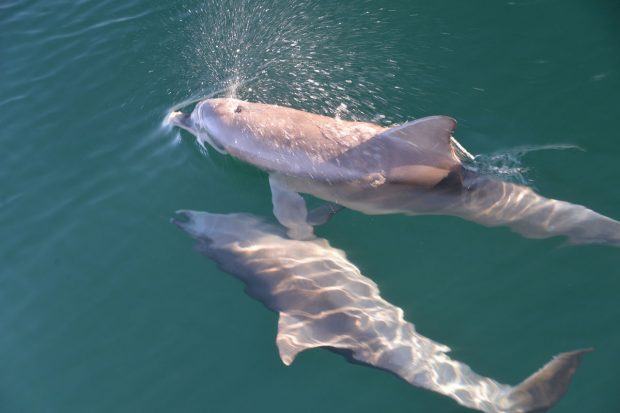 My trip to Adelaide, South Australia was supported with the help from South Australia Tourism. Many of the photos here are courtesy from Temptation Sailing during my morning on the boat. For more travel tips to South Australia, visit the SouthAustralia.com website. 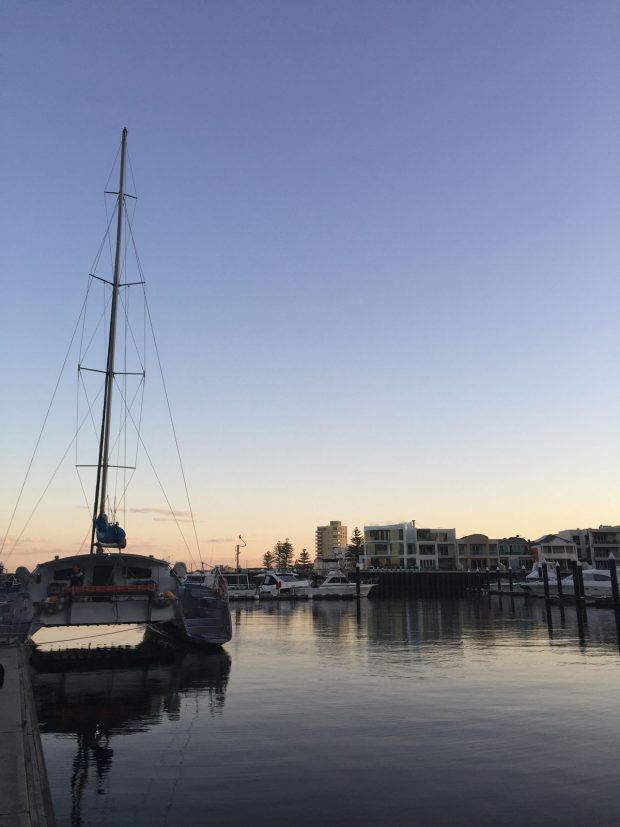 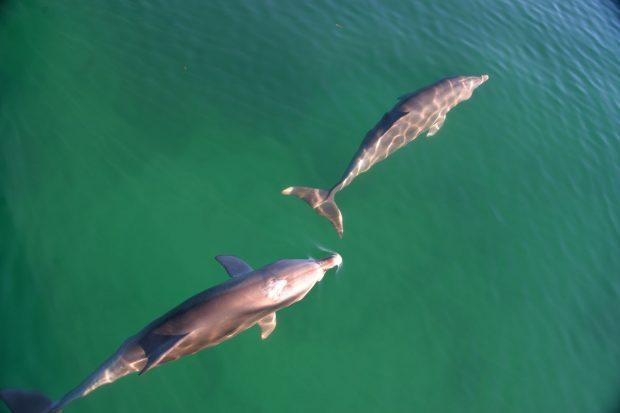 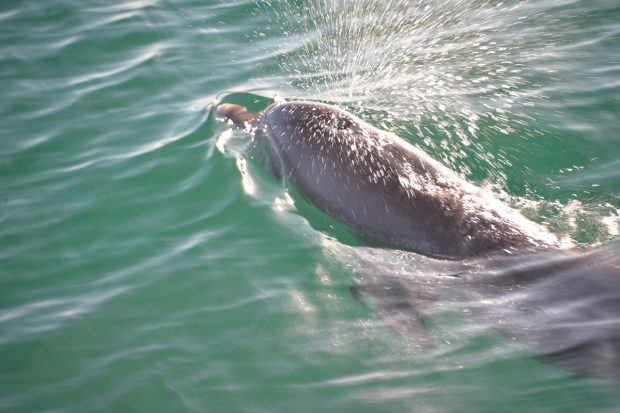 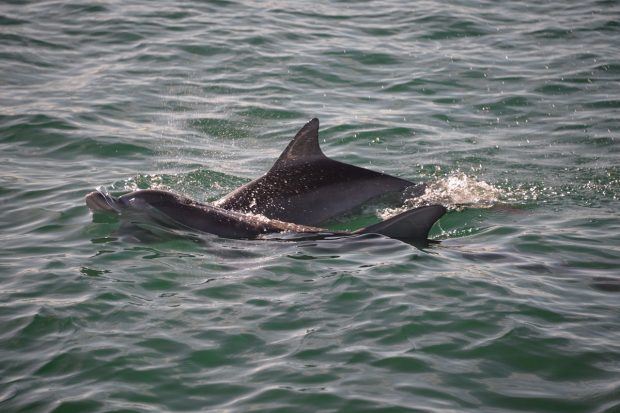 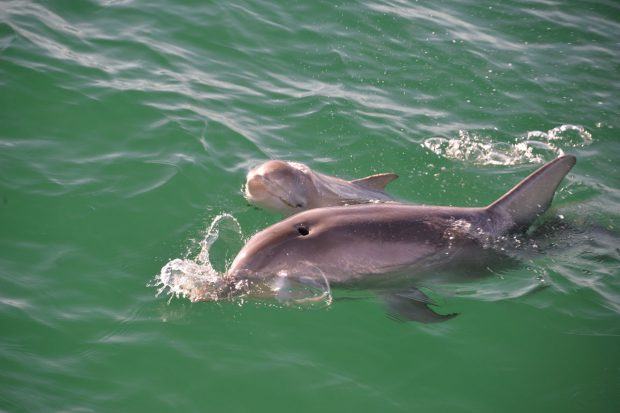 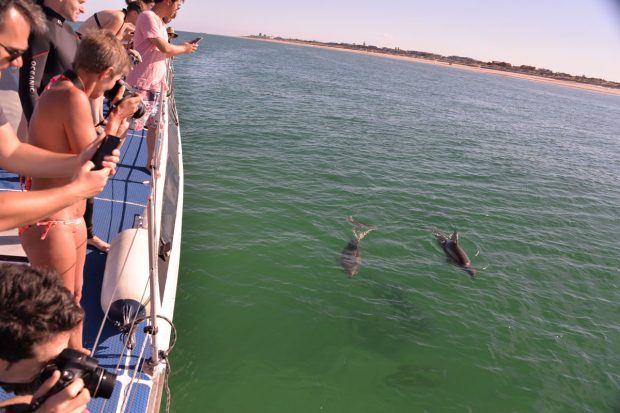 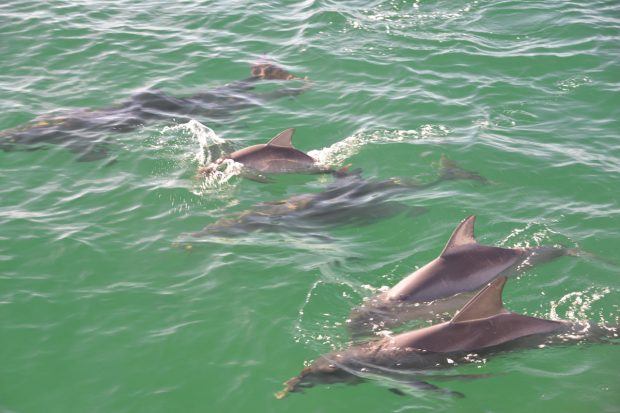 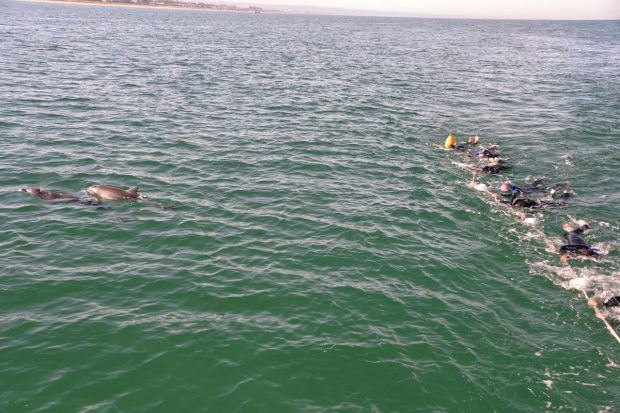